Republicans say "return to sender" all victims of U.S.-funded violence in Honduras, no matter how young: "... So inspired were they, the GOP-controlled House of Representatives stayed late Friday to distort and demagogue a humanitarian crisis, passing a reprehensible bill that the Republicans claim addresses the border crisis. ..."

The GOP has shown time and again that it is incapable of passing any meaningful immigration reform. But give them tens of thousands of Central American children fleeing violence, and they fly into action. Turns out, what animates today's Republicans is deporting kids.

So inspired were they, the GOP-controlled House of Representatives stayed late Friday to distort and demagogue a humanitarian crisis, passing a reprehensible bill that the Republicans claim addresses the border crisis.

Kevin Appleby, director of the Office of Migration Policy at the U.S. Conference of Catholic Bishops, told me, "This bill guts any real due process for these children and ensures that the vast majority will be sent back to their persecutors. ... It would literally send some of these children back to their deaths." ...

Also see: Child Refugees: The Consequences of the 2009 Coup in Honduras

A Refugee Crisis, Not An Immigration Crisis

WASHINGTON (CN) - The Obama administration is imprisoning thousands of children under an illegal "no release" policy, eight children and mothers from Mexico and Central America claim in a federal class action.

All eight lead plaintiffs, who are identified only by initials, are being held at the Karnes County Residential Center in Karnes City, Texas, 60 miles southeast of San Antonio.

The lawsuit resembles a slew of similar cases brought against the Reagan administration 30 years ago, when it was imprisoning children and families fleeing the wars in Central America.

Then, as now, the administration opened up detention centers in remote places, reducing access to legal counsel, expediting deportation hearings and denying political asylum to thousands of people who had well-founded fear of persecution in their homelands. The Reagan administration policies led to wide-ranging federal court judgments in favor of the persecuted people, which judgments, however, did not come until the Central American wars were essentially over.

Those policies have been reinstituted, according to the Jan. 6 lawsuit. The only real difference is that today's refugees are not fleeing open civil war, but violence from police and drug cartels fighting for control of Mexico, El Salvador, Guatemala and Honduras.

Attorneys for the mothers and children in the new lawsuit claim that each of their clients has been found by an immigration officer or immigration judge "to have a 'credible fear' of persecution, meaning there is a 'significant possibility' she or he will be granted asylum." But the Department of Homeland Security holds them in immigration prisons and other holding centers, under a "no-release policy" "not because they individually pose a danger to the community or flight risk that requires their detention, but in order to deter other Central American migrants from coming to the United States." 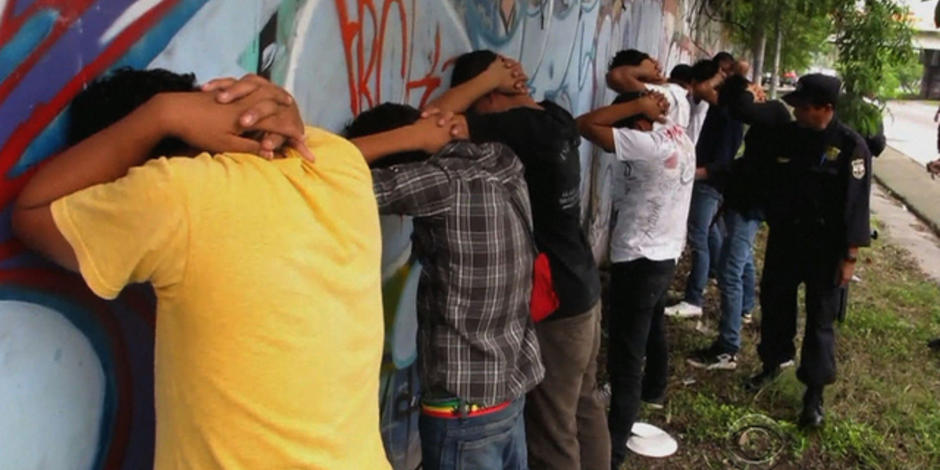 Immigration detention is not designed as punishment, the attorneys say. It is meant to ensure that people appear for the deportation hearings, or, in some cases, to protect public safety. According to the lawsuit, the Obama administration adhered to these principles until June 2014, when increased numbers of children and families entered the United States Southwest. The DHS then decided to imprison them, to deter others, the complaint states.

Since then, "DHS has moved to expand its detention capacity from 96 beds to more than 3,000 beds, with plans for further expansion of the family detention system," the complaint states.

"This detention in a prison-like setting exacerbates the trauma that plaintiffs have already experienced in their countries of origin and during their flight to the United States. Indeed, mental health experts have condemned family detention because of the detrimental - and often permanent - effect it has on the psychological well-being of detained children," according to the complaint.

Plaintiffs seek declaratory judgment that the no-release policy violates the Immigration and Nationality Act, the Due Process Clause of the 5th Amendment, and the Administrative Procedure Act.

The families are represented by eight law offices across the country, led by Dennis Auerbach with Covington & Burling, or Washington, D.C. Six ACLU offices are co-counsel, as is the Immigration Clinic at the University of Texas School of Law in Austin.

Texas border mayors have something important to say about the refugee children from Honduras, El Salvador and Guatemala: Don't be afraid.

They say fear is trumping good sense and common decency as Congress stampedes toward changes that would send these kids back to dangerous situations ASAP.

Mayor Tony Martinez of Brownsville says he gets calls asking whether there's been looting and the need for curfews. It's not like that.

"In our area," he says, "there's been an outpouring of goodwill and generosity." When people look into the eyes of these children, he says, they feel "empathy and a joy in being able to help."

Mayor Ricardo Garcia of Edinburg says: "These are children coming in that are refugees and they need help." There has been no increase in disease, no increase in crime, he says.

Mayor Jim Darling of McAllen says the border towns need funding for social services to help the children. Martinez adds that it "offends your conscience" to tie that money to an expedited process aimed at "shipping out" the kids as soon as possible. They deserve due process. 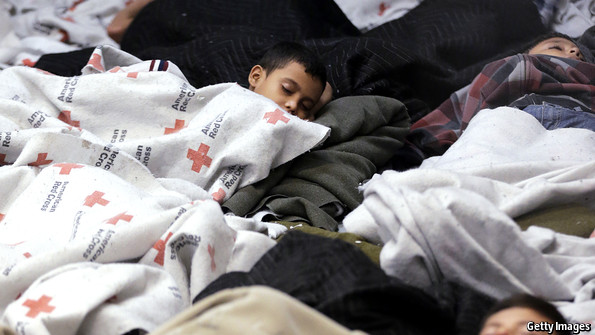 If we were on the border of Syria and refugee kids were coming across for safety, we wouldn't send them back, says Martinez. So what's the difference? "There's none."

These mayors are not afraid of children, even though they acknowledge the costs to their communities and the need for federal reimbursement.

Meanwhile, back in Arizona, GOP candidates for high office are one-upping each other in the immigration fear-mongering game.

Martinez says: "We are on the ground . . . we are taking care of these children . . . we need to understand the human rights of all the human family."