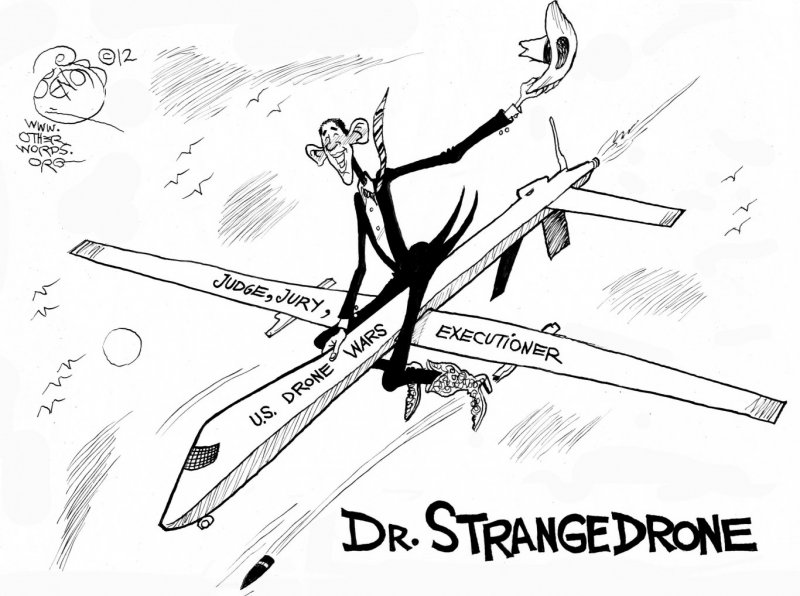 ” … The CIA’s claim that it could neither confirm nor deny whether it has any drone records was inadequate because the government, including President Barack Obama himself, has clearly acknowledged a drone program, the court said. … “

(Reuters) – In a rebuke of government secrecy, a federal appeals court ruled on Friday that the CIA must give a fuller response to a lawsuit seeking the spy agency’s records on drone attacks.

The CIA’s claim that it could neither confirm nor deny whether it has any drone records was inadequate because the government, including President Barack Obama himself, has clearly acknowledged a drone program, the court said.

The ruling was unanimous from a three-judge panel of the Court of Appeals for the District of Columbia Circuit.

However, the American Civil Liberties Union is likely a long way from getting access to CIA records. Its lawsuit now heads back to a trial court, where the CIA could invoke other defenses against the records request.

The civil liberties group brought its suit under the 1966 Freedom of Information Act. Obama and his senior advisers call the aerial drone program essential to U.S. attacks on al Qaeda militants and affiliates in countries such as Yemen. The strikes have at times ignited local anger and frayed diplomatic relations.

Initially, the Central Intelligence Agency said security concerns prevented it from even acknowledging the existence of records. The ACLU countered that government officials had already acknowledged the drone program in public statements from 2009 to 2012.

The question became whether the statements by Obama, former CIA Director Leon Panetta and former counterterrorism adviser John Brennan, now CIA chief, amounted to an official acknowledgment. Judge Merrick Garland wrote for the appeals court that it would be a fiction to pretend otherwise. A U.S. Justice Department spokeswoman said she was not aware of the ruling and could not comment immediately.

Jameel Jaffer, deputy legal director of the ACLU, said the ruling would make it more difficult for the government to deflect questions about drones.

“The public surely has a right to know who the government is killing, and why, and in which countries, and on whose orders,” Jaffer said in a statement.