Is shutting down its Green blog a reflection of the New York Times’ priorities or a signal of larger media priorities when it comes to green coverage?

A few weeks ago, the New York Times abruptly cancelled their Green Blog, causing uproar and questioning among the environmental set as to the publication’s motives.

While this did not come as a huge surprise to many – the publication also got rid of their environmental desk back in January – what I found interesting was that the Times did not say that it was closing the blog because of lack of audience, but so it could “direct production resources to other online projects.”

An excerpt from their official statement:

“The Times is discontinuing the Green blog, which was created to track environmental and energy news and to foster lively discussion of developments in both areas. This change will allow us to direct production resources to other online projects. But we will forge ahead with our aggressive reporting on environmental and energy topics, including climate change, land use, threatened ecosystems, government policy, the fossil fuel industries, the growing renewables sector and consumer choices.”

From what I can tell, the Times is directing its environmental coverage to other areas of the publication, such as environmental policy news in the Caucus Blog and energy technology news in the Bits Blog.  Interestingly still, a lot of the coverage will also be housed in the “Opinion” section. Which made me think – is environmental news losing ground as a stand-alone topic? Are consumers feeling exhausted from media “greenwashing”?

I started thinking about two popular environmental topics from recent weeks – the controversial announcement of Obama’s nominations for Energy Secretary and EPA administrator, MIT physicist Ernest Moniz and Gina McCarthy, and New York City Mayor Michael Bloomberg’s panel discussion at the ARPA-E Energy Innovation Summit, whereby he blames the intensity of Hurricane Sandy on pollution, potentially caused by coal energy. These topics – both highly debated and extremely politically charged – mostly appeared in political columns and blogs, and to be honest are able to easily hold their own on political sites.

So is this recent news just a reflection of the New York Times’ priorities, or is it a signal of the larger media’s priorities when it comes to green coverage?

Editor’s Note: Turns out NYT isn’t the only one trimming — or reassigning — its coverage of environmental news. Forbes’ CSR blog, which debuted in 2010 to cover the CSR and sustainability space without a specific mandate or leaning, has shut down. While the blog was solely populated by external contributions, as the blog’s first and most frequent contributor, I’m disappointed to see it go. The space allowed news to be covered that wouldn’t be otherwise — where would a column on “Can CSR help boost your job prospects” fit? — and offered room for several strong voices to emerge and grow. Let’s hope this spurs more mainstream coverage of these topics across Forbes.com. We’ll be watching.

Granted, the Times has not had a good track record of late, with the recent end of their environmental desk in January and cuts to their Science desk. But if the Times did not cancel the Green Blog due to readership, as is the case when most blogs are removed, then what does that say about the media’s priorities for green issues? Are they better fit in other agenda areas or do they truly warrant a place of their own? Or does it foreshadow the public’s general lack of enthusiasm for “green” issues?

I tend to think, that while the way the New York Times announced the cancellation of the Green Blog was slightly sneaky (their announcement came at 5 p.m. on a Friday, an age-old tactic to lay low over the weekend and hope that by Monday all will be forgotten), there is some merit in focusing green coverage in more strategic areas for the publication.

The articles are more likely to be read in popular blogs such as Caucus and Bits, so one could argue that they will get more “share of eyeballs” there anyway, a good thing for the environmental agenda.

But the question then is, will environmental topics get the amount of coverage they deserve – and even need – to stay on the forefront of Americans’ minds in political or tech blogs?

Making the Case for Environmental News To a Declining Industry

It’s no secret that the newspaper industry has been declining for some time. For example, total employment in the newspaper industry declined by more than 40 percent over the 10-year period from 2001 to 2011, according to the U.S. Bureau of Labor Statistics. One could argue that environmental journalism has been hit particularly hard.

A 2008 study, Environment Reporters and U.S. Journalists: A Comparative Analysis, found only 37 percent of nearly 1,500 daily newspapers in the U.S. had an environmental reporter at the beginning of the decade. In TV, the numbers were even smaller at 10 percent. According to the co-author of the study, JoAnn Valenti, half of those jobs have since been terminated.

The most compelling example is CNN.

In the fall of 2008, it laid off its entire science and technology staff – a reporting team that consisted of 12 full-time journalists and interns, covering topics from climate change to alternative energy.

Based on the 88 comments posted on the New York Times’ page announcing the cancellation, there is a core, yet small following of people who are very upset that the blog will no longer be published.  To me, it seems like an odd time to cancel the blog, with Obama’s energy appoints being announced and the Keystone XL debate heating up, but interestingly most of the disappointed comments lie on the Times’ site itself.

The comments I read on external blogs seemed nonchalant, even happy about the cancellation.

Still, the publication says, “we will forge ahead with our aggressive reporting on environmental and energy topics, including climate change, land use, threatened ecosystems, government policy, the fossil fuel industries, the growing renewables sector and consumer choices.”

There are still hundreds of green blogs out there – including leading ones such as the one you’re currently reading, Huffington Post, Mother Jones and The Guardian that enjoy a high level of readship – but what remains to be seen is where their future lies, and if and how “green” will continue to have a seat at editorial meetings. 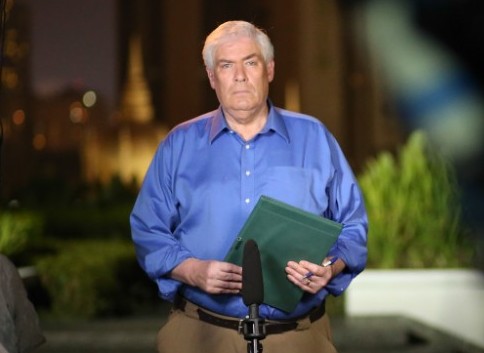