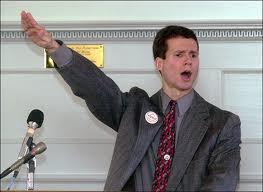 For eight years, white supremacist Matthew Hale has been fighting his conviction for soliciting the murder of a federal judge. This week, a federal appeals court decisively rejected every argument he raised.

Hale, a law school graduate from East Peoria, Ill., was sentenced to 40 years in prison in 2005 for putting out a contract on the life of Judge Joan Lefkow of the Northern District of Illinois. Lefkow had ruled against Hale in a trademark dispute.

In 2006, the U.S. Court of Appeals for the Seventh Circuit affirmed Hale’s conviction. And on Tuesday, they took up his case again, rejecting an entire raft of arguments—including that minorities should have been barred from his jury and that he had improperly been excluded from jury selection.

Hale’s bizarre odyssey began with a dispute over control of the name of a racist group he headed called the World Church of the Creator. Lefkow entered an injunction against the group’s use of its original name, which had been claimed earlier by an unrelated religious group. His organization was forced to change its name to the Creativity Movement.

Hale subsequently solicited Tony Evola, described in the opinion as the movement’s “head of security,” to kill Judge Lefkow. Evola, however, was working with the FBI, and secretly tape-recorded a discussion about the plot. Hale is serving his time in a maximum-security federal prison in Florence, Colo.

(In an unrelated violent episode in 2005, Lefkow’s husband and mother were murdered by a disgruntled party to a medical malpractice case.)

The Neo-Nazi Creativity Movement Is Back
Jan 01

The Neo-Nazi Creativity Movement Is Back 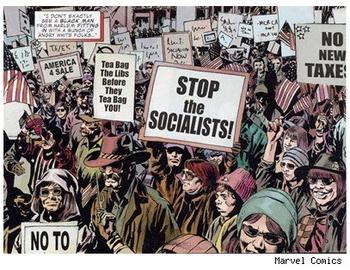