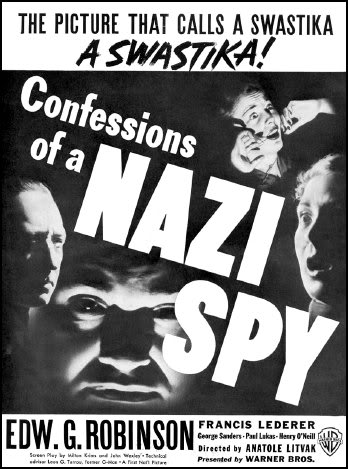 The German spy service has admitted that it employed about 200 former Nazi criminals for at least 15 years after the end of the Second World War.

Some had been involved in massacres in Poland and Russia, others were Gestapo torturers; all found a berth in the West German intelligence service. The cases have been brought to light because the Federal German Intelligence Service (BND) is compiling a history of its espionage activities since 1956 — and so polishing up its image, in the manner of MI6.

There was never any attempt to hide the fact that the BND employed Nazis — it was set up in a hurry, with US help, to create spying networks against the Soviet Union — but it has always been vague about its war records.

Now the Frankfurter Allgemeine Zeitung newspaper has been given access to files from the 1960s that detail how the BND tried, belatedly, to weed out suspected war criminals. Potted biographies of the agents, with lightly disguised names, have been published at www.faz.net/bnd.

“It has always been clear that the BND had a dark past,” said Hansjoerg Geiger, who headed the BND between 1996 and 1998. “But I would never have reckoned with such a high proportion.” He urged the BND to continue digging: “Only transparency about the past will clearly establish that the present-day BND has nothing in common with the service in its early years.”

According to the newspaper the BND was thrown into confusion by the discovery of two Soviet moles, Heinz Felfe and Johannes Clemens, in 1961. Felfe had previously been a member of the SS while Clemens had been nicknamed “The Tiger of Como” for his savage treatment of Italian dissidents during the war.

The head of the BND, Reinhard Gehlen — himself a former intelligence officer in the Wehrmacht — decided that a criminal war record could make his agents a security risk, giving Moscow blackmail material. The old Nazis had served their purpose, providing agent networks and inside knowledge of the Soviet Union and Eastern Europe. Now they had to be screened.

Gehlen, one of the legendary Cold War spymasters, assigned a 32-year-old mole-hunter, Hans-Henning Crome, to the task. In 1963 Mr Crome, now a pensioner living close to his former offices in Pullach, on the fringes of Munich, set up a team called Unit 85, which established itself in the attic of Gehlen’s villa on the BND compound. Co-operating with Nazi-hunters in Ludwigsburg they started to work through the records of the agency’s 2,450 employees.

Many had made only rudimentary attempts to cover their tracks. A certain Kurt W, formerly of the Gestapo in Koblenz, for example, had claimed to be a passport control officer in Sajmiste, near Belgrade. In fact, Sajmiste was the site of a concentration camp in which thousands of Jews were detained and murdered. Kurt W. — a promising officer in the BND — was thought to have been involved in the killings.

Georg W had been a young officer in the Gestapo, joined an Einsatzkommando — in essence a killing squad — that murdered the Polish intelligentsia after the German invasion. His unit killed 1,700 Poles, including women and children, in a single day in a wood outside Palmiry. By the end of the war, he was hunting down Jews and communists in hiding in Kassel. Then he joined the BND and rose through the ranks.

He had plenty of opportunities to bump into old comrades in the canteen — Helmut S, for example, whose SS unit was deemed responsible for the slaughter of 24,000 people, most of them Jews, in the Soviet Union.

Gehlen recorded his contacts and reports from the war and stored the microfilms in water-tight barrels in various sites in the Austrian Alps; he later traded them for his freedom. One of his nuggets of information was that several members of the American Office of Strategic Services — the precursor to the CIA — had been secret members of the US Communist Party.

But the BND was a spy service without a real tradition and even after the sacking of the Nazis and Gehlen’s retirement in 1968, it was plagued by moles.