WASHINGTON — It was nearly four decades ago that Eddie Lopez was hired by a congressional committee to reinvestigate the 1963 murder of President John F. Kennedy, a role that had him digging through top secret documents at the CIA.

In the end, the House Select Committee on Assassinations reported in 1978 that it believed the assassination was probably the result of a conspiracy, although it couldn’t prove that, and its conclusions are disputed by many researchers. But now Lopez is seeking answers to a lingering question: Could still-classified records reveal, as he and some of his fellow investigators have long alleged, that the CIA interfered with the congressional investigation and placed the committee staff under surveillance?

While Lopez’s latest effort to uncover new information may seem quixotic, given the seemingly endless spate of JFK conspiracy theories, it has taken on new meaning in the wake of revelations that the CIA earlier this year spied on the Senate Intelligence Committee in an unrelated case. CIA employees hacked into the computers of Senate staffers reviewing the agency’s counterterrorism tactics. When the allegations were corroborated, the CIA apologized and vowed to take disciplinary actions. While this year’s controversy has no direct relation to the Kennedy inquiry, it has raised new questions about how far the CIA has undermined congressional oversight, including the investigation into Kennedy’s murder in Dallas. 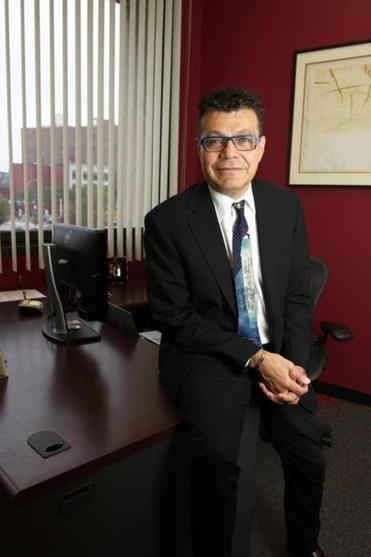 '“It was time to fight one last time to ascertain what happened to JFK and to our investigation into his assassination,” Lopez, who is now the chief counsel for a school district in Rochester, N.Y., said in an interview. He is joined in the effort by two other former investigators, researcher Dan Hardway and G. Robert Blakey, the panel’s staff director.

Lopez, 58, charges that the CIA actively stymied the probe and monitored the committee staff members as they pursued leads about the events leading up to the assassination. Lopez and his two colleagues are asking the CIA to release “operational files you have regarding operations aimed at, targeting, related to, or referring to” the House panel they worked for, along with records about the “surveillance of any and all members of the staff.”

Their attorney, James Lesar of the Assassination Archives and Research Center, in Silver Spring, Md., asserts they have a right to any CIA files about themselves under provisions of the CIA Information Act of 1984 and the Privacy Act of 1974, which could “shed light on the confused investigatory aftermath of the assassination.”

Blakey, who is now a professor at the University of Notre Dame, said he is anxious to know what the CIA was up to. “I was at Danny’s home and it looked like there were surveillance vans,” he recalled. “I would like to know what they had.”

The CIA declined to comment directly on the case, but said in a statement it intends “to treat these inquiries as we would any others, in full accordance with the respective laws and regulations.”

Some observers said the CIA has a long history of blocking congressional oversight of its activities.

“I think there is a pattern,” said John Prados, a senior fellow at the National Security Archive at George Washington University and author of “The Family Jewels: The CIA, Secrecy, and Presidential Power.”

He cited two congressional investigations in the mid-1970s of the agency’s assassination plots against foreign leaders and the arms-for-hostages operation known as the Iran-Contra Affair in the 1980s. In those cases, Prados and other historians allege, the CIA withheld information, spread false stories, or did not make available all witnesses.

Lopez, Blakey, and Hardway contend they were rebuffed during their investigation when they asked about a CIA-backed group of Cuban exiles who had been seeking to overthrow Castro that had widely publicized ties to alleged assassin Lee Harvey Oswald. They were informed that such a case officer did not exist for the so-called Revolutionary Student Directorate -- also known by its Spanish-language acronym DRE . Their suspicions grew when they learned from a lawsuit in the late 1990s that one of the agency’s chief liaisons to the assassination panel, the late George Joannides, was operating “under cover” and it was Joannides, a career intelligence operative, who helped manage the Cuban group before the assassination.

”He, the [DRE] case agent, denied that there was a case agent and they could not find the DRE file,” Blakey said of Joannides in an interview. “He was an inhibitor, not a facilitator, which is what he was supposed to be.”

Jefferson Morley, a former Washington Post reporter whose lawsuit against the CIA shook loose some of the revelations about Joannides’ true identity and covert background, maintains that a host of files about the mysterious officer remain secret.

“Was there a mission to deceive [the panel]?” asks Morley, who runs the independent research organization JFKfacts.org.

The former House investigators believe so but now want the CIA to fully come clean.

Said Hardway: “I hope to learn some more parts to the puzzle that the agency has kept hidden.”