The former sniper’s estranged wife has informed Scotland Yard she is ­completely sure he is telling the truth.Her total belief in Soldier N emerged as she was interviewed at length at a secret location.She told Yard detectives how the veteran soldier had spoken about the involvement of an SAS hit squad in the car crash that killed Diana and her boyfriend Dodi Fayed on several occasions.Significantly, she said that the sergeant’s ­allegations came while they were on good terms and before their marriage had hit the rocks.

One source said: “This was not said to scare or threaten her. It came out when there was no ­marital strife and when they were still friends.

“She was utterly convinced he was telling the truth when he said the SAS was involved in Diana and Dodi Fayed’s deaths.”

Soldier N apparently claimed Diana and Dodi’s driver Henri Paul were blinded by an intense flash of light moments before he lost control of their ­Mercedes. The claim appears to support testimony from an ex-spy at the inquest into Diana and Dodi’s death.

The former MI6 agent told the hearing that he was aware of a colleague’s proposal to kill Serbian leader ­Slobodan Milosevic by using a strobe light in a tunnel to distract his driver, causing a crash.

And he revealed the existence of a shadowy unit within the SAS known as The Increment which comprises troops from the SAS and SBS for the purposes of carrying out lethal operations on behalf of MI6.

Diana, Dodi and driver Paul died when their car smashed into a pillar in the Pont de L’Alma underpass in Paris in August 1997. A bodyguard, Trevor Rees-Jones, was critically injured but survived.

Scotland Yard officers are now understood to be preparing to interview Soldier N.Allegations that the SAS was involved in the deaths were passed to the Yard in July.They were contained in a seven-page letter written by Soldier N’s mother-in-law in September 2011 when her daughter’s 13-year marriage had disintegrated amid claims of his bizarre and threatening behaviour.Last week, Detective Chief Inspector Philip Easton and a Yard colleague travelled to a secret location to interview both women.Mr Easton, who worked on the Yard’s original inquiry into Diana’s death, is believed to have quizzed Soldier N’s estranged wife very closely.She is said to have given a “compelling account” of what her husband had told her. She does not think the claims are too fantastic: “Not when you’re living with someone who is in the SAS.”The letter was handed to the Yard following the court martial of fellow SAS sniper Danny Nightingale in July.Soldier N and Sgt Nightingale were arrested in 2011 after police raided the house they shared in Hereford where the crack regiment is based.Officers found firearms and ammunition illegally held by both men.Soldier N admitted the offences and last year was sentenced to two years at the Military Corrective Training Centre in Colchester, Essex.

His former friend, Nightingale, also admitted the charges and got 18 months when he first appeared at a military court last year. Following a public campaign, he was released and the conviction quashed.

However, Sgt Nightingale faced a fresh trial at the military court in Bulford, Wiltshire, in July, when he was found guilty and sentenced to two years suspended for 12 months.

He was convicted largely on the sworn testimony of Soldier N who was a key prosecution witness.Allegations that the SAS was involved in Diana and Dodi’s deaths emerged soon afterwards.

Police insisted the sensational ­information was being analysed as part of a “scoping exercise” and no new investigation has been launched. Yesterday, a Yard spokeswoman said: “The information is still being assessed.”

Dodi’s father, former Harrods owner Mohamed Al Fayed, has not commented publicly on the claims. But it is understood the family would like to see a full-scale investigation into the allegations. Mr. Al Fayed has always maintained that Diana, 36, and Dodi, 42, along with 41-year-old Paul, were killed by the British Establishment which then launched a massive cover-up.

Soldier N has now been discharged from the Army. The letter by his mother-in-law listed a series of bizarre and often ­sinister allegations about his behaviour. On one occasion, he is said to have threatened to make his wife “disappear” and allegedly bragged to his in-laws that he had killed women and children. After the Diana allegations first ­surfaced, he was branded a “loose cannon” who could not be believed even though he was a “witness of truth” for the Crown in the Nightingale case. But Army friends have rallied round Soldier N. The decorated special forces veteran has been welcomed into the SAS Association – the exclusive club for former members of the elite unit – despite his conviction and dischage.

Kremlin-Backed Broadcaster Declares, “If Anyone Knows Real Nazis It’s The Royal Family”
May 23

God Save the Queen, the Fascist Regime?
Jan 02

A Material Girl: The Duchess of Windsor & the Swastika
Feb 27

Prince Andrew: ‘Cheerleader in Chief for the Arms Industry’
Mar 21

A Material Girl: The Duchess of Windsor & the Swastika

Prince Andrew: ‘Cheerleader in Chief for the Arms Industry’ 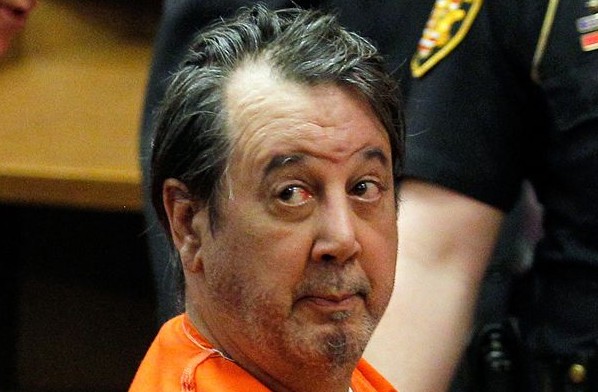