The Law Enforcement Intelligence Unit is a private entity whose dues-paying members are hundreds of North American law enforcement agencies. Its founding purpose, in the Cold War atmosphere of 1956, was "to promote the gathering, recording, and exchange of confidential information not available through normal police channels, concerning organized crime." 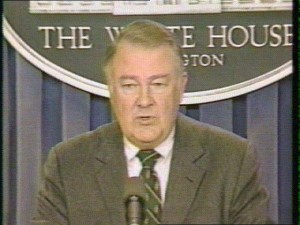 Formed in California, LEIU's roster of interests, and LEIU itself, steadily expanded in subsequent years, especially under Gov. Ronald Reagan and his Executive Assistant, Edwin Meese.

It received some attention in the 1970s in conjunction with GAO and Congressional investigations, including that of the federal COINTELPRO program that sought to "neutralize" black, anti-war, and other radical political movements hated by J. Edgar.

Various local scandals around the country, particularly in Chicago and Detroit, revealed that the LEIU had been linked with efforts by police departments to spy on dissidents.

LEIU's prime purpose, critics charged, was to enable cops to not only swap information, but to get around local laws against such practices. Because LEIU was, and is, a private organization --even though publicly funded law enforcement agencies funded it-- LEIU didn't need to tell anyone what it was doing. It still doesn't. Search for "Law Enforcement Intelligence Unit" on any engine and you'll find four types of hits: law enforcement agency budget line items for dues; historical information from 30 and more years ago; conspiracy theorists; and calls to come protest this June in Seattle.

What's missing, remarkably, is virtually anything on what LEIU is up to today, or has done in the last quarter century -- including the '80s, when Reagan had risen to President and Meese to US Attorney General.

A search of newspaper databases is similarly barren. 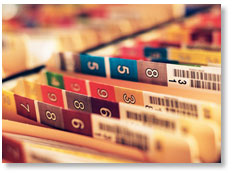 Add in the post-9/11 USA PATRIOT Act, proposed PATRIOT II, new domestic roles for the Pentagon and CIA, and new Ashcroft regulations encouraging federal, state, and local agencies to investigate political and religious groups with or without reasonable suspicion of criminal wrongdoing, and this year's LEIU training --with or without invited keynoter Tom Ridge-- is attracting, for the first time perhaps ever, efforts to organize major protests.

It's also generating not a little bit of paranoia. In the complete absence of known abuses, radical activists who've never been seriously inhibited by outfits like LEIU are throwing around terms like "police state" with remarkable ease. ...

Protest at the  2003 LEIU Seminar in Seattle Turns Ugly 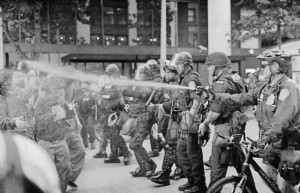 Twelve people were arrested, according to a Seattle Police Department spokeswoman. No injuries were reported to police.

The five-day Law Enforcement Intelligence Unit seminar, titled "Criminal Intelligence and the War on Terrorism," began yesterday at the Red Lion Inn. Protesters, who at one point numbered about 400 and had a permit for their march, rallied at Westlake Center, where the crowd listened to a variety of speakers denounce the Justice Department and the domestic war on terror. From there, they walked up Pike Street to the hotel on Fifth Avenue as some danced to the drums of the Infernal Noise Brigade. Horses carrying Seattle police officers left piles of manure along the sidewalk. One protester draped an American flag over a pile. 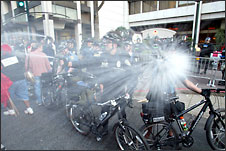 Police spray pepper spray into a crowd during a demonstration last night outside the Red Lion Hotel, site of a police intelligence-training seminar.

The protest crowd stood in front of the Red Lion Inn, where police in riot gear watched from behind steel barriers. The protesters were a mix of teenagers and twentysomethings who wore bandannas over their faces, and calm, older political activists. At about 8:30 p.m., police reported a segment of the remaining crowd was hurling sticks and bottles, police spokeswoman Deanna Nollette said. A fight broke out after police tried to arrest a protester in front of their "fence line," Nollette said, because the person had damaged property and possibly tried to start a fire. At that point, she said, the crowd surged.

Police then used pepper spray and rubber bullets to break up the gathering. ...

The FBI and the Seattle Police Department are listed as seminar co-hosts, along with the Washington Association of Sheriffs and Police Chiefs, the Washington State Patrol, the state Gambling Commission, the King County sheriff's and prosecutor's offices and a handful of other city and county police agencies. 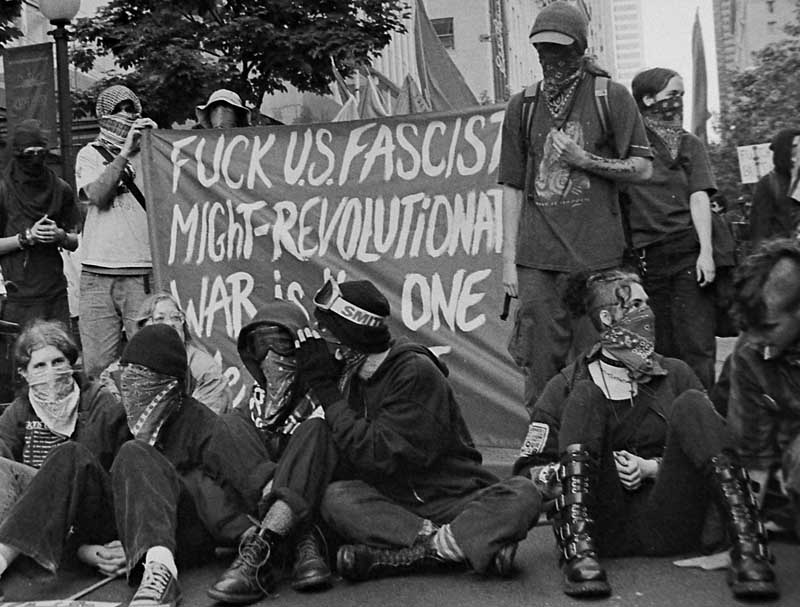 Among the activists' concerns are post-9/11 laws such as the USA Patriot Act, which gives the government expanded powers to use wiretaps, electronic surveillance and other methods of information gathering.

This report includes information from The Associated Press.

The Law Enforcement Intelligence Unit (LEIU) was one of the top ten "censored" stories of 1978; at the time we described it as follows:

"In contrast to the CIA and FBI, the LEIU is a little known organization; in fact, almost no one has ever heard of it. But its power is considerable and its potential threat to our freedom is enormous.

"The LEIU links the intelligence squads of almost every major police force in the United States and Canada. Although its members are sworn police officers who work for state and city governments, it is a private club, not answerable to voters, taxpayers, or elected officials. It cuts across the lines of authority of local government, for its members hold certain allegiances to the LEIU that cannot be countermanded by a mayor, county manager, or even a state governor.

"The LEIU is a private club and therefore not subject to freedom-of-information laws. Thus, the LEIU's files are even more secret than those of the CIA or FBI."

Ten years later, we find that the LEIU is alive and well and more powerful than ever. It also is still virtually unknown.

In June, 1988, The Los Angeles Times reported that the LEIU was considering suspension or even termination of the Los Angeles Police Department's membership because two of its police detectives from an organized crime unit allegedly leaked confidential information from LEIU files.

Richard Bacon, LEIU chairman and head of the Minnesota Bureau of Criminal Apprehension, said "Anytime you have a problem in intelligence, it's a concern to the rest of our membership."

A police intelligence supervisor on the East Coast who asked not to be identified added that "We have to assess how deep it goes. ... It could have jeopardized entire investigations."

A variety of police agencies have been barred from the powerful, super-secretive organization in past years for suspected security breaches including the Las Vegas Police Department and the Houston Police Department.

Our earlier story on LEIU pointed out that ex-members of LEIU admitted to illegal wiretapping, breaking and entering, and spying on people to gather information for their files. The recent story reported that wire-tapping was the element which tipped off officials to the alleged leaks by the two LAPD officers.

Knowing that the FBI, CIA, and virtually every other agency with the authority to spy, has "gone off the reservation" at one time or another and used their power to threaten our liberties, it is alarming to know there is a national, private intelligence agency which is not answerable to any public authority. The secretive LEIU, with its membership of 265 state and local police intelligence agencies, deserves, at the very least, the scrutiny of our national press.