" .,. Many people post to social media in the expectation that only their friends and followers are reading, which gives them 'the  sense of freedom to say what they want without worrying too much about  recourse' ... " 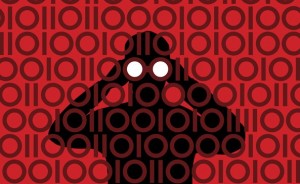 The US Federal Bureau of Investigation has quietly released details of plans to continuously monitor the global output of Facebook, Twitter and other social networks, offering a rare glimpse into an activity that the FBI and other government agencies are reluctant to discuss publicly. The plans show that the bureau believes it can use information pulled from social media sites to better respond to crises, and maybe even to foresee them.

The information comes from a document released on 19 January looking for companies who might want to build a monitoring system for the FBI. It spells out what the bureau wants from such a system and invites potential contractors to reply by 10 February. The bureau's wish list calls for the system to be able to automatically search "publicly available" material from Facebook, Twitter and other social media sites for keywords relating to terrorism, surveillance operations, online crime and other FBI missions. Agents would be alerted if the searches produce evidence of "breaking events, incidents, and emerging threats".

Agents will have the option of displaying the tweets and other material  captured by the system on a map, to which they can add layers of other  data, including the locations of US embassies and military  installations, details of previous terrorist attacks and the output from local traffic cameras.

The document suggests that the bureau wants to use social media to  target specific users or groups of users. It notes that agents need to  "locate bad actors ... and analyze their movements, vulnerabilities,  limitations, and possible adverse actions". It also states that the  bureau will use social media to create "pattern-of-life matrices" --  presumably logs of targets' daily routines -- that will aid law  enforcement in planning operations.

The use of the term "publicly available" suggests that Facebook and  Twitter may be able to exempt themselves from the monitoring by making  their posts private. But the desire of the US government to watch  everyone may still have an unwelcome impact, warns Jennifer Lynch at the Electronic Frontier Foundation, a San Francisco-based advocacy group. Lynch says that many people post to social media in the expectation that only their friends and followers are reading, which gives them "the  sense of freedom to say what they want without worrying too much about  recourse," says Lynch. "But these tools that mine open source data and  presumably store it for a very long time, do away with that kind of  privacy. I worry about the effect of that on free speech in the US".

The document also suggests that the FBI thinks it can use social media  to peer into the future. It notes that agents need to use social media  to "[p]redict likely developments in the situation or future actions  taken by bad actors (by conducting, [sic] trend, pattern, association,  and timeline analysis)".

The bureau declined to immediately comment on how this analysis might  work, or on any other aspect of the document, but the idea of turning  agents into digital soothsayers is plausible: researchers working at  Facebook and in academia have shown that social media can be used to  infer many things about an individual, including the existence of friendships that are not declared on social networking sites and the location of users who have not revealed where they are based.

LOL, the U.S. Supreme Court ruled the other day that cops need a warrant in order to use GPS tracking devices????

Humm, wow, not only is the Government Fascist, but it’s Bipolar. One minute they tell you that you need a warrant and the next they are arresting you for taking photos of a cop, tracking you on social media and sticking their hands down your pants and ordering you through a Naked Body Scanner. Classic.

Hey America here is a FASCIST AMERIKA UPDATE for ya.

Sweeping protests around the world made it an extremely difficult year for the media, and tested journalists as never before, the annual report into press freedom reveals. The annual report by Reporters Without Borders has been released, showing the United States fell 27 points on the list due to the many arrests of journalists covering Occupy Wall Street protests.
The slide in the United States places it just behind Comoros and Taiwan in a group with Argentina and Romania. (Google Report for full story)

Oh but wait America, you still have the 1st Amendment Right to free speech, in the mind of a Bipolar Fascist Government, you can scream, yell, shout out, holler and howl all you want while they drag your ass off to jail indefinitely without charge or trail.