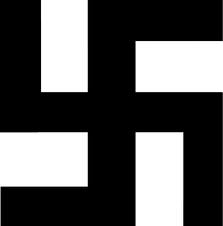 It sounds complicated and it is, but the most complex aspect of the story is why a man who had been given a new identity in a new city, for his protection, decided to take a public role in one of the most contentious municipal issues in memory. Nathan Black could have concentrated on his lawn, on golf or literature or model airplanes since arriving in St. Albert in the mid-1990s.

Instead, he didn’t. Life, to Black, is an adventure.

He was born Grant Bristow in Winnipeg in 1958. After graduating from a Toronto business college, he joined a detective agency in the early 1980s. One of his clients, the government of South Africa, asked him to gather intelligence on anti-apartheid activists in Canada. He felt uncomfortable about the request and, instead, met with CSIS agents. Soon, a diplomat was expelled.

The story of Grant Bristow veers in two directions here. Either he was a white supremacist who betrayed his friends for money or he was a brilliant actor, a government spy so convincing that he could create and destroy the most credible neo-Nazi organization in Canadian history.

There wasn’t much to report on in 1988, when Bristow was invited by CSIS to look into the racist Nationalist Party of Canada and its leader, Don Andrews. It was the usual thing: slogans about Jews and other inferior races, Hitler worship. All that changed when a man named Wolfgang Walter Droege, a German-Canadian with links to the Ku Klux Klan, was released from prison in the U.S. and came home.

Bristow befriended Droege, and together they registered the Heritage Front in 1989 and launched it splashily in 1991 — planning to take the anti-immigrant message mainstream with a positive message of white pride. They found some fringe support in the Reform party, infuriating Preston Manning.

According to an affidavit by Droege, Bristow kept the Heritage Front afloat financially. He bought computers, cameras and video equipment, and led fundraising and publishing activities. All the while, Bristow was collecting names of his associates and reporting to CSIS.

According to Droege, Bristow initiated harassment campaigns against anti-racists and encouraged a more radical strategy that led to violent clashes between Heritage Front supporters and anti-racist groups.

Friends he exposed have denounced Bristow as an enemy of free speech and as the most vociferous racist among racists. Others have called him a hero, a patriot.

In 1994, when it seemed as though Droege could go to prison for his role in some of the clashes, Bristow stepped away from the Heritage Front. If Droege were in prison, Bristow — a paid government informant — would be its leader. Shortly after telling Droege he was finished, Bristow was exposed by a Toronto journalist. Agents relocated Bristow, his wife and child to Alberta in 1994.

They became the Blacks.

All was well for less than a year. In April 1995, two Toronto Star reporters, including now-Journal columnist Darcy Henton, found Bristow/Black in the Erin Ridge subdivision of St. Albert. The dominant picture in the media was of a racist who had built up and then taken down a violent white supremacist organization and then retired, on a $3,000 per month government salary to a comfortable life in the suburbs.

“You know what?” he told me, on the day he admitted to making the phone calls that got him in trouble during the recent civic election, “the last day they printed a negative story about me was the day of the Oklahoma City bombings. They finally realized, with Timothy McVeigh, that these white supremacists might actually be dangerous.”

All along, Black was involved in mainstream politics. He worked for Progressive Conservative campaigns in Ontario in 1984 and 1988. Still, for most of us, the prospect of retribution might encourage us to participate in less visible activities.

“They’re still coming after me,” Black told me earlier this month. “I still have to live in such a way that I have to protect who I am.”

So why did he continue political activity in Edmonton? Why has he remained active in public affairs?

“It was so nice to have guidance from someone like him,” said Mary Ann Stanway, a senior member of Envision Edmonton, on Friday. “We’re just normal businesspeople but he has had so much experience in the political arena. He worked so hard on the petition drive and he just knows everybody. Everybody. He has political connections everywhere. We were so lucky to have Nathan.”

On Sept. 15, Black posed as a freelance investigative journalist named Darren Holmes and interviewed councillor Amarjeet Sohi and Yes for Edmonton organizer Sid Hanson. On Oct. 7, a WordPress blog appeared called Darren’s Big Scoop, which contained text from the Hanson interview and statements about Mayor Stephen Mandel. Mandel’s lawyers have filed a civil lawsuit against Black for $500,001, though Black told me he didn’t write the blog.

I spoke to Black again on Friday. He said he’s suffering from throat cancer, taking liquid morphine to get through the day. Surely, finally, it’s time to retire. I asked him if it’s bothersome being in the headlines again, given that he has so many enemies. Will he hide out for a while?

“I don’t think it’s any good,” he said, as he lay down for a rest. “This is going to be of some consequence, that’s for sure. I understand there’s a party desperately trying to get a hold of me in the matter of getting some bad guys. All this attention could scare them off.” 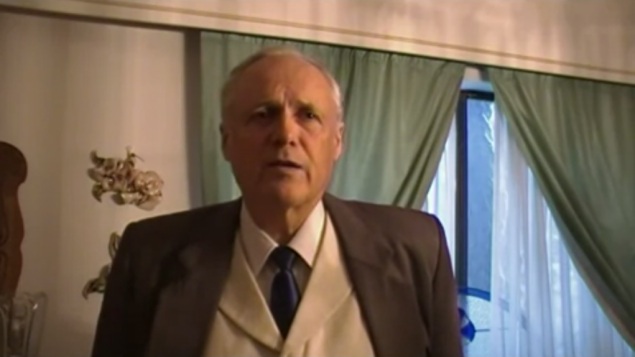