Victoria Inness-Brown conducted a personal two and a half-year experiment on the effects of aspartame, probably the worst of the artificial sweeteners on the market.

Victoria Innes-Brown has done us all a great favor by publishing the findings of her private experiments. Over a two and a half-year period, she performed a set of meticulous and detailed animal experiments, documenting the horrific effects of using aspartame liquid comparable to diet soda.

I believe her work adds to the bulk of data already available, confirming and reinforcing the true health dangers of this popular artificial sweetener.

Concerns for Her Family Set Her on a Most Unusual Path 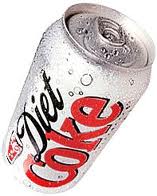 What motivated her to take on such a task?

In short, concern for family members who were consuming large amounts of aspartame—particularly diet sodas. She also wanted to provide visual documentation, if there were any, to help the anti-aspartame community get the additive removed from the market.

"I had already become aware of possible adverse effects of aspartame," she says. "I was doing further research on it and I came across the Bressler report. I noticed he was talking about sizeable tumors reported from the use of DKP (diketopiperazine) which is a breakdown component of aspartame.

I thought that if I did my own experiment, I might be able to actually see some tumors and I could take photos of them and then provide an additional resource for people to use to try to get it off the market, and to try to convince family members to stop using it."

The photographs are indeed one of the most startling aspects of her book. As is usually the case, a picture speaks a thousand words, and her photos tell a horrific story about the detrimental health effects of aspartame.

Since she's not a food manufacturer, she wasn't able to purchase pure aspartame, which is typically what researchers would use for their studies. Instead, she put NutraSweet directly into the water of the aspartame group. This may in fact be part of the reason why her results were so shocking.

"One of the things I have discovered from my own research when writing my book… was that the liquid form of aspartame is much more potent than any other form—solid or capsule form—which is used in most of the other experiments," she says.

"The other issue with NutraSweet is that the other components, dextrose and maltodextrin, aren't necessarily inert. They can have their own side effects. So that might be one reason why I got such amazing results."

What's so interesting about her experiment is that it's a relatively easy experiment that anyone sufficiently motivated could easily reproduce, to double check the results. It's also worth noting that she did not have any financial incentives to skew the findings in one way or another. She funded the research herself, and her only agenda was to find the truth.

Although she had no previous experience within the medical field, her experience as a technical writer gave her the confidence that she could not only learn what she needed to learn in order to successfully do the project, but also the perseverance to see it through to the end.

"I don't really think it was that hard," she says. "There were a lot of things you had to do, but it was mostly taking care of the animals and then videotaping the results... It wasn't that hard of a project. It was just time consuming and involved some physical labor."

As for dose, she gave the rats a daily dose of NutraSweet comparable to 14 cans of diet soda per day for the females, and 13 cans for the males.

Although that sounds like an awful lot, this amount is within the acceptable daily intake (ADI), which was set at 50 mg per kilogram by the FDA. It's also within the range of what some people actually consume daily. 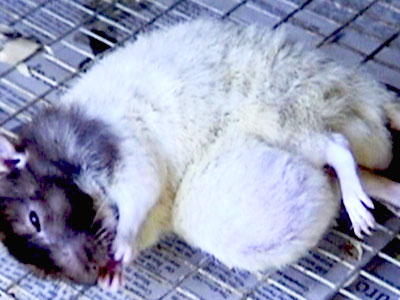 So, after feeding the rats NutraSweet daily for 30 months, what did she observe?

"I was pretty awestruck by the results I got," she says. "I kept kind of thinking, 'Did I do something wrong?' As I mentioned earlier, I believe there are other factors in my experiment that contributed to the huge range of adverse effects, plus the phenomenal quantity of tumors and the enormity of the tumors, especially on the females."

A whopping 67 percent of the female rats developed tumors the size of golf balls or larger! Some of the tumors were the size of the palm of her hand.

Twenty-one percent of the males on aspartame developed tumors.

Although she was unable to get a pathological assessment done on that first set of animals, she started a second, generational experiment, and she did get necropsies done by a county veterinarian on several of those animals. The tumors that developed during that second experiment were indeed found to be cancerous. The veterinarian also identified tumors that were not readily visible from the outside.

As just mentioned, there was about a three-to-one ratio of tumors in the female rats compared to the males. A large number of the tumors also appeared in the rats' mammary glands.

Interestingly, that coincides with findings discussed by Dr. H.J. Roberts in his book Aspartame Disease: An Ignored Epidemic, which is probably the most definitive resource on this topic.

The FDA has also received a much higher percentage of women reporting adverse effects compared to men. The exact reason for this is still unknown.

On a personal level, Victoria has also had her own experiences with aspartame.

"I consumed high amounts of diet sodas for many years," she admits. "I also ate quite a bit of vegetarian meats (which are high in MSG) for a number of years. I ended up gaining over 100 pounds.

A couple of years ago, my doctor diagnosed me with metabolic syndrome, which is high fat content around the waist and organs and diabetes, high blood pressure, and high cholesterol. Dr. Blaylock has discussed both of those issues in terms of the results from aspartame and MSG."

Indeed, according to research, aspartame actually contributes to weight gain as opposed to weight loss… The assumption is that because aspartame doesn't contain the calories sugar does, you lose weight, but the exact opposite appears to be true in the case of aspartame. Studies have found people actually gain more weight consuming aspartame than people consuming regular sugar!

Most likely, this is because weight is regulated by insulin and leptin, and aspartame negatively affects both of these hormones.

Aside from very large and obvious tumors, Victoria also observed a wide range of other adverse effects in her aspartame-fed rats, including:

"In the generational studies that I mentioned earlier (which I never completed because I realized that I wasn't doing it properly), two of the rats were born with only a single eyeball," Victoria says. "They had two eye sockets each, but each of them had just one eyeball. That's when I finally started believing in how bad aspartame really is. It affects the genetics."

This is an important consideration as aspartame was approved about 30 years ago, which is about one generation in human terms. So we're only now beginning to see the offspring of the people who have been consuming aspartame for most of their life.

So while some people sneer at animal studies, there are good reasons for using animals in lieu of humans in controlled studies. First of all, in many cases using humans would simply be unethical, but the human lifespan is also so long that a controlled study would be extremely impractical. This is a major reason for using rats, as their lifespan is far shorter, making generational study possible.

Another now well-known aspartame researcher is Dr. Soffritti with The Cesare Maltoni Cancer Research Center of the European Ramazzini Foundation. He has performed two controlled aspartame safety study on rats, so far, in which the rats are observed over the course of their natural lifetime.

His findings, which raised a firestorm of controversy and denial across the world, were published in the Environmental Health Perspectives in 2006.

The researchers determined that the carcinogenic effect of aspartame was as low as 400 parts per million (ppm), concluding that:

"The results of this mega-experiment indicate that APM [aspartame] is a multipotential carcinogenic agent, even at a daily dose of 20 mg/kg body weight, much less than the current acceptable daily intake.

On the basis of these results, a reevaluation of the present guidelines on the use and consumption of APM is urgent and cannot be delayed."

A very important fact to consider here is that the Ramanizzi Foundation is an independent, non-profit institution that has been dedicated to cancer prevention for more than 35 years. They're simply evaluating potential causes of cancer. They have no financial motives to find evidence for or against aspartame…

Two years later, in 2007, the Ramanizzi Foundation published a follow-up study -- again flagging the link between cancer and aspartame.

This time, their research highlighted the troubling discovery that when the exposure begins in the womb, aspartame's carcinogenic effect is further increased. But the evidence still didn't gain any traction with the US FDA...

This is why you simply must become an informed consumer, because the FDA refuses to address and properly investigate this potential health threat for you!

Although not a credentialed researcher, what Victoria has done is impressive, and it's a compelling illustration of what aspartame is capable of. Because remember, the only difference between her control group and the experimental group was the addition of NutraSweet in their drinking water. All other factors were identical in terms of environment, air, and food.

Her study serves as a powerful motivational tool for those who are currently addicted to aspartame, and I firmly believe that getting off it will lead to an increase in overall health, and prevent unnecessary pain and suffering.

For more information about aspartame, its components and known health risks, please review the related articles below.