"The development of full artificial intelligence could spell the end of the human race." -- Stephen Hawking

In an effort to significantly improve artificial intelligence and machine learning technologies, the research arm of the of the Office of the Director of National Intelligence recently announced a program whose chief goal is to reverse engineer human brain algorithms.

“Over the course of the program, participants will use their improving understanding of the representations, transformations, and learning rules employed by the brain to create ever more capable neurally-derived machine learning algorithms. Ultimate computational goals for MICrONS include the ability to perform complex information processing tasks such as one-shot learning, unsupervised clustering, and scene parsing. Ultimately, as performers incorporate these insights into successive versions of the machine learning algorithms, they will devise solutions that can perform complex information processing tasks aiming towards human-like proficiency,” IARPA stated. 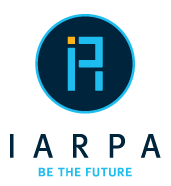 IARPA said that “despite significant progress in machine learning over the past few years, today’s state of the art algorithms are brittle and do not generalize well. In contrast, the brain is able to robustly separate and categorize signals in the presence of significant noise and non-linear transformations, and can extrapolate from single examples to entire classes of stimuli.”

“This performance gap between software and wetware persists despite some correspondence between the architecture of the leading machine learning algorithms and their biological counterparts in the brain, presumably because the two still differ significantly in the details of operation. The MICrONS program is predicated on the notion that it will be possible to achieve major breakthroughs in machine learning if we can construct synthetic systems that not only resemble the high-level blueprints of the brain, but also employ lower-level computing modules derived from the specific computations performed by cortical circuits,” IARPA stated.

IARPA said that the rate of effective knowledge transfer between neuroscience and machine learning has been slow because of differing scientific priorities, funding sources, knowledge repositories, and lexicons. As a result, very few of the ideas about neural computing that have emerged over the past few decades have been incorporated into modern machine learning algorithms.

DARPA has a program called Probabilistic Programming for Advanced Machine Learning (PPAML) that looks to dramatically increasing the number of people who can successfully build machine learning applications and enable new applications that are impossible to conceive of using today's technology.

Machine learning, DARPA says, is already a the heart of many cutting edge technologies today, like email spam filters, smartphone personal assistants and self-driving cars. "Unfortunately, even as the demand for these capabilities is accelerating, every new application requires a Herculean effort. Even a team of specially-trained machine learning experts makes only painfully slow progress due to the lack of tools to build these systems," DARPA says.

Why Microsoft Chatbot Converted to Nazism

Mind Control: Esquire on All the President's Neuroscientists