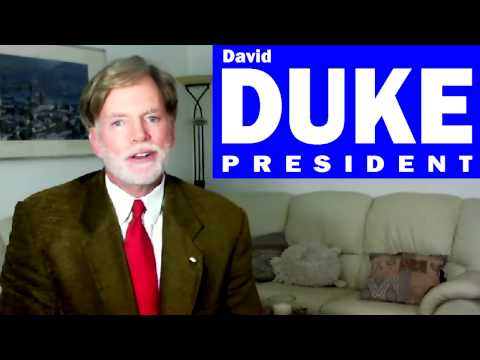 WASHINGTON — David Duke, the infamous KKK leader, is fed up with politicians criticizing House Majority Whip Steve Scalise for speaking at one of his white supremacist conferences in 2002. And Duke is ready to name names of those who have also been connected to his organization and are now lobbing those criticisms.

“If Scalise is going to be crucified — if Republicans want to throw Steve Scalise to the woods, then a lot of them better be looking over their shoulders,” Duke said in an interview with Fusion.

The last thing House Republican leadership wants heading into the next Congress is to have more of their members tied to a white supremacist. House Speaker John Boehner and Majority Leader Kevin McCarthy both came to Scalise’s defense. But when the new Congress begins on Tuesday, Republicans will want more focus on their political agenda than a Congress-wide inquiry into which members might have spoken to white supremacist groups.

Scalise, a Republican from Louisiana, has come under fire for the past week after his 2002 speech came under scrutiny. A Louisiana blogger unearthed posts on a white supremacist message board from 2002 that described Scalise’s remarks at the event. His office has teetered the line between confirming he spoke there and saying he might have. The speech was part of the European-American Unity and Rights Organization conference, a group the Southern Poverty Law Center has called a hate group.

Scalise ultimately apologized for the speech, saying he disagrees with the views the organization promotes and that at the time he had little staff to vet all the invitations he received to speak about his opposition to a tax proposal.

“It was a mistake I regret, and I emphatically oppose the divisive racial and religious views groups like these hold,” Scalise said in a statement. “I am very disappointed that anyone would try to infer otherwise for political gain. As a Catholic, these groups hold views that are vehemently opposed to my own personal faith, and I reject that kind of hateful bigotry.”

After Scalise apologized for speaking at the conference, one of the conference organizers told Slate that reports linking Scalise to the conference were a mistake and the congressman had spoken at a civic association meeting held the same day at the same hotel. At this point, Republican leaders and Scalise probably don’t care for a drawn-out debate over whether or not he was there. They just want everyone to stop talking about it.