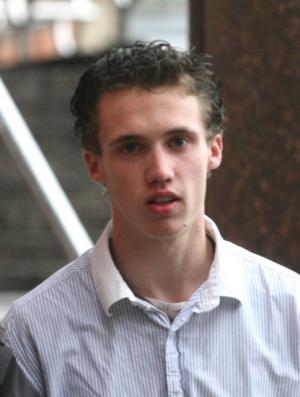 A TEENAGER facing terror charges has admitted researching how to make an electromagnetic pulse bomb capable of knocking out vital computer systems if successfully detonated.

Former milkman’s assistant Nicky Davison told a jury at Newcastle Crown Court yesterday that he had been finding out more about the device for his father, Ian, who he later discovered was found in possession of the poison ricin – one of the world’s most deadly substances.

But Andrew Edis QC, prosecuting, said the 19-year-old could not blame everything on his father.

The exchange came on the tenth day of the trial of Mr Davison Jr, who is accused of being one of the founders of the Aryan Strike Force – a neo-Nazi group set up by his father in 2008.

The aim of the group was to carry out “ops” and to resist what its members called Zog – the Zionist Occupational Government.

Mr Davison Jr has pleaded not guilty to three charges of possessing a record containing information which could be useful to a person committing or preparing to commit an act of terrorism.

The charges relate to electronic copies of The Poor Man’s James Bond and Anarchist’s Cookbook found on computers at his home in Grampian Way, Annfield Plain, near Stanley, County Durham.

Mr Davison Jr, who denies knowledge of the documents or downloading them, said earlier in his trial he had joined the extremist group to please his father.

He said his father had always been interested in bombs and had asked him to research how to make an electromagnetic pulse bomb, using plastic explosive, which could be built for about £260.

When detonated, the device creates a field of magnetic energy which can disable electronic systems, including bank, government and hospital computers, the court was told.

The jury was shown a red GCSE art book in which Mr Davison Jr had written notes about the device.

Mr Edis said: “Not everything you have done is your father’s fault. You were able to make decisions yourself. You cannot just say it was your dad.

“Your dad wanted to make a bomb and you were helping him.”

He also admitted three charges of possessing a record containing information likely to be useful to a person committing or preparing acts of terrorism relating to copies of The Anarchist’s Cookbook, the Mujahideen Explosives Handbook and Kitchen Complete on June 2.

He will be sentenced at the conclusion of his son’s trial.