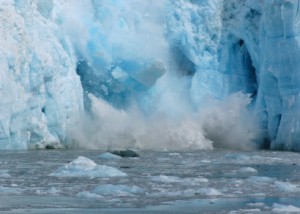 FAIRFAX, Va., May 16 (UPI) -- Accusations of plagiarism have led a scientific journal to retract a study that condemned scientific support for global warming, its editors say.

The journal Computational Statistics and Data Analysis published a federally-funded study in 2008 headed by statistician Edward Wegman [a former ONR and SDI official - see career profile below] of George Mason University in Fairfax, Va., that suggested climate scientists colluded in their studies and cast doubts on global warming.

Plagiarism experts said both the 2008 study and a 2006 congressional report authored by Wegman student Yasmin Said contained text from Wikipedia articles and textbooks.

Both have denied the allegations.

"Neither Dr. Wegman nor Dr. Said has ever engaged in plagiarism," said their attorney Milton Johns.

In a March e-mail to the journal, Wegman blamed a student who "had basically copied and pasted" from other sources into the congressional report and the same text was used in the journal study. [This explanation has proven to be a lie- see "Re Wegman's Excuses" below - AC] 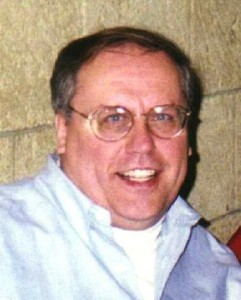 Edward Wegman a St. Louis, Missouri native, received a B.S. in mathematics from Saint Louis University in 1965, he then went to graduate school at the University of Iowa where he earned an M.S. in 1967 and a Ph.D. in 1968, both in mathematical statistics. He held a faculty position at the University of North Carolina for ten years. In 1978, Wegman joined the Office of Naval Research, in which he headed the Mathematical Sciences Division.

Later, Wegman served as the first program director of the Ultra High Speed Computing basic research program for the Strategic Defense Initiative's Innovative Science and Technology Office. He joined the faculty of George Mason University in 1986 and developed a master’s degree program in statistical science.

Wegman is credited with coining the phrase "computational statistics" and developing a high-profile research program around the concept that computing resources could transform statistical techniques. He also has been the associate editor of seven academic journals, a member of numerous editorial boards, and the author of more than 160 papers and five books. Wegman is a member of the American Statistical Association, a former president of the International Association for Statistical Computing,  and a past chairman of the Committee on Applied and Theoretical Statistics for the United States National Academy of Sciences.

" ... The Wegman work is part of a flurry of "analysis" (at least one expert derides this particular paper as "an opinion piece"), that Wegman and Said conducted on behalf of U.S. Congressman Joe Barton (R-Texas), who was using the material to attack the climate scientist Dr. Michael Mann. ... "

It should be noted, again, that Mann’s results have been completely corroborated by independent researchers unconnected to Mann’s “social network” ...

UPDATE 2: Ars carefully noted that the plagiarism issue is separate from Wegman’s accusation of improper statistical modeling by Mann et al. That is correct, these are separate issues. In fact, a detailed look at Wegman’s statistical modeling which purports to “prove” scientific misconduct actually shows that Wegman, McIntyre et al are playing fast and loose. This rebuttal was done, ironically, using the very code that McIntyre himself provided (reluctantly, but was eventually forced to do so after his own calls for transparency).

... The central methodology of Edward Wegman’s report was deliberately constructed to manufacture its outcome. Now it turms out that Wegman’s paper will be retracted on grounds of plagiarism, from Wikipedia and other sources.

In-depth, two-part analysis of the retraction is provided here (1) and here (2) by blogger DeepClimate who is credited with first discovering plagiarism in the Wegman report. As CT points out, these academic ethics issues seem to follow Wegman around.

This is the great irony of meta-science. It’s not science, but it insists we take it seriously when it critiques science for not being scientific enough. Perhaps we need only apply metascience to itself. ...

UPDATE: excellent briefing from Ars Technica about the whole issue. ...