Dallas cop backed by Trump for state House wins despite indictment, disclosures about past - The Constantine Report
0 SHARES

GOP Watch » Dallas cop backed by Trump for state House wins despite indictment, disclosures about past 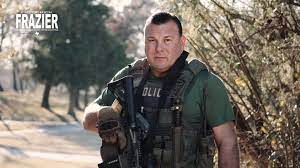 Frazier, a McKinney Republican, captured 58 percent of the vote to defeat Democrat Sheena King for the District 61 seat. At the core of his campaign was a pro-law enforcement, pro-development, low-tax platform. Donald Trump endorsed him in February.

A U.S. judge in Texas has blocked President Joe Biden’s plan to provide millions of borrowers with…

Frazier declined to comment for this story. He said on Twitter that his victory simply stems from voters’ interest in his platform.

“This race was won by talking about the issues that affect everyday North Texans and you can count on me to fight for you every day in Austin,’’ Frazier said in the post Wednesday.

King, who picked up 28,628 voters – roughly 10,000 fewer than Frazier – thanked her supporters for an “incredible run.” She appealed to voters in part by pointing attention to Frazier’s past troubles, which are “not reflective of a good leader or police officer.”

In June, Frazier was indicted by a Collin County grand jury for allegedly posing as a code compliance officer to try to remove a primary opponent’s campaign signs. He denied wrongdoing, calling the case a political stunt.

Frazier’s campaign downplayed a Dallas Morning News investigation published in late October revealing that Frazier drew nine allegations of brutality in the first decade of his 24-year police career. In all the cases, internal affairs investigators concluded there was not enough evidence to show he used excessive force.

Jillson said Frazier’s pattern of brutality allegations is troubling. King might have had more success if her campaign had unearthed Frazier’s internal affairs records itself - and made them an issue earlier in the race.

“It’s surprising that her opposition research didn’t do this,’’ Jillson said. “It could have been a real weakness for him.’’

Jillson doubts Frazier’s indictment made much of a difference for many voters. Texas Attorney General Ken Paxton, also a McKinney native, has been under indictment there on securities fraud charges for seven years. Yet on Wednesday, he was re-elected for the second time while under that cloud.

And criminal charges stemming from political activities are not unheard of, Jillson said.

Frazier’s new job as a lawmaker comes as he faces another setback to his police career.

The Dallas County District Attorney Office has notified the police department that it placed Frazier on its Brady List of officers accused of or found guilty of wrongdoing, according to police officials.

Being on the Brady List could complicate future criminal cases brought by Frazier because his past misconduct must be disclosed to defense lawyers.

A campaign spokesman said late Wednesday that Frazier did not know he was placed on the list and questioned whether it was a “misunderstanding.’’

Trump Appeals Dismissal Of Insane RICO Trollsuit Against Hillary Clinton Because ... (Above the Law)