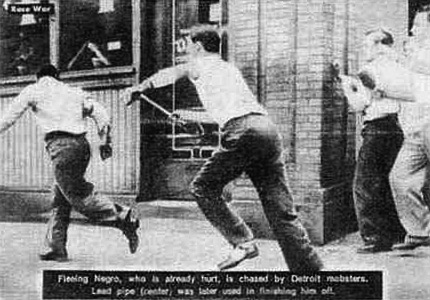 Investigators believe the man charged with planting a bomb on the route of the Martin Luther King Jr. Day march in Spokane posted more than 1,000 entries talking about a race war and bombs on a racist Internet forum.

Using the pseudonym “Joe Snuffy,” Kevin W. Harpham, 36, wrote in 2009, “I personally think we need a couple thousand pro White psychopaths then maybe we might start getting somewhere with this White Revolution.”

Harpham also wrote on the Vanguard News Network that year, “Who was the person during WW2 that said something like ‘Those who say you can’t win a war by bombing have never tried.’ If you can help me find this speech where he makes this statement it would be appreciated.”

Authorities won’t publicly confirm the link but a connection between Harpham and “Joe Snuffy” can be found in a March 2008 posting by Harpham in which he discusses technical difficulty in his effort to “reestablish Joe Snuffy.”

Mark Potok, the director of the intelligence project that tracks and investigates hate group for the Southern Poverty Law Center, said his organization has “confirmed definitely” that “Joe Snuffy” is Harpham.

“This is chilling material. It shows that Harpham was exactly what he appears to be: a person very much part of the white supremacist movement and someone who talked for years about this kind of violence.”

Potok said racists often use pseudonyms to protect themselves from backlash at jobs or from others who don’t share their views.

“When you look at someone like Eric Rudolph, you find someone who was in the movement but was very quiet,” Potok said. Rudolph, who was convicted of several bombings across the southern United States including the bombing at the 1996 Olympics in Atlanta, “was virtually invisible. That obviously is not true of Harpham.”

Agents, which included lab technicians on hand to immediately test evidence, remained there today gathering evidence in what has been described as an intense investigation that began when a bomb was located along the planned route of the Martin Luther King Jr. Day Unity March in downtown Spokane on Jan. 17.

Neighbors told The Spokesman-Review on Wednesday that Kevin Harpham had periodically been living in his parent’s home. However, Harrill did not indicate that Cecil Harpham was in any way connected to the investigation.

In other developments, The Seattle Times has reported, citing an unnamed source, that federal investigators have linked device to Harpham through DNA evidence. But Harrill wouldn’t comment on any of the details that might be contained in sealed documents.

Harpham remains in the Spokane County Jail without bond and he declined a request by The Spokesman-Review today for a jailhouse interview. He faces life in prison if convicted of the charges of attempted use of weapon of mass destruction and possession of an unregistered explosive device. Evidence from the case will be presented to a grand jury on March 22 and Harpham is not currently scheduled to appear in court again until the next day.

In his postings, Harpham, who attended Spokane Community College in 2002 and 2003, discussed several times trying to get the courage to kill.

“I can’t wait until the day I snap,” “Joe Snuffy” wrote in November 2004 after viewing a video of violence. “Fear of death is the only thing stopping me and it is a fear that is hard to get over if you can relate to that.”

Potok said Wednesday that the Southern Poverty Law Center’s records show Harpham was a member in 2004 of the National Alliance, a white supremacist organization founded by the late William Pierce, who authored “The Turner Diaries.”  That book was a fictional novel about a future race war that was believed be used by Timothy McVeigh as a blueprint to the 1995 bombing in Oklahoma City that killed 168 people.

Also on Wednesday, Erich Gliebe, the chairman of the National Alliance, said Harpham was not a member of his group, which is based in Hillsboro, W. Va.

But Harpham in November 2004 wrote about how he got introduced to “The Turner Diaries” while with the Army’s 1st Battalion, 37th Field Artillery Unit at what is now Joint Base Lewis-McChord, where he served between 1996 and 1999.

“In the army, my lieutenant told me Timothy McVeigh read the ‘Turner Diaries’ and that there was a blueprint for a truck bomb in it. After I was out of the service and was getting to the point of advanced anti-government libertarianism, I bought the book and when I was finished I was extremely disappointed that there was no plans for a bomb inside,” he wrote in November 2004.

“Joe Snuffy” also posted other details about himself that left little doubt that he was in fact Harpham. For example, “Joe Snuffy” posted that he built a 672-square foot home on 10 acres that he purchased in 1997. That matches exactly with property records for Harpham.

Records also indicate that Harpham lived for a time in Wenatchee. On Oct. 2, 2007, “Joe Snuffy” wrote: “When I lived in Wenatchee WA I worked as an electrician doing mostly new residential construction. When you got into a house or a development with a lot of spics around you would run the risk of showing up in the morning with the wire cut out of the job you did the day before.”

According to a review of Vanguard News Network, the last posting from “Joe Snuffy” came on Jan. 16, 2011, which is the day before the bomb was discovered along the MLK march route in Spokane.