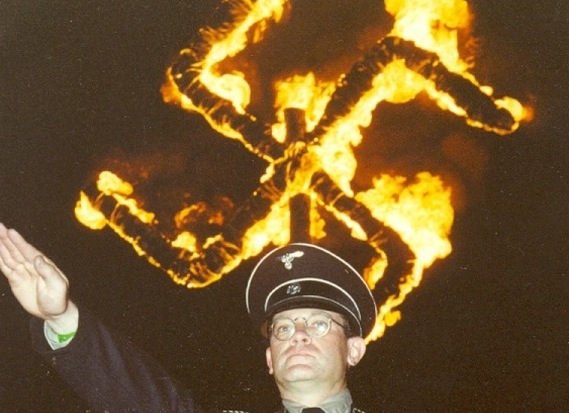 The last time we tuned into the real-life soap opera As the Nazis Turn, “White Will,” played by veteran racist William W. Williams, had, in a bloodless putsch, seized control of the National Alliance (NA), once upon a time the most dangerous and best organized neo-Nazi group in America.

Plotting for months with the Alliance’s besieged longtime chairman, Erich Gliebe, a former boxer known in his ring days as the “Aryan Barbarian,” Williams took over leadership of NA last October as Gliebe stepped down and happily returned, as he put it, “to civilian life.”

The changing of the guard, which was approved by NA’s board in a small-town motel room in Virginia, blindsided Williams’ neo-Nazi rivals, a small band of disgruntled former members, calling themselves the National Alliance Reform & Restoration Group, or NARRG.

At the time, NARRG had been in court for months, racking up tens of thousands of dollars in legal fees in a civil suit, seeking $2 million from the financially-strapped Gliebe and control of the once mighty Alliance, founded in 1970 by the late Dr. William Pierce, a former physics professor and the author of The Turner Dairies, the novel that inspired the Oklahoma City bombing.

Now comes a brand new episode of the Nazi soap.

On Feb. 6, Sanders Pierce, the elderly brother of NA’s founder and the lead plaintiff in the NARRG suit, spent an hour on a white nationalist internet radio show questioning Williams’ emotional state and his veracity, while repeatedly asking for financial contributions to keep the legal battle going, because, Pierce said, “these lawyers at $200 an hour get expensive.”

“I’m puzzled by exactly what Mr. Williams intends to do,” Pierce said. “He does have a history of some emotional problems and it could be that he himself doesn’t really know.” He then suggested that everyone should take whatever Williams has to say “with a grain of salt.”

Sanders Pierce also went after Williams’ number two man in the new NA, Kevin Strom, who served for years as one of William Pierce’s top aids but is now widely despised in the white nationalist movement after his 2008 conviction for possession of child pornography. Williams, however, is fiercely loyal to Strom.

Sanders Pierce said Williams and Strom “are simply not qualified” to lead or even belong to the Alliance. “We will do everything in our power to rebuild the National Alliance to high standards,” he said. “It’s going to take a lot of work, a lot of money.”

Williams, who is known throughout the white nationalist movement as White Will, the fictional hero of a racist comic book he helped write and draw, fired back in a post on Stormfront, the largest white nationalist web forum in the world.

“NARRGs will never again become Alliance members,” he wrote the day after the broadcast. “I had left the door cracked for Sanders Pierce, even mailed him a copy of our Members BULLETIN last week – but it shut for good on him last night.”

Williams insisted that he is not “locked into any battle with NARRG” and is not even named in the group’s lawsuit. “They simply want people to believe that I am so that people will send them more money ‘to save the Alliance,’” Williams wrote. “I’ve already saved the Alliance. Gliebe’s gone. He is no longer an Alliance member, despite their ridiculous claim that my board of directors is really his board of directors.”

In an interview with Hatewatch Monday, Gliebe said, as he has since last October, that he is “completely out of the Alliance and happy to be out.”

Gliebe said the other members of NARRG, particularly Jim Ring, neo-Nazi from California and longtime Alliance member before he quit in 2012, are exploiting Sanders Pierce, who is in his late 70s. “Sanders is being used for name recognition,” he said. “He was never an activist. It’s almost abuse of the elderly.”

White Will Williams now has the keys to the compound and has removed the library to his property in Tennessee. Williams recently announced on Stormfront that he hopes to have National Vanguard Books (NVB), the publishing arm of the Alliance, back in business sometime this year, “beginning with bulk sales of the titles NVB publishes: Which Way Western Man?, The Turner Diaries, Hunter, Bolshevism From Moses to Lenin, Gun Control in Germany, 1928-1945, among others.”

“The NVB Website was not updated for the past few years,” Williams said, “as the National Alliance was in serious decline due to mismanagement.”

Sanders Pierce said he believed that Glieb had violated a restraining order, prohibiting him from selling NA property before the lawsuit is settled. “We have every expectation,” he said, “that within several months we will have this thing resolved in our favor.”

Gliebe said the restraining order was issued in April and he transferred the library – “after a donation” – to Williams in March.

“Sanders Pierce is late for the dance,” Gliebe said. “He needs to understand that March comes before April. If they’re banking on that, they might as well be waiting on the Easter Bunny.”

For most of the life of the lawsuit, which was filed in January 2014, Gliebe has represented himself in court. “I saved a lot of money,” he said.

He said he has recently hired a lawyer, a former prosecutor from Gloucester, Va., where the lawsuit is being heard. He said his lawyer is scheduled to depose Sanders Pierce and the other members of NARRG, some of whom will have to travel across country from their homes in Nevada and California.

“Wait until they all get deposed,” Gliebe said, “and then see how expensive it is going to be for them.”

Please stay tuned for the next episode, when the Aryan Barbarian and the boys from NARRG are scheduled to be back in court in late March. 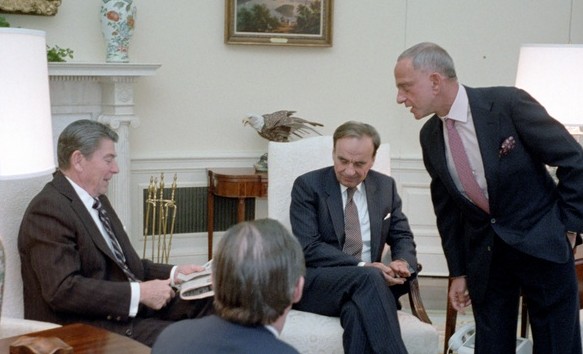