Nobody is going to call John Christian Parks a master criminal. Not him, certainly. Not his attorneys. Not the federal prosecutors who, having won a conviction against the eight-time felon following a jury trial, asked that he spend a decade in prison for gun crimes.

Before this run-in, the apex of Parks’ criminal career came in 2004 when he dashed out of a King County jail. Handcuffed and facing prison for drug offenses, Parks was free for several hours before he was surrounded by a crowd of concerned citizens and apprehended.

But, criminal mastermind or not, none of Parks’ felony convictions posed much of problem when he started buying sophisticated rifles online.

According to federal prosecutors, Parks bought three assault rifles from men reselling guns they’d purchased from licensed gun dealers, including Cabela’s. One seller told police he bought the AR-15-style rifle after a gunman killed 20 children and six adults at an elementary school in Sandy Hook, Conn. He told investigators he bought the rifle because there would be “none were left in the stores” following the mass slaying.

Sentencing him to eight years in prison Thursday, U.S. District Judge Thomas Zilly said Parks' conduct “illustrates how easy it is for anyone to buy firearms online or on the street,” according to a U.S. Attorney's Office statement. Parks remains jailed pending his tranfer to federal prison. 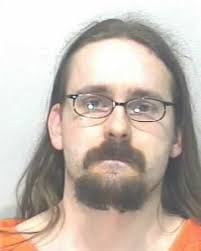 Parks’ recent troubles began March 30, when an ATV rider told Forest Service police men shooting nearby had been mean to him. The officers went to the clearing where they found Parks, another convict and three others shooting rifles at explosive targets.

A Chevy Yukon and Ford Ranger parked nearby were packed with gun cases and ammunition. Investigators ultimately seized eight guns, including four assault rifles; two of the rifles were found in the Yukon, which was registered to Parks’ girlfriend.

Dressed in green BDUs and a camouflage “boonie” hat, Parks dropped a meth pipe after officers handcuffed him. Police seized the weapons – as well as methamphetamine and drug paraphernalia in the vehicles – but ultimately let Parks go.

As a convicted felon, Parks knew gun possession to be on his long list of “no-nos.” Nonetheless, in the days after his arrest he left at least three phone messages with Forest Service police asking that they return “our guns” and his tactical vest.

In email sent from federal detention, Parks told a white supremacist minister the incident was an “illegal gun grab.” A second convicted felon arrested at the clearing was also prosecuted. Under Department of Corrections supervision at the time, he pleaded guilty and is currently serving a four-year term in federal prison.

While Parks failed to get his guns back, he succeeded in sparking investigators’ interest.

Agents with the Bureau of Alcohol, Tobacco, Firearms and Explosives searched Parks’ Belfair home in late July. Scouring the home, they found manuals for the seized guns as well as a revolver and body armor. They also found sales records detailing how it was that Parks came to own at least three AR-15-style rifles.

Parks bought one of the rifles, a Smith & Wesson, in late January or early February 2013 from a Belfair man who’d purchased it a month before from Bull’s Eye Shooter Supply in Puyallup.

The initial buyer told investigators he bought the gun because he believed semiautomatic assault rifles might be banned after the Sandy Hook massacre, during which the gunman used an AR-15-style rifle as well as a handgun. 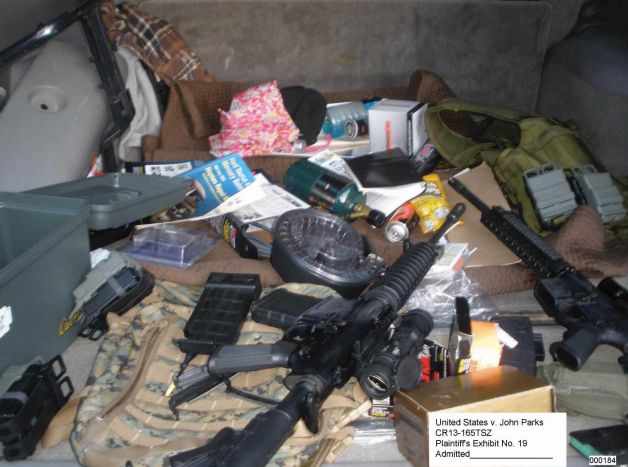 Weapons and ammunition recovered by authorities during the investigation into John Christian Parks, pictured in a Department of Justice photo. Photo: Department Of Justice[/caption]