American Terrorism » Son of Sam Murders and the Occult

Son of Sam Murders and the Occult 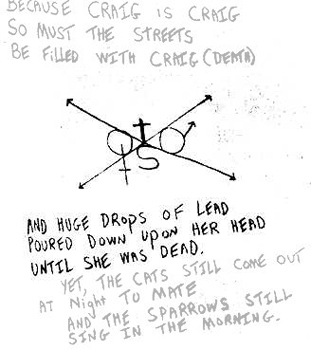 The "Son of Sam murders" in New York City, where the killer used a .44 caliber, 5-shot revolver remains one of the most heinous in our nation's history. While David Berkowitz confessed to some of the murders, the media has grossly under reported the evidence that points to the involvement of a Satanic Cult.   "Berkowitz claims that he joined a cult in the spring of 1975. Initially, he said, the group was involved in harmless activities, such as séances and fortune telling. Gradually, however, Berkowitz claimed that the group introduced him to drug use, sadistic pornography and violent crime. They began, he claims, by killing dogs, mostly German Shepherds. Over a dozen mutilated dog corpses were discovered in Yonkers, especially near Untermeyer Park, which Berkowitz claimed was a frequent meeting place for the cult." (Source)   This would explain why he felt compelled to listen to "dog-induced" hallucinations that commanded him to murder.   "Within a few weeks of his arrest, Berkowitz was hinting that others were involved in the .44 murders. In a letter to the New York Post dated September 19, 1977, Berkowitz repeated the possessed dog story, but closed out his missive with the warning, "There are other Sons out there, God help the world."[42]   In later years, he has discussed the cult claims in greater detail, but alleges that he cannot divulge all he knows without putting his family at risk. The cult had roughly two dozen core members in New York, the "twenty-two disciples of hell" mentioned in the Breslin letter. The cult had ties across the U.S., claimed Berkowitz, and was deeply involved in drug smuggling and other illegal activities. Berkowitz reportedly invited the former priest and exorcist Malachi Martin to visit him to discuss his past Satanic cult involvement.[43]   Hockenberry asserts that, even aside from the Satanic cult claims, many officials doubted the single-shooter theory, writing, "[w]hat most don't know about the Son of Sam case is that from the beginning, not everyone bought the idea that Berkowitz acted alone. The list of skeptics includes both the police who worked the case and the prosecutor from Queens where five of the shootings took place." (Ibid)   In fact, witnesses described other individuals at the crime scene and two different vehicles (A Ford Galaxy and a Yellow Volkswagon). Even more revealing are other statements from Berkowitz:   "Journalist Maury Terry began investigating the Son of Sam shootings before Berkowitz was arrested. Doubtful of the single shooter theory favored by police, Terry dug deeper into the case, noting a number of unresolved questions and inconsistencies that he first publicized in a March 1978 newspaper article.   Eventually interviewing Berkowitz several times, Terry uncovered evidence that he argues strongly support the idea that a violent offshoot of the Process Church was responsible for the Son of Sam murders and many other crimes. After consulting with police and agreeing to withhold some names and other details, Terry publicized his conclusions first in a series of newspaper articles distributed by the Gannett syndicate in 1979, and later in his book The Ultimate Evil, which has been expanded several times since its initial 1987 publication.[38] Queens' district attorney John Santucci, who thought the case against Berkowitz was riddled with inconsistencies and unresolved questions, was so impressed with Terry's research that, "he agreed to reopen the Son of Sam case ... But to date no-one else has ever been charged in connection with the crimes." (Ibid)   We will discuss the Process Church in more detail in the next article. 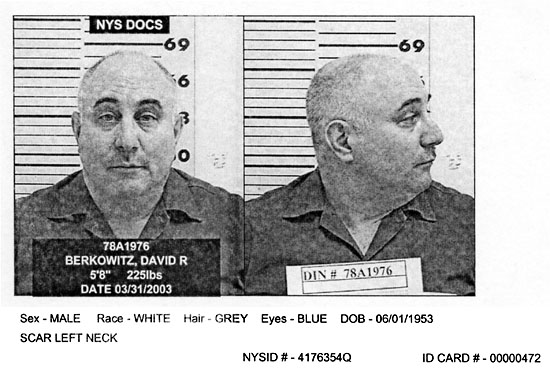 Berkowitz claimed that brothers John and Michael Carr, the real life sons of Yonkers resident Sam Carr, were members of the same Satanic cult. John was the "John Wheaties, rapist and suffocator of young girls" mentioned in the Breslin letter.   Both Carr brothers died within two years of Berkowitz's arrest. John Carr was discovered dead in February 1978 in his girlfriend's North Dakota home; police initially viewed his death as suspicious, but it was ultimately ruled a probable suicide. Michael Carr died in a single-car traffic accident in October 1979, on Manhattan's West Side Highway.   Berkowitz claims that both Carr brothers were probably murdered by Satanic cult members because their heavy drug use marked them as untrustworthy and likely to become informants.   Satanism is not the "harmless" religion that those in power would have us believe. These people do consult with evil spirits and murder innocent victims in exchange for "favors". These favors include the destruction of an enemy, wealth, power, etc., Human sacrifice is and will always be a part of the true Satanic Religion.   The fact that a dupe pulled the trigger enough times to be called a murderer, doesn't  mean he acted alone, or on his own behalf.    Shortly after his arrest in August 1977, Berkowitz confessed to killing six people and wounding seven others in the course of eight shootings in New York between 1976 and 1977; he has been imprisoned for these crimes since 1977. Berkowitz subsequently claimed that he was commanded to kill by a demon who possessed his neighbor's dog.   Berkowitz later amended his confession to claim he was the shooter in only two incidents, personally killing three people and wounding a fourth. The other victims were killed, Berkowitz claimed, by members of a violent Satanic cult of which he was a member. Though he remains the only person charged with or convicted of the shootings, some law enforcement authorities argue that Berkowitz's claims are credible: according to John Hockenberry[1] formerly of MSNBC, many officials involved in the original "Son of Sam" case suspected that more than one person was committing the murders. Hockenberry also reported that the Son of Sam case was reopened in 1996 and, as of 2004[update], it was still considered open. (Ibid)   In the Illuminati, "slaves" and "dupes" are always the ones who do the dirty work. The Cult leadership is far enough removed from the deed to avoid prosecution. For those "dabblers" out there, I hope you remember this. Go any further and you will eventually become a victim or a "scape-goat". It never pays to play with fire.   moneyteachers.org/SonofSam.htm http://beforeitsnews.com/news/24446/Son_of_Sam_Murders_and_the_Occult.html
Login
0 Comments

YouTube Video: Mae Brussell on the Son of Sam Killings