1) Cop Shoots Cop in Face after Rampaging Satanist is Killed, 2) Cop who Shot Cop Said to be Inconsolable - The Constantine Report
0 SHARES

Recommended » 1) Cop Shoots Cop in Face after Rampaging Satanist is Killed, 2) Cop who Shot Cop Said to be Inconsolable

Meet self-proclaimed Satanist, Anthony DiGeronimo, 21, who terrorized his neighbors in a rampage that ended in tragic circumstances. Just imagine you’re pulling out of your driveway, going about your typical Saturday 8pm happenings in Massapequa Park, L.I., when suddenly a satanic menace dressed in all black, his face covered with a white mask adorned with chains, jumps onto your windshield wielding a large knife …

NY Daily News: “A Long Island cop was shot in the face and killed by an MTA officer after a knife-wielding, self-proclaimed Satanist lunged at police and was gunned down in his home Saturday, sources said.”

Brian Mullins, a 12-year-old eyewitness, recounted to police that DiGeronimo stared at him, “murderous-looking eyes” that were “staring into his soul” as he freakishly paraded down the streets of his neighborhood, knife in hand.

Police, including an MTA office that lived nearby, cornered DiGeronimo in a rear bedroom of his home after neighbors called police. Instead of dropping his weapon, Anthony lunged at police, resulting in officers executing the disturbed Satanist in the bedroom.

That’s when the real tragedy began. 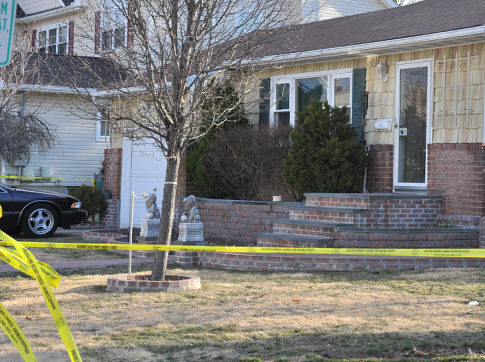 "After the shooting, a Nassau County special operations cop stepped into the home. An MTA officer, standing near the door, saw the gun and shot the cop in the face.”

The officer died soon after at Nassau County University Center.

Neighbors and friends lamented after DiGeronimo’s death that they ‘weren’t surprised’ and in some cases, friends even ‘knew he had weapons’.

DiGeronimo also noted on his blog that he wasn’t just some ‘small-time occultist.’ …

The MTA cop who shot and killed a plainclothes Long Island officer was inconsolable Sunday as he struggled to come to terms with the tragic friendly-fire incident, sources said. 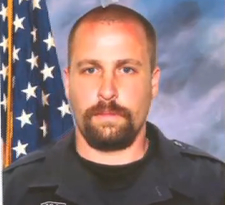 Glenn Gentile is under investigation by Nassau County Police after he shot Geoffrey Breitkopf in the side moments after he arrived at a crime scene to offer backup, officials said.

Breitkopf, a 12-year veteran and married father of two, died a short while later in hospital.

"[Gentile] is devastated," a police source told the Daily News.

"He comes from a police family. He is heartbroken."

Gentile, 33, has been on the force at least six years and was assigned to the MTA Police Department's Nassau district. Sources described him as "a solid, level-headed kid," who has military experience.

He has a twin brother who is also an MTA cop and his father, Roger Gentile, was a Nassau detective who retired after 40 years' service and died in 2007. ...

He was a member of the elite Bureau of Special Operations, an honor he took so seriously he had the unit's logo tattooed on his chest. ... 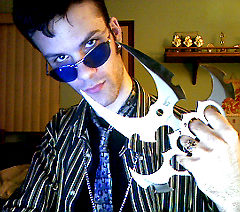 The 21-year-old was spotted walking the streets with a blade and slashing cars shortly after 8 p.m., witnesses and police said.

He then ran into his home where he locked himself in a bedroom only to emerge dressed head-to-toe in leather with a mask over his face and a knife in each hand.

Additional blades were also dangling from his body.

"He marched out of his room like an animal, with his knife held above his head," Mulvey said. "Not only did he have a knife in both hands, but he had other knives attached to his body. He was a self-described anarchist. He was into satanism."

This leaves out a big part of the story. There was a retired NYPD detective hanging on scene who supposedly yelled “gun” and thats when the shooting occured. It seems this retiree is known to be a nuisance, and now he’s helped kill someone.
http://abclocal.go.com/wabc/story?section=news/local/long_island&id=8015048
Theresa Kelly is the person who made the call to 911, after she says 21-year-old Anthony DiGeronimo jumped on the hood of her car and threatened her with a knife, and allegedly lunged at arriving officers, who shot and killed him.

Kelly says she tried to talk to the officers, but that retired sergeant unleashed a profanity laced tirade against her.

A few minutes later, sources say the retired sergeant spotted plainclothes Officer Geoffrey Breitkopf striding toward the scene with a shotgun at his side, pointing at the ground.