U.S. Army Private Ethan Melzer Sent Sensitive U.S. Military Information to Members of a White Supremacist Group in an Attempt to Facilitate a Deadly Jihadist Attack on His Army Unit 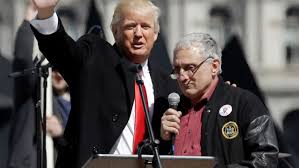 Damian Williams, the United States Attorney for the Southern District of New York, announced today that ETHAN PHELAN MELZER, a/k/a “Etil Reggad,” pled guilty to attempting to murder U.S. service members, providing and attempting to provide material support to terrorists, and illegally transmitting national defense information.  MELZER planned a jihadist attack on his U.S. Army unit in the days leading up to a deployment to Turkey and sent sensitive details about the unit—including information about its location, movements, and security—to members of the extremist organization Order of the Nine Angles (“O9A”), an occult-based, neo-Nazi, and white supremacist group.  MELZER pled guilty today before U.S. District Judge Gregory H. Woods.

U.S. Attorney Damian Williams said:  “As he admitted in court today, Ethan Melzer attempted to orchestrate a murderous ambush on his own unit by unlawfully disclosing its location, strength, and armaments to a neo-Nazi, anarchist, white supremacist group.  The defendant believed he could force the U.S. into prolonged armed conflict while causing the deaths of as many soldiers as possible.  MELZER’s traitorous conduct was a betrayal of his storied unit and nothing short of an attack against the most essential American values.  Thanks to the incredible work of the FBI and the U.S. Army, MELZER’s duplicity was revealed and his murderous attack thwarted.”

According to the Indictment and other documents in the public record, as well as statements made in public court proceedings:

MELZER has been a member of O9A since at least 2017.  O9A espouses neo-Nazi, anti-Semitic, and Satanic beliefs, and promotes extreme violence to accelerate and cause the demise of Western civilization.  The group has expressed admiration both for Nazis, such as Adolf Hitler, and Islamic jihadists, such as Usama Bin Laden, the now-deceased former leader of al Qaeda.  Members and associates of O9A have also participated in acts of violence, including murders.  O9A members are instructed to fulfill “sinister” deeds, including “insight roles,” where they attempt to infiltrate various organizations, including the military, to gain training and experience, commit acts of violence, identify like-minded individuals, and ultimately subvert those groups from within.

MELZER joined the U.S. Army in approximately 2018 as part of an O9A insight role to infiltrate its ranks and further his goals as an O9A adherent.  In approximately October 2019, MELZER deployed abroad with the Army to Italy as a member of the 173rd Airborne Brigade Combat Team.  While stationed abroad, MELZER consumed propaganda from multiple extremist groups, including O9A and the Islamic State of Iraq and al-Sham, which is also known as ISIS.   For example, MELZER subscribed to encrypted online forums where he downloaded and accessed videos of jihadist attacks on U.S. troops and facilities and jihadist executions of civilians and soldiers, in addition to far-right, neo-Nazi, and other white supremacist propaganda.

In approximately early May 2020, the Army informed MELZER that he would be reassigned to a unit scheduled for a further foreign deployment, where the unit would be guarding an isolated and sensitive military installation (the “Military Base”).  After he was notified of the assignment, MELZER joined his new unit and attended weeks of training, including classified and unclassified briefings, to prepare for the deployment.  As part of this intensive training, MELZER learned details about the purpose, layout, and security of the Military Base.  MELZER and his unit also received in-depth training about and practiced for numerous threat scenarios at the Military Base, including how to respond to various potential terrorist attack scenarios.

Upon learning the importance and sensitivity of his upcoming deployment, MELZER immediately began passing that information to members of O9A.  MELZER secretly used an encrypted messaging application to propose, advocate for, and plan a deadly attack on his fellow service members.  MELZER sent messages to members and associates of O9A, and, in particular, a sub-group of O9A known as the “RapeWaffen Division,” providing details about his unit’s anticipated deployment including troop movements, relevant dates, locations, armaments, topography, and security, all in connection with the proposed attack on his unit and the Military Base.  MELZER and his co-conspirators used this information to plan what they referred to as a “jihadi attack” with the objective of causing a “mass casualty” event victimizing his fellow service members.  For example, after describing the unit’s weaponry during the deployment – and providing information consistent with the briefings he had received – MELZER described to his co-conspirators how an attack would “essentially cripple[]” the unit’s “fire-teams.”

To further the attack plan, MELZER and his co-conspirators passed these messages to a purported member of al Qaeda.   MELZER’s proposed attack evolved as he gathered and distributed additional sensitive information about the deployment.  For example, MELZER also promised to leak more information once he arrived at the Military Base – including real-time photographs of the facility and the frequency and channel of U.S. Army radio communications – in order to maximize the likelihood of a successful attack on his unit or on a replacement unit deployed to the Military Base.

MELZER told members of O9A in his encrypted electronic communications “[y]ou just gotta understand that currently I am risking my literal free life to give you all this” and that he was “expecting results.”  MELZER further acknowledged that he could be killed during the attack, and described his willingness to die for O9A’s goals, writing “who gives a fuck [. . .] it would be another war . . . I would’ve died successfully . . . cause [] another 10 year war in the Middle East would definitely leave a mark.”  MELZER also acknowledged in his messages that he deleted some of the communications regarding the planning of the attack because the plot amounted to treason.

The statutory penalties are prescribed by Congress and are provided here for informational purposes only, as any sentencing of the defendant will be determined by the judge.

Mr. Williams praised the outstanding efforts of the Federal Bureau of Investigation’s (“FBI”) New York Joint Terrorism Task Force, which principally consists of agents from the FBI and detectives from the New York City Police Department, along with the FBI’s Legal Attaché Office in Rome, Italy, the Air Force Office of Special Investigations, U.S. Army Counterintelligence, U.S. Army Criminal Investigation Command, Attorneys from the U.S. Army Africa Office of the Staff Judge Advocate and 173rd Airborne Brigade Combat Team, and the U.S. Department of State Diplomatic Security Service.  Mr. Williams also thanked the Counterterrorism Section and the Counterintelligence and Export Control Section of the Department of Justice’s National Security Division, as well as the Department’s Office of International Affairs, for their assistance.

This prosecution is being handled by the Office’s National Security and International Narcotics Unit.  Assistant U.S. Attorneys Sam Adelsberg, Matthew J.C. Hellman, and Kimberly J. Ravener are in charge of the prosecution, with assistance from Trial Attorneys Alicia Cook of the Counterterrorism Section and Scott Claffee of the Counterintelligence and Export Control Section.