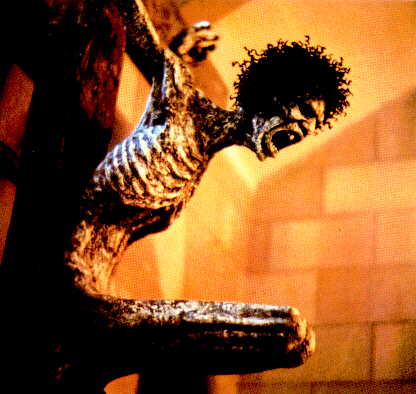 The Vatican intensified its inquisition against reformist elements in the church on March 21, 1985, when the Congregation for the Doctrine of the Faith—headed by Josef Cardinal Ratzinger—issuing a condemnation of the Brazilian Franciscan priest, Leondardo Boff.

The criticism from the Vatican was couched as a defense of church hierarchy, but it was part of a broader crackdown on the "liberation theology" movement comprised of reformist elements in the Latin American diocese. The persecution was inextricably bound up with the Vatican's defense of dictatorial regimes in Latin America. Liberation theology, with its emphasis on alleviating poverty, "sounds terribly like Marxism," according to an American prelate associated with Ratzinger.

In reality, liberation theology appropriated certain Marxist concepts, such as the class struggle, in order to head off working class revolution, which its adherents—including Fr. Jean-Bertrand Aristide in Haiti—explicitly rejected. The Vatican's attack on the liberation theologians signaled the church's determination, under Pope John Paul II, to stamp out any association with popular social movements.

Ratzinger's office, the Congregation for the Doctrine of the Faith, was the direct descendant of the Inquisition, established in 1542, which was ordered "to maintain and defend the integrity of the faith and to examine and proscribe errors and false doctrines." Among its many victims were the scientists Giordano Bruno, burned at the stake in 1600, and Galileo Galilei, imprisoned in 1633.

see book, The Church and the National Security State, by Jose Comblin.

Also, yeah living the bible the way it should be lived is considered worse than the garden variety stalinism that now passes for marxism. This is why it was that Trotsky got murdered in mexico by his new “friends” in moscow; because true Christianity exists in a context of individual self-determination. Both rightwing corporatism and stalinism hate that idea and militate against it. Thus the battering of the occupy movement in the US; how dare you youngsters assert your god-given legal and moral rights?

Dom Helder Camera an archbishop in Brazil targetted for assassination by rightwing elites in Brazil converted his assassin by his kindness and graciousness, who decided not to kill him, he was so full of love because he had overcome the fear of death with the promise of the resurrection.