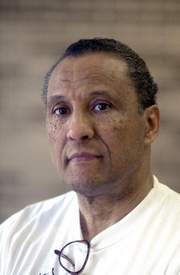 Over the years, Poughkeepsie resident Robert S. Collier served on the city school board, ran a program to employ young people in the construction trades and worked as an adjunct professor at several local colleges.

Many residents were saddened when they learned Collier died Feb. 12 at the age of 73, noting his community service and work with young people.

Some were surprised to discover he was a member of the Black Panther movement four decades ago in New York City, learning of his affiliation with the group for the first time in Collier's obituary, which ran in Saturday's Journal.

He also had apparently remained silent to many during his years in Poughkeepsie about another part of his past. Collier made national headlines 45 years ago following his arrest in connection with a plot to blow up the Statue of Liberty as part of the Black Power movement.

Collier and several others were arrested in February 1965 and charged with conspiracy to destroy government property and conspiracy to smuggle explosives into the United States. Published reports at the time said Collier and the others were arrested thanks to the work of an undercover New York City police officer who had infiltrated the group of conspirators, known as the Black Liberation Front.

The arrests made headlines around the country, and the case was featured in Time and Life magazines. Reports from the time indicate Collier was later convicted and served 21 months in prison.

She praised Collier's dedication to the district, where he served on the school board from 2000 to 2003.

"Obviously he did a 180," Staino said of Collier's community work in Poughkeepsie. "He definitely brought his passion to want to be a good public servant."

According to the obituary provided to the Journal, Collier was a member of Hudson River Housing, the Ulster County Workforce Board, the United Negro College Fund and many other civic groups.

In 1969, Collier made headlines again when he and 20 other Black Panthers were arrested and charged with plotting to bomb five of Manhattan's biggest department stores in the days leading up to Easter.

Known as the Panther 21, they were acquitted two years later following a lengthy trial.

Gladys Negron-Collier said her husband was a young man during a time in America's history when blacks were denied basic rights and suffered from discrimination. She said her husband, whom she said she met more than 25 years ago, did not talk much about the Statue of Liberty case or his activities during those years.

"We led a different life up here," Negron-Collier said, noting her husband's work to help young people and the homeless. "Everyone knew if they needed help with something, it was Robert they could go to," she said.

Collier eventually moved to Poughkeepsie and over the years worked with numerous community groups. He also served as an adjunct professor and instructor at Marist College and other local colleges and was a member of the Dutchess County Human Rights Commission. Thomas Jefferson, who served on the school board with Collier, said he "was an asset" to the district. Jefferson said he learned about Collier's past after Collier was elected to the school board.

"He didn't mention it," Jefferson said, adding "I was just amazed at all the good things he did."

"He really showed a real dedication to the district," Staino said.

A memorial to celebrate Collier's life is planned for 2 p.m. Saturday at Marist in Donnelly Hall.