The information may come to light in a 2010 complaint that the National Security Archive filed against the Securities and Exchange Commission under the Freedom of Information Act (FOIA), seeking documents Chiquita produced to the agency during two enforcement actions. Chiquita requested confidential treatment of documents related to payments it made to terrorist organizations in Columbia, arguing that SEC disclosure would interfere with the fairness of multidistrict litigation in Florida.

That Florida lawsuit, which has been stayed pending an interim appeal to the 11th Circuit, alleges that Chiquita Brands International and Chiquita Fresh North America are complicit in hundreds of deaths because of its direct and indirect payments to the United Self-Defense Forces of Colombia (known by its Spanish abbreviation AUC), a right-wing paramilitary force hired to drive “undesirables” off the banana plantations and suppress union activity.

“There can be no doubt that the SEC rationally determined from the record that disclosure of the Chiquita Payment Documents would not seriously interfere with the fairness of the Florida Litigation,” the Washington, D.C., judge said.

While no discovery has yet been taken in the Florida case, Chiquita conceded that it is prepared to produce the documents when the stay is lifted, so it would be harmed only by not having the opportunity to request a protective order shielding the documents from public dissemination.

But Chiquita’s “speculat[ion] that, upon disclosure of the Chiquita Payment Documents, the Archive – which is not a party to the Florida Litigation – might work with plaintiffs to coordinate a public smear campaign against Chiquita,” is not sufficient to qualify for an FOIA exemption, Leon’s 10-page judgment states.

The disclosures may generate negative pretrial publicity, but “Chiquita has failed to show why common judicial safeguards such as voir dire would be insufficient to ensure fairness where there is a ‘large, diverse pool of potential jurors,'” Leon added.

There is also no legal authority stating that the SEC must adhere to exemptions and redactions previously made by the Department of Justice regarding the same documents. 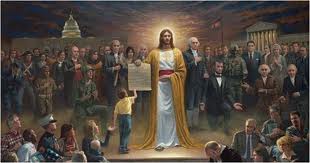