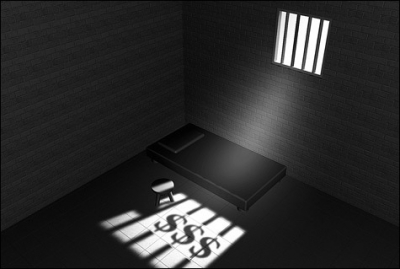 TALLAHASSEE — The Florida Legislature’s push to privatize many more prisons, its most far-reaching cost-cutting plan in years, could open a lucrative door to politically connected vendors who stand to profit.

Senate and House budgets require the state to privatize prisons in South Florida, home to one-fifth of the statewide inmate population of 101,000. The region is the home of the GEO Group, the nation’s second-largest private prison operator, which currently runs two private prisons, including the largest private lockup, the Blackwater River Correctional Facility in Milton.

The Boca Raton company, a reliable contributor to the Republican party, employs more than 2,000 people and a stable of 16 Capitol lobbyists. It donated $25,000 to Gov. Rick Scott’s inaugural celebration in January. A top transition budget adviser to Scott, Donna Arduin, is a former trustee of a GEO real estate company, Correctional Properties Trust. The company’s healthcare subsidiary, GEO Care, is led by Jorge Dominicis, a familiar figure in the Capitol from years of lobbying for the sugar industry.

In recent testimony before the Senate, Dominicis touted the advantages of privatization and said his firm achieves savings through higher staffing ratios — more inmates per staff member.

“The private sector can more easily be held accountable. Government tailors contracts to ensure outcomes,” he said. “The way we should move forward is with no preconceived notions.”

Under both proposals, private vendors would have to run prisons for at least 7 percent less money than state-run prisons.

The powerful lawmaker championing the privatization push, Senate Budget Chairman J.D. Alexander, R-Lake Wales, says the vendors will chosen through open competition by the Department of Corrections, not by legislators.

“I don’t know who it would benefit,” Alexander said. “We hope to have multiple bidders. We would go through a full procurement process and take the best bids possible.”

Some of the early momentum for prison privatization came from a policy brief by the Reason Foundation, a conservative think tank with GEO Group among its many donors, and Florida TaxWatch, a business-backed policy group. The Department of Corrections proposed privatizing all inmate healthcare as a cost-saving venture — despite major problems in recent years with privatizing health — but it has not suggested privatization of prisons.

“It’s the Legislature’s proposal. We’d like to remain neutral on that,” said Dan Ronay, the prison system’s deputy secretary, who is still adjusting to the politics dynamics in a state where lawmakers exert much closer oversight of prisons than elsewhere.

But Ronay, a former Indiana prison executive, said he had never heard of a state hiring a private company to run probation operations.

“I don’t see a system of probation ever being privatized,” he said.

Ronay said he has had positive experience with the GEO Group, which runs two prisons for sex offenders and short-term youthful offenders in Indiana. Describing a GEO-run prison in Newcastle, Ind., Ronay said: “It was run professionally if not a little bit above our mainstream facilities. They run a pretty good ship.”

Other states have had spottier experiences with GEO-run facilities, the subject of several NPR reports last month.

In Mississippi, where the company took over the nation’s largest juvenile prison last August, a class-action lawsuit on behalf of 13 inmates alleges contraband brought in by guards, sex between guards and inmates, inadequate medical care and prisoner violence that led to brain damage, the news organization reported.

In Texas, the youth commission canceled a contract in 2007 to manage a juvenile center after auditors conducted an announced visit and found “rampant mismanagement,” NPR wrote. Less than two years ago, the company pulled out of a prison in Littlefield, Texas, after a suicide scandal.

The GEO Group did not respond to requests for comment for this story.

Sen. Mike Fasano, R-New Port Richey, a close ally of the Florida Police Benevolent Association and chairman of the Senate budget committee with oversight of prisons, tried to block the prison privatization proposal in the Senate Budget Committee.

He called it a “huge policy shift” unprecedented in the country. But his fellow Republicans sided with Alexander, who said the venture would save almost $60 million over two years.

As a half-dozen GEO lobbyists looked on, James Baiardi, president of the PBA’s correctional officers chapter, argued the privatization plan would be dangerous.

“The prisons in Miami-Dade and Broward counties handle some of the worst inmates in the state,” he said. “To take that and just turn it over to a private company is just unreal.”

Baiardi said GEO is uniquely positioned to compete for the privatization bonanza because the company runs prisons, provides healthcare in prisons and recently bought a company that specializes in electronic monitoring of ex-inmates on probation.

St. Petersburg Times researchers Shirl Kennedy and Natalie Watson contributed to this report. Steve Bousquet can be reached at bousquet@sptimes.com.

Previous Article
The Long Road to Eichmann’s Arrest – A Nazi War Criminal’s Life in Argentina
Next Article
Colombia: Politicians with Death Squad Ties may have to Compensate Victims

Colombia: Politicians with Death Squad Ties may have to Compensate Victims
Apr 06