“…Aetna pretends to be a model of corporate transparency, but, in truth, shareholders have almost no idea which dark money groups the company is funding or how much it is contributing. …”

The lawsuit names Aetna CEO Mark T. Bertolini and the company’s board of directors as defendants.

Silberstein is represented by Citizens for Responsibility and Ethics, a Washington, D.C., nonprofit organization that says it is “dedicated to promoting ethics and accountability in government and public life by targeting government officials who sacrifice the common good to special interests.”

The lawsuit was filed in U.S. District Court for the Southern District of New York. It claims that Aetna’s misleading proxy statements violated the Securities Exchange Act of 1934 by providing inaccurate information in proxy statements “to procure votes for or against shareholder proposals.”

The lawsuit alleges that Aetna’s proxy statements omitted information about the company’s political activities to persuade shareholders to oppose a proposal from the Service Employees International Union Master Trust in 2012 and another offered by the Unitarian Universalist Association of Congregations in 2013.

But Aetna countered that the Political Contributions and Related Activity Report on its website was sufficient, and said its board of directors reviews the reports.

Sloan said the reports were inaccurate and difficult to find on Aetna’s website, contrary to the company’s statement.

“Aetna pretends to be a model of corporate transparency, but, in truth, shareholders have almost no idea which dark money groups the company is funding or how much it is contributing,” she said.

“Dark money” is a term for funds used to pay for an election campaign that are not disclosed to voters prior to voting.

Sloan said Aetna tried to hide nearly $8 million in contributions to the American Action Network and the U.S. Chamber of Commerce to influence the 2012 elections.

“Who knows where else Aetna has been funneling money?” she asked.

The Washington-based American Action Network describes itself as a nonprofit that promotes “center-right policies based on the principles of freedom, limited government, American exceptionalism, and strong national security.”

Aetna spokeswoman Susan G. Millerick said that the company “meets or exceeds” all disclosure requirements of current laws and regulations.

“We intend to vigorously defend against this lawsuit,” Millerick said.

Sloan said Tuesday that tax forms filed by the Republican and Democratic Governors Associations indicate Aetna “contributed far more to those groups than it reported between 2006 and 2012.”

And while Aetna said its 2011 contribution to the Chamber of Commerce was for “voter education,” Sloan said, the money was spent to run “negative ads in hotly contested congressional elections,” mostly against Democratic candidates, she said.

A contribution to the American Action Network was not reported, she said.

The lawsuit asks the court to order Aetna to fully disclose its political contributions, to void the 2012 and 2013 shareholder votes, and to require the company to include the proposals offered by SEIU and UUAC in its 2014 proxy statement. 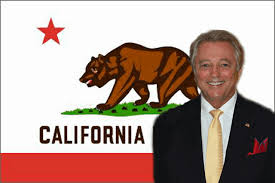