American Terrorism » The Semantics of Terrorism and War for Profit

The Semantics of Terrorism and War for Profit

" ... The 'war on terror' is a grotesque business venture which victimizes many for the sake of a few. Labels are applied to many types of victimized people so that warmongering can keep the war economy humming along to the enrichment of the few whose own sons and daughters are not put at risk. ... " 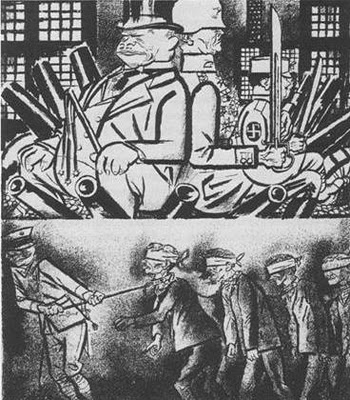 "Business is very good these days in the "war on terror", though the human cost is very high."

The U.S. Special Forces have soldiers operating in Afghanistan out of uniform, even photographed in local garb riding horses. Are these men terrorists because they operate out of uniform?

The U.S. measures "terrorist" activity by including warfare operations (attacks) against U.S. military forces. Is guerilla warfare against military targets the same as terrorism when "the enemy" engages in it, but not when the military engages in it?

What are "enemy combatants"? Three U.S. soldiers were taken prisoner in Iraq last week. The media reports them as being "kidnapped" by "terrorists". How do you kidnap a soldier during wartime? Do you invite him to attend a party out of uniform and then take him kidnap him as an act separate from warfare?

The U.S. government and media seem to classify American performance of warfare as legitimate, but the same exact operations by "the enemy" are always considered to be "terrorism", even when the acts are targeted against uniformed military personnel in the performance of their military duties.

American special forces in Afghanistan, operating out of uniform, are legal combatants. Afghans kidnapped and sold for ransom are "enemy combatants", even if they never held a weapon in combat, and "terrorists" if they did. Iraqis are divided into two classes, "terrorists" or "terrorist suspects" and are treated pretty much the same. Iraqis are subject to execution by the American military if viewed as an active threat and to indefinite detention if considered a potential threat, or even if they are suspected of knowing someone who is a potential threat.

Blowback is the phenomenon of creating a terrorist by treating an innocent person as a terrorist until that person decides that prior punishment justifies retaliation in the form of the crime that he/she was punished for to begin with. Blowback is the guarantor of self-perpetuating war, a very profitable business venture for the investor class. 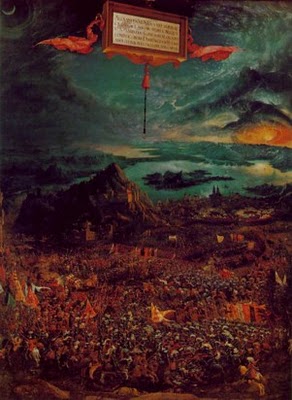 American troops become "cannon fodder" for "terrorists" and "enemy combatants" to target because the investor class has not yet figured out a good way to perpetuate warfare without "boots on the ground". And "cannon fodder", who are equally victims of "the enemy" and the investment class back home, help keep the masses at home motivated to keep the cycle of violence perpetuated and the cannon fodder motivated to risk and give their lives for the benefit of the investor class.

In other words, the "war on terror" is a grotesque business venture which victimizes many for the sake of a few. Labels are applied to many types of victimized people so that warmongering can keep the war economy humming along to the enrichment of the few whose own sons and daughters are not put at risk, but whose fortunes increase with the dropping of every bomb, the firing of every missile, and the shedding of every drop of blood.

Business is very good these days in the "war on terror", though the human cost is very high.