Grants funded by the Department of Homeland Security (DHS), and implemented by military contractor Science Applications International Corporation (SAIC) are on their way in the City of Oakland to build a  Domain Awareness Center (DAC) due to go live in July of 2014. The DAC will cost the taxpayers 10.9 Million dollars and was sold in city council meetings on the fact it could lower local crime rates as seen in the video below.

However, thousands of pages of emails, meeting minutes, and other public documents expose that, behind closed doors, city staffers have not been focusing on how the DAC can lower Oakland’s violent crime rate. In over 3,000 pages on the Domain Awareness System the terms “murder,” “homicide,” “assault,” “robbery,” and “theft” are never mentioned. So who are they really targeting? The real purpose of the DAC is to track political activists and organizations who speak out against the current establishment in Oakland according to the East Bay Express.

The DAC will include closed-circuit video feeds (CCTV) from all over Oakland as well as 700 cameras at Oakland public schools and 135 cameras at the Oakland Coliseum complex.

According to the American Civil Liberties Union studies show “Meta-analyses from the UK, along with preliminary findings from the US, indicate strongly that video surveillance has little to no positive impact on crime.”

The government is so corrupt they have to monitor people who provide the public with the truth. 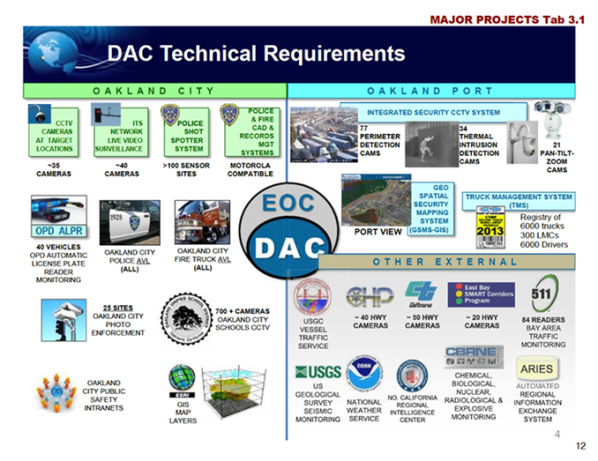