Master of War: Blackwater USA’s Erik Prince and the Business of War

I approached this book with some skepticism after reading on the bookflap that this new biography of Blackwater founder Erik Prince “reveals many previously hidden sides to the man: not just the deeply conservative. evangelical patriot known to the public, but also a rebellious, go-it-alone kingpin.” Patriot? This self-aggrandizing cover story was peddled to Congress after Prince found himself in a tight spot over the murder of 17 pedestrians in Iraq.

Only a gullible soul would fall for this moonshine. There have been precedents, of course. Before Erik Prince, Oliver North found himself explaining to a Congressional committee why he sold arms to an anti-American country on the State Department’s terrorist list, yet managed to project himself – in the course of pompous, jingoistic, deceitful congressional testimony – as a “patriot” and not a seditious criminal who armed enemies of the state to raise funds for Nazi-trained terrorists in Nicaragua. And all the while, his document-stealing secretary at the National Security Council snorted cocaine. Where was the “patriotism” in all of this, I ask? Only in North’s defensive rhetoric. And this re Erik Prince: “Kingpin” – Mafia connotations, and for this reason I might agree – but “patriot” is stretching it because the word is not, despite the common misconception, synonymous with “goose-stepper.”

And “Go-it-alone” he didn’t. Time magazine: “Blackwater security forces got a reputation as dangerously trigger-happy, and Prince was hauled before Congress. At issue: was Prince favored with contracts because he comes from a family of wealthy Republican donors?” Simons writes that the said contracts transformed Blackwater from “little more than a training facility for military Special Operations and law enforcement personnel into a billion-dollar powerhouse, with the U.S. government as his largest client.” The road for Prince was gilded from the start: “He had built his empire in part on his own personal wealth – which was substantial – derived from a windfall inheritance from his father.” This would be Edgar Prince, the Holland, Michigan auto parts manufacturer who gave us sun visors that light up. Edgar’s social set included James Dobson, founder of Focus on the Family, Charles Colson, Nixon’s “evil genius,” and hairlip-evangelical Gary Bauer.

Ultra-conservative connections continued to be a recurring theme when Erik came of age. He installed on Blackwater’s board of advisors Alvin “Buzzy” Krongard, executive director at the CIA. Krongard and Prince went back to 1999, when Krongard’s son, a Navy SEAL, had trained at Blackwater. In October, Krongard resigned from the board after the press reported that Howard Krongard, Buzzy’s brother, was the IG assigned by the State Department to probe the country’s most notorious military contractor.

AMY GOODMAN: … And the other connections, Jeremy Scahill, between Blackwater and the Bush administration and the Republican Party?

JEREMY SCAHILL: The most recent one is that President Bush hired Blackwater’s lawyer — Blackwater’s former lawyer to be his lawyer. He replaced Harriet Miers. His name is Fred Fielding, of course, a man who goes back many decades to the Reagan administration, the Nixon administration. He is now going to be Bush’s top lawyer, and he was Blackwater’s lawyer. Joseph Schmitz, who was the former Pentagon Inspector General, whose job it was to police the war contractor bonanza, then goes on to work for one of the most profitable of them, is the vice chairman of the Prince Group, Blackwater’s parent company, and the general counsel for Blackwater. Ken Starr, who’s the former Whitewater prosecutor, the man who led the impeachment charge against President Clinton, Kenneth Starr is now Blackwater’s counsel of record and has filed briefs for them at the Supreme Court, in fighting against wrongful death lawsuits filed against Blackwater for the deaths of its people and US soldiers in the war zones. And then, perhaps the most frightening employee of Blackwater is Cofer Black. This is the man who was head of the CIA’s counterterrorism center at the time of 9/11, the man who promised President Bush that he was going to bring bin Laden’s head back in a box on dry ice and talked about having his men chop bin Laden’s head off with a machete, told the Russians that he was going to bring the heads of the Mujahideen back on sticks. …

Another reason for my initial skepticism toward Master of War was the book’s imprint, HarperCollins, a Murdoch holding. That alone stirred in me the same sense of aversion any sensible man might compare to spiders creeping into his mouth, eyes and ear canals. Evangelicals bankrolled by Erik’s father are fixtures on Murdoch’s Fox News, and the political conflicts of interest are too numerous to list.

And then there is the book’s author, Suzanne Simons, a CNN executive producer. She has covered the Kosovo conflict, won a Peabody and duPont award for her reports on Hurricane Katrina and the Tsumani disaster in 2005. Simons’ many CNN reports on Blackwater have done much to rivet public attention on the military contractor scourge. But she is definitely a “mainstream” reporter, and in Master of War there is an over-reliance on Erik Prince interviews, hundreds of them conducted over the course of eighteen months. She often takes him at his word. After the shootings in Iraq, Prince believed, or pretended to believe, the self-serving account of his homicidal employees. He believed that they had “fought for our freedoms,” not that they considered themselves beyond accountability and acted out pathologically with Gestapo ferocity. Simons accepts Prince at his word, and this is a major shortcoming of the book.

Self-censorship is another. She wouldn’t think of plumbing Joseph Schmitz’s Nazi connections, for instance. Corrupt CIA officials like A.B. Krongard, formerly of In-Q-Tel and currently a Piper Rudnick operative, are taken at face value, as they often are in shallow cable news reports. 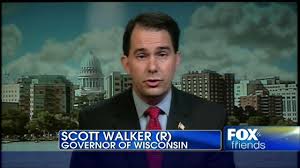 But despite these impediments, I found myself enjoying the book. The biography often lives up to its claim to be unbiased, and Prince’s self-vaunted “patriotism” withers in Simons’ wry, detailed deconstruction of the Blackwater scandal. The multitude of spooks that turn up in connection with Blackwater, recently rechristened Xe, lead me to the conclusion that the contractor is a CIA front. Blackwater has attracted to its board rooms some of the most powerful fascists in the country. If only Ms. Simons understood the deep history of her subject, her treatment of the widely-despised “patriot” would have been far less sympathetic, and would have exposed contractual parafacism for what it is – a house of jackals.