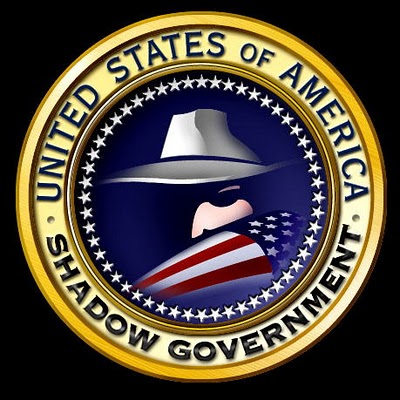 One entry, dated April 14, 1954, was about I. F. Stone, who was described as being a writer from New York. Mr. Stone, it was noted, condemned Senator Joseph R. McCarthy’s “persecution of innocent citizens” and likewise the House Committee on Un-American Activities and the Senate’s corresponding committee.

Another on Oct. 24, 1966, noted that as a result of a F.B.I.-approved counterintelligence operation, Richard Lawrence Davis, who was running for a seat on the state committee of the Michigan District Communist Party, was cast under a cloud of suspicion as part of an effort to sow division in the group.

And an entry on Feb. 20, 1974, described how a source had penetrated the Revolutionary Union in Baltimore and had been able to participate in forming a new chapter of the party in Washington, D.C. The source, it said, also had a close personal relationship with Dana Beal, a leader of the Yippies, and provided information on their activities.

From 1940 to 1975, thousands of reports like these were part of extensive files compiled by the F.B.I. while it carried out a clandestine surveillance campaign on the National Lawyers Guild, an organization founded in New York in 1937 and associated with the labor movement and liberal causes.

They are among a trove of documents that archivists are poring over for the first time. The files provide a detailed history of the lawyers guild and include memos to and from the office of J. Edgar Hoover, internal F.B.I. analysis of the organization, typed and handwritten reports from covert informants and papers identifying people used by the agency to spy on the guild and other groups.

As part of a lawsuit filed in 1977 by lawyers in the New York City chapter of the guild, the F.B.I. turned over copies of roughly 400,000 pages of its files on the group.

Under a 1989 settlement, the original documents are sealed until 2025, when they will be given to the National Archives and Records Administration in Washington. But the copies were donated by the guild’s lawyers in 1997 to the Tamiment Library and Robert F. Wagner Labor Archives at New York University with the understanding that they could be made available to the public this year. 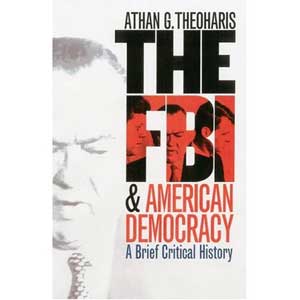 The F.B.I. reports, some of which were reviewed recently by this reporter, include information about future members of Congress, law professors and journalists.

Although he had not seen the documents, Richard Gid Powers, a historian at the City University of New York Graduate Center and the author of books about the F.B.I. and Mr. Hoover, said, “These records would show how the F.B.I. is interested from the very outset in people critical of its operations.”

The surveillance operation used wiretaps and counterintelligence strategies to peer into the internal affairs of the guild and the lives of its members, whose clients included Julius and Ethel Rosenberg and the so-called Hollywood Ten, a group of directors, producers and screenwriters who refused to testify before the House Committee on Un-American Activities.

“It is an extremely significant archive,” said Dr. Michael Nash, who heads the Tamiment Library and Wagner Archive. “In many respects, the F.B.I. has done a very good job in documenting the National Lawyers Guild relationships with the movements that shaped progressive politics in the United States from the 1930s through the 1970s.”

The F.B.I.’s surveillance of the guild was part of a broad monitoring operation mounted by the agency under Mr. Hoover against groups and individuals it deemed seditious, like the Rev. Dr. Martin Luther King Jr. The F.B.I. insisted that the guild was rife with communists who were directed by Moscow. Although some early guild members had been communists, there was scant evidence to show that the group was controlled by the Communist Party.

The surveillance spanned the administrations of seven presidents even though the Justice Department determined in 1958 and 1972 that the guild was not subversive or criminal.

Thousands of people were drawn into the inquiry’s orbit, whether as targets or peripheral figures, and the files provide an unusually revealing window into efforts that often focused on law-abiding citizens. The files include mentions of the A.F.L.-C.I.O., the N.A.A.C.P., Students for a Democratic Society and Vietnam Veterans Against the War.

There was an F.B.I. report in 1954 on a meeting of the Chicago Committee for Academic and Professional Freedom describing the event as a “hit McCarthy rally,” attended by Earl B. Dickerson of the National Lawyers Guild and Mr. Stone. No unlawful activity was noted.

Another government document from 1964, stamped “confidential,” cites John Conyers Jr., now a congressman from Michigan and the chairman of the Judiciary Committee. The report says that Mr. Conyers had discussed a campaign for public office and a recent visit to Mississippi where he was said to have participated in civil rights activities.

Some reports detail how F.B.I. agents used ruses and deception to attack political opponents. In 1966, a memo from Mr. Hoover’s office instructed agents to derail the electoral efforts of George W. Crockett Jr., the guild vice president, who was running for a judgeship in Detroit.

Soon after, the agency sought to discredit him by linking him to the Communist Party. Agents wrote a letter under a false name assailing Mr. Crockett and mailed it to a right-leaning organization. Unaware of the true source of the letter, the group disseminated fliers emblazoned with a hammer and sickle and calling Mr. Crockett an “enemy collaborator.” F.B.I. agents then sent the fliers to political committees, the state bar association, unions and newspapers.

Still, Mr. Crockett won the election and later served 11 years as a congressman.

The files also identify several secret informants who were assigned code numbers by the F.B.I. One of the more well-known informants was a man named John Rees, who was paid by the F.B.I. and used an alias to masquerade as a member of left-leaning groups in the 1960s and 1970s while compiling secret intelligence newsletters about the groups that he circulated to law enforcement agencies.

His wife, Louise Rees, who also used a bogus identity, got a secretarial job with the guild. She reported to the F.B.I. about legal strategies developed by guild lawyers and was recommended for a raise in one F.B.I. document that described her as a valuable source.

Heidi Boghosian, the executive director of the National Lawyers Guild, said the guild was still sometimes the subject of investigations.

In 2004, the F.B.I. issued a subpoena to Drake University in Iowa seeking records about an antiwar conference held by a guild chapter there. And surveillance documents by the New York Police relating to the 2004 Republican National Convention in New York, which were recently unsealed by a federal judge, included references to the guild.

“We work with the assumption that everything we do is being monitored by the government,” Ms. Boghosian said. “Unfortunately, we’ve become used to surveillance.”