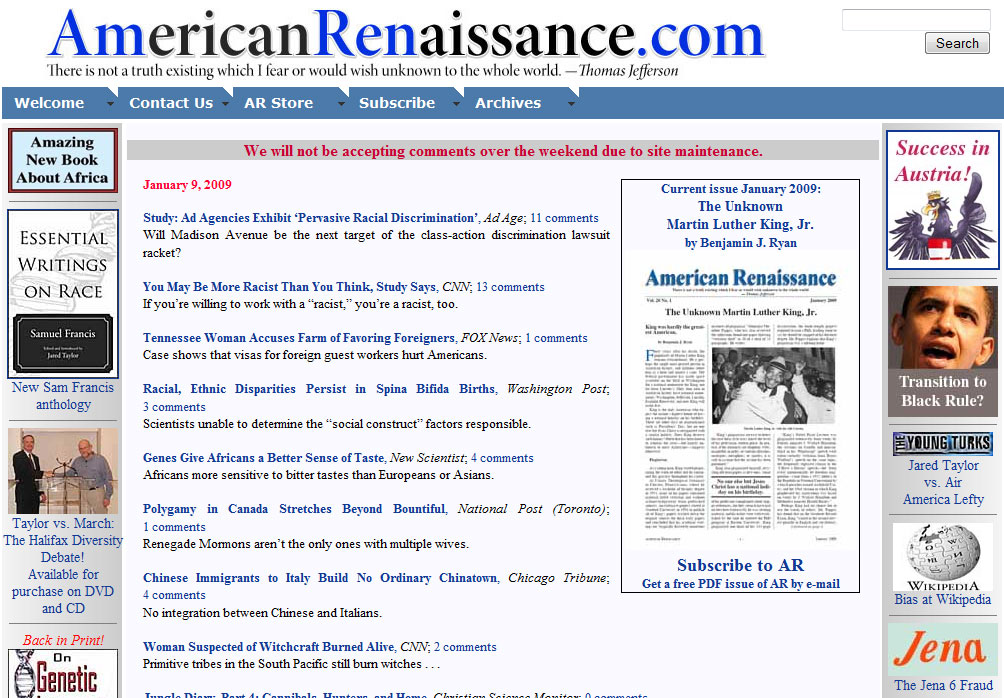 The feds are reportedly probing whether shooting suspect Jared Lee Loughner has ties to an anti-Semitic, anti-government hate group that has ads for tea party organizations on its website.

A Department of Homeland Security memo quoted by Fox News says the agency is looking into whether Loughner is “possibly linked” to the fanatical group American Renaissance.

It’s not immediately clear that Loughner is actually a member.

Arizona Rep. Gabrielle Giffords, the target of Loughner’s firing frenzy, is “the first Jewish female elected to such a high position in the U.S. government. She was also opposite the group’s ideology when it came to immigration debate,” according the memo.

The group’s website features what appear to be paid advertisements for tea party versions of the “don’t tread on me” flag.

Jared Taylor, editor of American Renaissance, made clear in an interview with Fox News that the group considers itself a think tank of sorts with a conservative circular that’s available by subscription.

Asked about the memo, he said, “That is complete nonsense. I have absolutely no idea what DHS is talking about.”

He told the cable channel that his group checked subscriber lists for its circular and found no record of Loughner subscribing or attending events.

He said the group focuses on race and IQ issues, specifically that African Americans are not as intelligent as whites.

The group had a debate about whether they should also concentrate on Jews, but the majority “was not into that,” Potok said.

“Jared Taylor is not an anti-Semite,” Potok said.

first we get the kind of multiculturalism that supports separatism and culture while defining the latter in such terms that stupidity inducing habits of nonwhites are
encouraged, then we get the results in
school scores, then Jared Taylor etc. can
point to these results as proof. Anybody
smell a rat here?

[…] a surprise! Ties to Nazi groups! Who'd a thunk it? DHS Probing Loughner’s Ties to Neo-Nazi Group with Tea Party Ties The feds are reportedly probing whether shooting suspect Jared Lee Loughner has ties to an […]