LONDON, Ont. -- The stately home guarded by two Third Reich-style eagle statues was once the sanctuary for Canada's most radical and reviled Nazi.

It's a place where a giant swastika was cut into the lawn out back, a place where Ku Klux Klansmen were allowed to burn their crosses.

Inside, lived a man who not only modelled the spread after Adolf Hitler's Bavarian mountain home, but who also fought for Germany and spouted some of the Nazi regime's most disturbing beliefs after finding new life in Canada following the Second World War.

"I am a Nazi, I am not a lunatic," the late Martin Weiche once told a divorce judge.

Now, Weiche's sprawling property west of the city is in the middle of another controversy -- a nasty family squabble, being played out in court, over his estate.

His widow, Jeannet, lives in the house the old Nazi designed and called "The Berghof" after Hitler's own home in the Alps.

More than two years after he died of kidney failure at age 90, two of his sons, Jacob and Alan, are suing their father's estate and Jeannet for control of the 474-sqare-metre house and its five hectares of land.

Two weeks after their father died in 2011, they discovered the property -- their father's only asset -- had been left in his widow's care.

All his furniture and personal things were left to her -- except those in the living/dining area, styled after a room in Hitler's retreat, and a portrait of the genocidal dictator himself.

Those, were decreed to stay permanently with the property.

The sons, two of Weiche's nine children, claim their late father and stepmother committed a fraud by transferring ownership of the property from the family's Weiche Estates Inc. to a company they didn't know about and which was left under Jeannet's control.

They also say they didn't know their father dissolved the original family company in 2009.

At stake is the property the sons say is worth $1.2 million that should be developed as their father said he wanted in the 1980s.

The brothers want the court to declare the 2004 property transfer was "fraudulent." In their statement of claim, they're seeking an injunction to stop the defendants from doing anything with the property and want a court declaration that Berhof Estate Inc. holds the title in trust for the family.

The case is still before the courts, and none of the allegations has been proven.

Jeannet, Weiche's fourth spouse and partner since 1991, in court documents has denied all the allegations. She maintains the property is worth about $477,000. She claims it was her husband's wish to cut out his kids and leave her to manage his beloved estate.

"I completely and utterly reject any allegation that Martin or I have participated in or perpetrated or knew of any fraud," she wrote in her affidavit filed in court.

The squabble over the deceased Nazi's possessions comes as no surprise to lawyer and commentator Warren Kinsella, a QMI Agency columnist who's written books about Canada's far right.

He said Nazis "are telling a lie about history about the Holocaust and about race and about Jews and gays and people that they hate.

"They tell lies about all of it, so it shouldn't come as a surprise to anybody that they get convoluted and dishonest about the disposition of their personal affairs," he said.

Kinsella, who's written about Weiche, said the London Nazi was seen as "the bankroller of the far right in Ontario."

The paranoia and distrust in the Nazi movement often extends to their inner circle.

"Basically, they try to continue their hateful life in death," Kinsella said.

Jeannet Weiche and her lawyer declined to speak to QMI Agency.

Alan Weiche was contacted. "Everything is in the court right now, so there should be no comment at this time," he said.

Jacob Weiche, and the lawyer for the two brothers, couldn't be reached for comment. 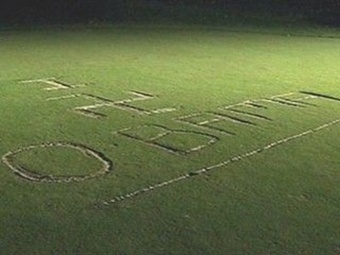 -- Belonged to a Nazi motorcycle club as a teen.

-- Held as POW in Holland, later fought on the Russian front.

-- Fined $300 for disturbance, after brawl with anti-racist group outside Sarnia radio station.

-- 40 Ku Klux Klansmen seen burning a cross on his property. Weiche was "nothing more than a friend. He doesn't necessarily agree with our principles," Klansmen's leader says.

Identified by ringleader of plot to overthrow Dominican government as one of his financial backers. Weiche denies supplying $10,000 but admits was interested in the Caribbean island as a possible new colony -- "all pure-white, Aryan stock, physically as well as mentally."

-- Fined $500 for assault after using baseball bat to smash window of a car in which he found his teenage son and a girl smoking. Complains he was prosecuted by a "high-priced Jewish" lawyer, who was the Crown in the court. Tells judge "thanks for nothing" as marched out of courtroom.

-- Pops up again after one of his sons, Dave, a member of the Bandido Motorcycle Club, is linked to mass murderer Wayne Kellestine after eight Bandidos were found shot to death near Shedden, Ont. In the days before any arrests are made, Martin Weiche tells QMI Agency his son should hide because "the killer is still out there."