CIA and Mandela: Can the truth be told now?; Mandela and misremembering history

December 10, 2013 — Fairness & Accuracy in Reporting — Back in 1990, FAIR (Extra!, 3/90) noted that the media coverage of Nelson Mandela’s release from prison failed to mention there was strong evidence that the CIA had tipped off South African authorities to Mandela’s location in 1962, resulting in his arrest.

So with coverage of Mandela’s death dominating the media now, can the story of the CIA’s role in Mandela’s capture be told?

The link between the CIA and Mandela’s capture–reported by CBS Evening News (8/5/86) and in a New York Times column by Andrew Cockburn (10/13/86)–was almost entirely unmentioned in media discussions of his death.

There were a few exceptions. MSNBC host Chris Hayes mentioned it on December 5 (“We know there’s reporting that indicates the CIA actually helped the South African police nab Mandela the first time he was captured”). On Melissa Harris-Perry’s MSNBC show (12/7/13), Democracy Now! host Amy Goodman brought it up:

And on CNN’s Outfront (12/6/13), Cornel West told guest host Jake Tapper, “Keep in mind, though, Brother Jake, the CIA colluded with the apartheid regime to find Nelson Mandela when he was disguised as a chauffeur in 1961.”

So the lesson might be that the kinds of guests rarely included in corporate media are the ones more likely to bring up this history.

In the New York Times‘ long obituary (12/6/13), Bill Keller presented it as a story that is yet to be confirmed: “There have been allegations, neither substantiated nor dispelled, that a CIA agent had tipped the police officers who arrested Mr. Mandela.” He reiterated that on NPR’s Morning Edition (12/6/13): “I have not seen utterly convincing confirmation or refutation of it.”

Keller–who was convinced about Iraq’s WMDs–has presumably read the accounts of CIA involvement in Mandela’s capture, including a Cox News Service report (6/10/90) of a retired CIA official admitting that a CIA operative told him of the operation (“We have turned Mandela over to the South African security branch”) the day it happened.

So with Mandela’s death making headlines everywhere, there is still very little coverage of this part of the Mandela story. One place you can find it, though–the New York Times letters to the editor section today (12/10/13), where this appears under the headline “CIA and Mandela’s Arrest”:

Perhaps the United States government will now confirm the role of the Central Intelligence Agency in Mr. Mandela’s arrest in August 1962, which is also indicated by my research. It was the height of the Cold War, and it was all a long time ago, but the truth still counts.

“The truth still counts” shouldn’t just guide government decisions about what it chooses to reveal about its own history. It’s something journalists should consider too. Much of the coverage of Mandela is focused on his remarkable ability to forgive his opponents. It would be especially useful for US media to spell out which US government actions might have to be forgiven.

Mandela and misremembering US history

December 13, 2013 — Fairness & Accuracy in Reporting — US media coverage of Nelson Mandela’s legacy celebrates the late icon’s forgiveness. They mean his ability to reconcile with some of the leaders of South Africa’s apartheid years, of course; but one area that gets relatively little attention is US support for the racist government Mandela fought against.

As we noted, the CIA’s role in helping to capture Mandela barely registered in the week’s media remembrances (FAIR Media Advisory, 12/10/13). Ignoring history is one thing; re-writing history is another. On NBC Nightly News (12/7/13), anchor Lester Holt discussed the student uprisings in Soweto that were violently suppressed:

The uprising would claim hundreds of lives before it was over. But it would also severely damage the apartheid government and rally world opinion against it.

It’s true that the shocking images from that day moved many people around the world. But what came next was bizarre; a clip from a speech by Secretary of State Henry Kissinger, months after those student protests:

Our own self- interest is in an Africa that lives in peace and racial harmony and our abiding commitment to peace and world order permit us no other course.

Viewers will be forgiven for thinking that the violence moved the US to act against apartheid, with Henry Kissinger leading the way.

That is, of course, not what happened. That Kissinger speech came right before his trip to Africa; according to diplomatic cables he was encouraged to meet with anti-apartheid activists; apparently he did not.

The Reagan administration then pursued a policy of “constructive engagement” with the racist government. Yes, apartheid was defeated. But the US government was on the wrong side of that fight for far too long, whatever corporate media may try to suggest.

It’s not that talk of political differences is completely missing from the US media. Why, just look at this Washington Post headline (12/10/13): “In Life, Nelson Mandela Often Irritated U.S.” Read the lead sentence carefully:

One of the ironies of the praise offered by world leaders for Nelson Mandela at a state memorial service Tuesday is that the former South African president frequently irritated the United States and others with his policy positions and his loyalty to longtime supporters such as Cuba and Libya.

So apparently it is ironic that “world leaders” praise Mandela because he “irritated the United States and others.” The piece is actually just about the United States being irritated, with one reference to Israel. As the report explains, countries like Cuba and Libya were staunch supporters of Mandela’s ANC and the fight against apartheid; he stood by those governments after he was released from prison. There’s nothing particularly ironic about that.

A more accurate portrayal came from Greg Myre at the NPR website (12/9/13), the point of which is conveyed pretty clear in the headline: “Now Praised By Presidents, Mandela Wasn’t Always Admired In The U.S.” He pointed out:

In 1981, when apartheid was still in full force, President Ronald Reagan told CBS that he supported the South African government because it was “a country that has stood by us in every war we’ve ever fought; a country that, strategically, is essential to the free world in its production of minerals.”

“One of Our Greatest Coups”: The CIA & the Capture of Nelson Mandela, Democracy Now! on December 13, 2013, spoke to journalist Andrew Cockburn, who first reported on the CIA link to Mandela’s arrest in 1986 in the New York Times. For the full transcipt, click HERE. 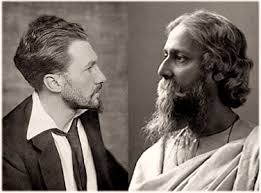