” … The fact that America’s corporations have had the ability to ‘save’ the economy all along – simply by sharing the recovery with the workforce – is a truth much camouflaged by the corporate-owned media and the Republican party. … “ 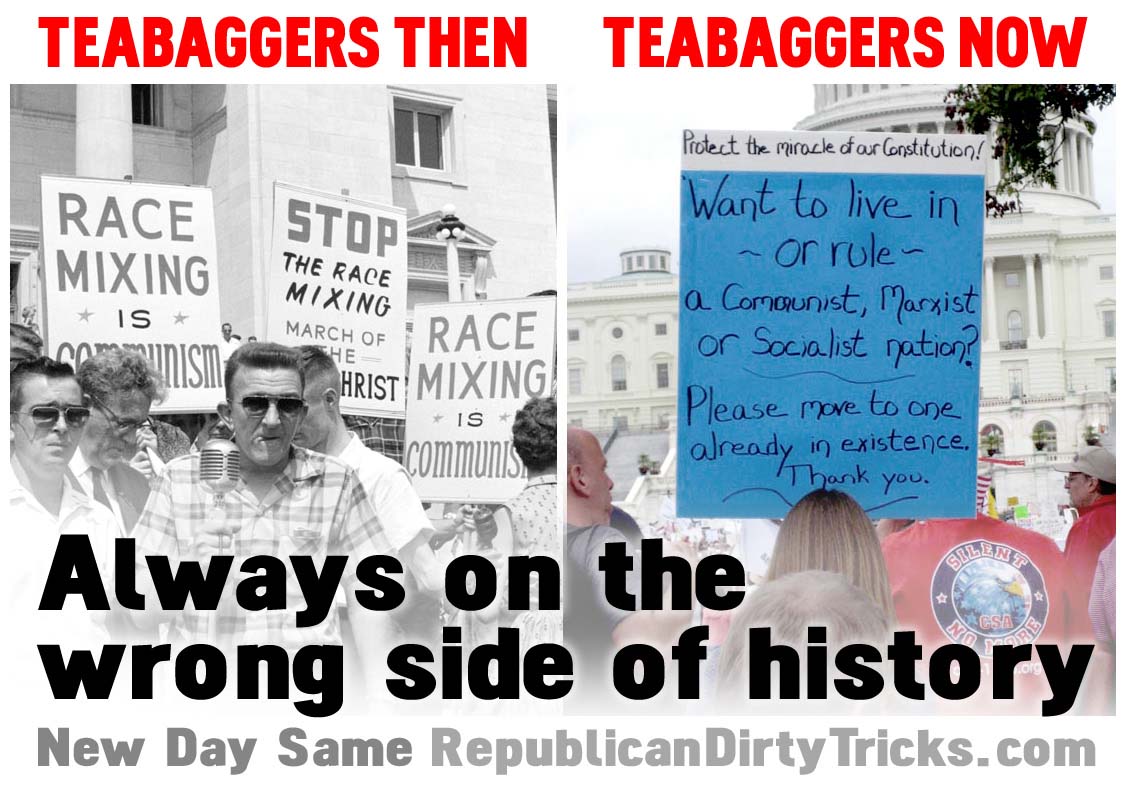 Today, Senate Republicans again successfully filibustered the DISCLOSE Act, a bill that would have brought fairness and transparency to campaign spending. This came just one day after reports that unregulated campaign ad spending by rightwing third party groups is through the roof – spending which the DISCLOSE Act would have regulated, monitored, and forced disclosure of donors.

Two days ago, I posted a story detailing how corporations all but manufactured the Great Recession by downsizing the workforce far more than was necessary and then refusing to rehire once the corporate economy began to recover. (If you haven’t read that story, I urge you to do so. Everyone needs to understand the real reason times are so hard for Americans these days.)

At the end of that story, I speculated that large corporations may have been hoarding cash not only to increase the economic suffering of voters, thus bolstering the narrative that Democrats have “failed to restore the economy,” but also to have a huge ready pool of liquid assets to funnel into midterm election advertising through amorphous third-party political action groups, thereby hammering home the message that voters must turn to the GOP to “save the economy.” The fact that America’s corporations have had the ability to “save” the economy all along – simply by sharing the recovery with the workforce – is a truth much camouflaged by the corporate-owned media and the Republican party.

This story in Politico tells of the shocking amount of money being spent by pro-Republican action groups on TV advertising for the November 2010 elections, compared to a relative pittance spent by liberal groups. As the the beginning of this week, conservative groups had spent $23.6 million on ads; liberal groups had spent just $4.8 million. And the near future looks just as bleak:

For the next month — the crucial period during which many voters begin to consider their choices and make up their minds — the disparity is even more daunting for Democrats: Between now and Oct. 20, groups backing Republicans have $9.4 million worth of TV ads reserved across 40 districts, while outfits supporting Democrats have put down only $1.3 million in five districts.

Now, stop and think about this for a moment. That adds up to $33 million that pro-Republican third-party groups have committed to political advertising – and that’s just TV! It doesn’t take into account radio and print advertising, robocalls, polling, rallies, and whatever other activities such groups might orchestrate in order to influence voters. That’s $33 million above and beyond campaign spending by the individual candidates and the Republican National Convention. Where do you suppose that $33 million is coming from in this economy? My guess is that the lion’s share is being poured from that huge pool of liquid assets corporations have been storing up, all neatly laundered through innocuous and patriotic-sounding groups.

This is no doubt why Democrats once again brought the need for campaign spending oversight back into the legislative spotlight this week, with the president making Republican resistance to eliminating to influence of special interests on elections the focus of his weekly address and Senate Majority Leader Harry Reid helping to focus that spotlight on the GOP’s obstruction of the campaign finance transparency the DISCLOSE Act would have created. (By the way, here’s an excellent section-by-section summary of the DISCLOSE Act published by Politico back in April.)

The DISCLOSE Act would have thoroughly neutralized the Citizens United decision, which is summarized as follows:

In that landmark decision, the court in March ruled 5-4 to allow corporations, unions and associations to spend unlimited amounts of money advocating for or against specific political candidates. Many Democrats and activists have assailed the ruling in subsequent months, arguing that in granting these rights to corporations, the court has effectively enabled special interests to dominate political elections.

Deep-pocketed interest groups certainly gained political advantage through the recent Citizens United decision. The deeper those pockets are, the more influence corporations, unions and other organizations may now directly wield over politics — and even policy, through the threat of big independent expenditures and electioneering advertising buys.

Today’s en banc decision in the SpeechNow case, though widely anticipated, strengthens that advantage by allowing interests to spend bigger and more freely by using a new tactic — “independent expenditure groups.” Going forward, there will be no limits placed on contributions to these new entities. The positive — and important — news is that the court also ruled that continued registration and disclosure will be required. This isn’t enough to stem the influx of political money that’s headed our way, but it’s critical protection for the public to know who is bankrolling a political expenditure. We citizens need this information to judge for ourselves the motivations and credibility of a political interest.

While this may not be the stunner that was the Citizens United decision issued by the U.S. Supreme Court in late January, make no mistake about it: This is a big deal. More avenues for more entities and individuals to send big money into electioneering campaigns means more money for the rest of us — more money to investigate, that is.

These two court decisions have given birth to a flood of organizations described by the Center for Responsive Politics as “super PACs” – groups dedicated to raising unlimited funds for campaign advocacy. There are “super PACs” on both the conservative and liberal side of the ideological spectrum, but the weight is clearly balanced more the right, both in numbers and certainly in terms of money raised. The Center for Responsive Politics has provided a handy list of “all committees that intend to raise unlimited contributions through Sept. 20, including the date each group officially informed the FEC of their desire to raise unrestricted sums of money in accordance with the SpeechNow.org and Citizens United rulings.” … CONTINUED