Connect the Dots: Tucson’s Big Businesses are Working on a Multi-Level Coup - The Constantine Report
0 SHARES

Corpwatch » Connect the Dots: Tucson’s Big Businesses are Working on a Multi-Level Coup

Connect the Dots: Tucson’s Big Businesses are Working on a Multi-Level Coup 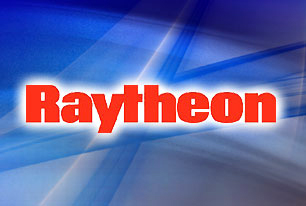 The Roberts’ Court ruling overturning campaign finance laws in January 2010 opened the gates for corporations to flood the 2010 midterm election with cash… anonymously. Hundreds of millions of dollars in secret funds are being pumped into media markets across the nation in order to defeat progressive candidates and stop the progressive agenda in Washington, DC.

If you connect the dots, you can see that local big businesses are using money and influence to change our local government, change the way we hold local elections, control key political positions, and basically take over Tucson. Here is the evidence…

The Southern Arizona Leadership Council (SALC), a group made up of the richest businessmen in Southern Arizona, is sponsoring Prop 401. This proposition– if passed by voters on November 2– would change to the Tucson City Charter  and make the unelected city manager the most powerful person in Tucson; increase the power of the Mayor; diminish the power of the City Council (while giving them a 155% pay raise to roll over); and change the City Council election cycle, enabling all Council members to be elected in the same year (and also enabling people with enough money to sweep the Council). If you follow the Prop 401 money trail, you will see that there are several donations of $1000-$10,000 and almost no donations under $100. The moneyed backers include Tucson Association of Realtors, Diamond Ventures, Jim Click, several other car dealers and developers, and many other businesses. (Although the Yes on 401 advertising says that unions back Prop 401, there are no union donations.) It was revealed this week in the Tucson Citizen that Raytheon’s political action committee made one campaign contribution in this election cycle– $15,000 to Yes on Prop 401. (Raytheon belongs to SALC. Ov course, thanks again to the Roberts’ Court, Raytheon probably also made other anonymous donations.) On last week’s All Things Political talk radio show hosted by former City Councilman Steve Leal on AM 1330 we learned that SALC sided with the Arizona Legislature in a lawsuit against the City of Tucson. (Click the link to hear the audio from the radio show.) In the last legislative session, the Arizona Legislature passed a law forcing the City of Tucson to hold non-partisan elections. The City of Tucson is suing the Legislature over this law that specifically targets Tucson, and SALC is a co-defendant in the suit. Tucson voters have rejected non-partisan, ward-only elections more than once at the ballot box. Now the Arizona Legislature and SALC are trying to shove it down our throats. (Unfortunately, this is nothing new; SALC has a history of trying to manipulate Tucson and Southern Arizona.) SALC is in the process of installing their vice president, John Pedicone (1, 2), as the new superintendent of Tucson Unified School District. SALC has a side project– Tucson Values Teachers– which encourages private citizens to buy schools supplies and gift cards for teachers. Helping and valuing teachers is a noble cause, but I find it ironic that the richest men in Southern Arizona are asking the rest of us for financial support. Also, no where on the TVT website does it say that they value public education. What would Pedicone do as superindent of TUSD? Will he be a champion for public education? This is unclear. Who does SALC back for state superintendent of public instruction? I have hunted around for the answer to that question but couldn’t find the answer. Do they favor Republican John Huppenthal, who as a state legislator worked to dismantle public education? Or Democrat Penny Kotterman, a life-long educator and advocate for children? Not stopping with trying to take over city government and TUSD, a Raytheon employee– Ruth McClung– is running for Congress in Congressional District 7. McClung and her husband both work for our local defense contractor. (Interestingly enough, McClung campaigns against big government spending, while being supported 100% by big government spending.) I’m sure it would be a sweet deal for SALC and Raytheon to have an inexperienced, young Congresswoman at their disposal.  (Also, don’t forget that Tucson Mayor Bob Walkup is a retired Raytheon big-wig.)

Personally, I think this is chilling evidence of a local coup in the making. It shows that these local moneyed forces are working behind the scenes at several levels to change Tucson. Is democracy for sale? I hope not. For more on this topic, check out this link to today’s version of All Things Political.