“… Those who see a parallel between Gladio and the war on terror can hardly be blamed. The latest poll conducted on the key question of 9/11 revealed that 100 million Americans do not believe the official story. …” 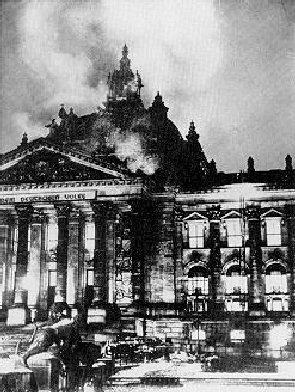 From the 1950s until the late 1980s, Europe was besieged by a seemingly endless string of terrorist bombings.

Among the better known events were the bombings in Milan and Rome on Dec. 12, 1969. Four bombs killed 16 innocent persons and injured 80. The bombings were blamed on a leftist magazine editor, Giangiacomo Feltrinelli, when bomb-making materials were “found” in his home.

In another notable attack in Bologna on Aug. 2, 1980, a massive explosion in the train station killed 85 people. Blame for the attacks usually fell on communist or leftist/activist groups, from Baader Meinhof to the Red Army Faction.

Over the entire period, hundreds of innocent civilians lost their lives and, not surprisingly, anti-leftist feelings ran high.

However, a dogged investigation by an alert Italian judge, Felice Casson, revealed links not to known activist groups, but to a network of secret “armies,” one per country, that received the full co-operation of security agencies and high government officials.

The operation, code-named Gladio, was apparently the brainchild of James Angleton, head of the CIA in the postwar period. To give the operation plausible deniability, the groups were labelled “stay-at-home” forces, which would act as an underground in the event of an invasion of Europe by the Soviet Union.

As far as is currently known, none of the leftist groups blamed for the bombings were actually responsible (including that poor editor).

Gladio was uncovered in Italy and rumblings of the discovery spread through the European media. However, it was not until Aug. 3, 1990, when Italian Prime Minister Giulio Andreotti made a full disclosure to the Italian parliament, that the issue became front page news.

The revelations set off a firestorm of protest in European capitals but only a handful of operatives were ever caught and charged in the ensuing sweep. Other known terrorists seemed to be protected by a judiciary that appeared strangely unwilling to prosecute. The remainder, a vast majority, were never caught.

Revelations of Gladio received little notice in North America. The reason? The U.S. launched Desert Storm in Kuwait one day before Andreotti’s announcement. The subsequent news focus was all on the Middle East and lasted long enough for Gladio to die a quiet media death.

Attacks engineered by one group to blame another are called “false flag” operations or, more recently, “synthetic terrorism.” As for the CIA, the basic strategy to keep a boogeyman constantly before the public was labelled the “strategy of tension.” The purpose of the strategy was to keep the populace herded into a compliant corner of the behavioural pasture while the groups in question were dealt with.

Those who see a parallel between Gladio and the war on terror can hardly be blamed. The latest poll conducted on the key question of 9/11 revealed that 100 million Americans do not believe the official story. In Europe, thanks to Gladio, the level of skepticism is higher.

As for the war on terror, the mainstream media have yet to step out of their cheerleading role.

Kee Dewdney is a London resident.