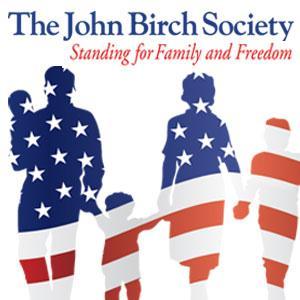 Rand Paul has made a national splash, right out of the gate after his triumph in the Kentucky GOP primary for U.S. Senate, with his views on the 1964 Civil Rights Act. Simply put, he thinks the federal government should have no role in telling private business owners to serve African-Americans — or anybody else.

But anybody looking at the views of Paul’s father, the quixotic, so-called libertarian presidential candidate Ron Paul, would expect nothing different, since Paul the Younger ideologically emulates his dad, almost to a T. And Ron Paul’s views on such matters track closely with those espoused by the John Birch Society, whose president, John McManus, addressed Ron Paul’s presidential campaign convention in Minneapolis in 2008.Here’s an exchange between Rand Paul and the editorial board of the Louisville Courier-Journal about whether or not Paul would have voted for the 1964 Civil Rights Act (video here, answer at 1:00:03; h/t, Brad DeLong):

Q: Would you have voted for the Civil Rights Act of 1964?

RAND PAUL: I like the Civil Rights Act in the sense that in ended discrimination in all public domains, and I’m all in favor of that.

RAND PAUL: Ha ha ha. You had to ask me the “but.” I don’t like the idea of telling private business owners. I abhor racism. I think it’s a bad business decision to ever exclude anybody from your restaurant. But at the same time I do believe in private ownership. But I think that there should be absolutely no discrimination in anything that gets any public funding and that’s most of what the Civil Rights Act was about, to my mind.

Conservative, libertarian, and constitutionalist grassroots activists, who have coalesced to form not one organization, but a collection of like-minded groups collectively called “The Tea Party,” have proved that motivated citizen activists can buck the political establishment and secure political victories for good candidates. But in doing so, they have taken their game plan — and many of their principles — largely from the action plans formulated over the past 51 years by the grandaddy of all antiestablishment, constitutionalist action groups — The John Birch Society.

In so doing, the Tea Party groups may eventually outdistance their level of understanding and require greater education in how to defeat the well-entrenched collectivist establishment they seek to depose. For that reason, those working to educate the voter base and send more Rand Pauls and Ron Pauls to Congress — and support them once elected — must learn all they can learn from the experienced JBS activists, because there simply is not enough time left in the freedom fight to reinvent the wheel.

Another of Ron Paul’s big boosters is Howard Phillips, founder of the Constitution Party, formerly known as the U.S. Taxpayers Party. Despite that secular-sounding name, the U.S. Taxpayers Party was shot through with strains of theocracy — especially on the matter of abortion — and was particularly supportive of the gonzo tactics and violent language of Operation Rescue when Randall Terry was at the helm, staging barricades at the clinic then run by the late Dr. George Tiller. Tiller, you’ll recall, was murdered by an anti-abortion zealot.

In 1998, Terry ran for Congress on the U.S. Taxpayers Party ticket. That was also the year one of his most ardent followers, James Kopp, killed Dr. Bernard Slepian, a physician who performed abortions in Binghamton, Buffalo, New York. (Kopp was an Operation Rescue volunteer 10 years prior, and was arrested with Terry in Atlanta for their actions outside an abortion clinic there.)

While Rand Paul has no apparent links to Randall Terry or Operation Rescue, he uses the language of Terry and Howard Phillips to describe abortion: It’s “an abomination,” he says. The language is biblical: see Leviticus.)

Dr. Paul’s triumph is a political nightmare for the GOP. They want the momentum, money, manpower and votes of the “Tea Party” activists and other angry voters. But they tremble over candidates like Dr. Paul who are actually principled when it comes to fiscal liberty, ending socialism in America, defending Christian Marriage, and outlawing all child killing by abortion from conception until birth.

This is a huge quagmire for Republican Leaders. If old-line party hacks like Newt Gingrich and Dick Armey – who are trying to co-opt the Tea Party for run of the mill GOP candidates – speak against Paul, they will face an angry mob, and their influence in the Tea Party movement will be over.

Rand Paul, by contrast, is the real article; a man guided by principle, not party; a man loyal to ethics, not party bosses. His pro-life position is flawless, and he will act on it, not run from it.

Wouldn’t it be wonderful if he inherited the Ronald Reagan populist mantle, and went on to win the White House? Let us remember that Ronald Reagan a man of principle who was strongly disliked by the GOP establishment…yet he became the most popular president of the last 60 years.

For too long, Rand Paul’s father, Ron, has been regarded as something cute and quirky, when really he represents a dangerous and reactionary strain of American politics. His son, Rand Paul, is now being regarded as something as a breath of fresh air for his candor regarding his political positions, which are all about keeping powerful people powerful, at any cost to the less powerful.

As the Rand Paul campaign progresses, journalists will do their readers and viewers a disservice if they do not ask him for his views on the John Birch Society, and the actions of Operation Rescue.

NOTE: I have called the Ron Paul campaign for comment on the Randall Terry and John Birch Society endorsements, and am awaiting a call back.

Those familiar with NewsOne,  know that I have been writing about Ron Paul and his racist and conspiracy theorist beliefs for some time. It seems like the mainstream media has stopped covering Ron Paul’s racist newsletters and New World Order paranoia and started focusing on his son, Rand and his anti-civil rights ideologies that mirror his father’s. Well racism isn’t the only thing that Rand inherited from his father. Rand is also a “New World Order” conspiracy theorist, in the mold of Timothy McVeigh and the John Birch society. Mother Jones has a piece exposing Rand and his “Patriot Movement,” “New World Order” philosophy.

Paul, like his father Ron (the libertarian Republican congressman), fancies himself a strict constitutionalist opposed to globalists and what he and others in the so-called “Patriot movement” call the New World Order. And this view of politics has led Paul to keep unusual company—such as his appearances on the radio show of Alex Jones ....

Ron Paul’s former director of communications, Chris Hightower, who is a racist who posts pictures of African Americans being lynched and writes “Happy Nigger Day” on Martin Luther King Day was forced to resign after revealing 9/11 conspiracy theories. When asked about Hightower’s 9/11 conspiracy theories, Rand said it was a “complicated situation” with “truth on both sides.”

Mother Jones’ strongest link between Paul and conspiracy theories is his relationship with conspiracy theorist host, Alex Jones. both Rand and his father Ron have appeared on Jones show several times and Jones is an enthusiastic supporter of both of them. Jones is a conspiracy theoriest from the John Birch Society school of thought who is constantly building up conspiracies involving the Bilderburg group, the United Nations, the Bohemian Grove, Skull and Bones as well as a supporter of white supremacists.

Throughout this particular show, Paul graciously accepted Jones’ support for his pending Senate candidacy. He gave the impression that he and Jones were like-minded foes of the globalists and international financiers plotting to undermine, if not destroy, the United States for their own gain. And Paul noted that career politicians are no match for this enemy force: “the ones that evolve to the top of the Republican and the Democratic Party end up being the people who don’t believe in anything…and they get pushed around by the New World Order types.”