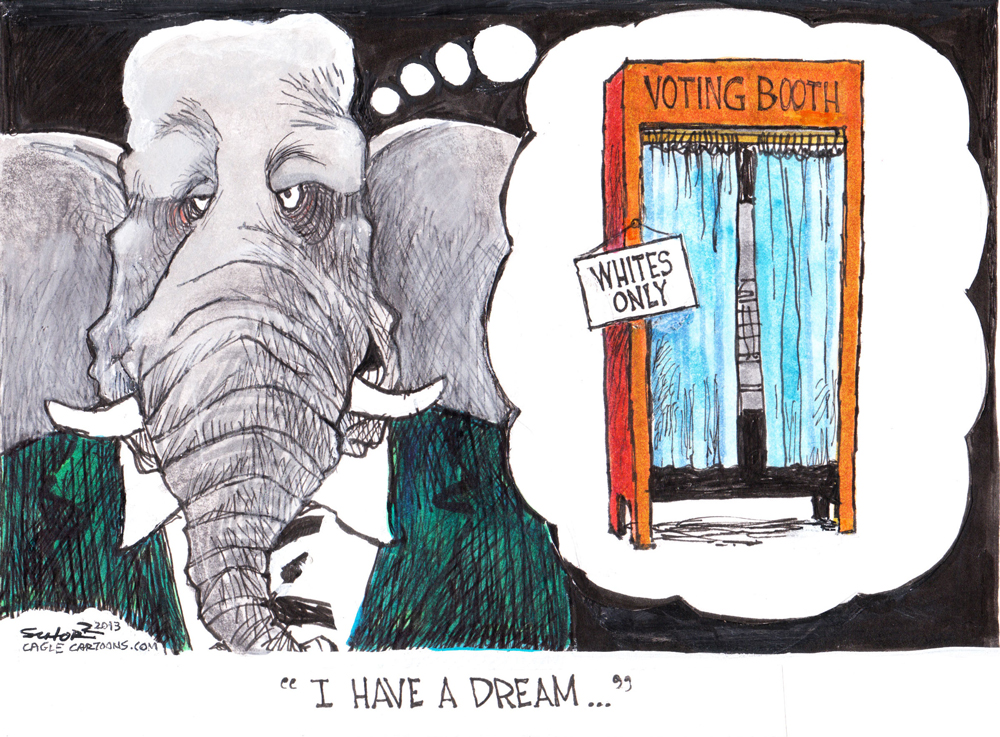 The New York Times reported this morning that Earl Holt—the leader of the white supremacist group, the Council of Conservative Citizens, that apparently had so much influence over Dylann Roof—donated thousands of dollars to various Republican politicians. Ted Cruz, Rand Paul, and Rick Santorum all responded by trying to put some distance there, by either returning the money or giving it to charity.

That’s all a good first step, but it’s also frustrating and telling that this is only being done after nine people lost their lives to a racist ideologue with a gun. It’s not like no one knew before about the Council of Conservative Citizens and their deep and very often successful desire to get involved in Republican politics. Trent Lott, who also had to apologize in 2002 for basically suggesting that this country would have been better off if we’d kept segregation, addressed the group at their 1998 convention.

But such as how it is when it comes to racism and Republican politics: The benefit of the doubt will be endlessly extended, no matter how unwarranted and no matter how many times Republicans show they don’t deserve it. These candidates will give the money back and that will be that, the end of the story. There won’t be any deeper discussion about why open and overt racists—ones that are defending Dylann Roof’s paranoid racist manifesto, by the way—just so happen to give money and lobbying attention to Republicans. We will all be expected to act like that’s a remarkable coincidence and there’s nothing racist about conservatism per se and the only reason that overt racists feel at home with Republicans is  ¯\_(ツ)_/¯.

That whole “it’s a remarkable coincidence!” bullshit is all over the debate over the Confederate flag that has cropped back up as everyone remembers that South Carolina hangs that flag and has all these laws against taking it down. We’re expected to pretend that it’s a coincidence that the same people who find that flag attractive also vote for policies that exacerbate racial disparities. We’re supposed to ascribe the fact that the South rebelled and the fact that the South had legal slavery to being a remarkable coincidence, but daring suggest that the two had something to do with each other causes temper tantrums and meltdowns. The Confederate flag actually receded from public view for decades after the war, but only returned as a symbol of the pro-segregation forces when desegregation efforts started up in earnest, but this, too, is supposed to be treated like a remarkable coincidence and not evidence that the flag is a racist symbol. The flag that hangs over the South Carolina capitol was only put there in 1961. You could be honest and say that was in direct response to desegregation efforts, but obviously, conservatives would like you to believe, yet again, that this is a remarkable coincidence. Totally unrelated. …

How long will we let conservatives write off Republican racism as a coincidence?