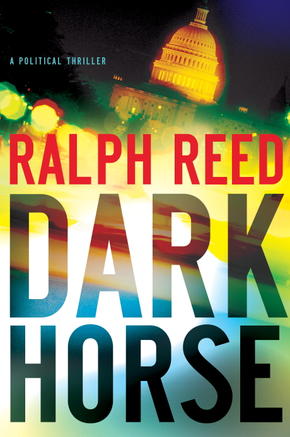 CBN's David Brody has the scoop that Ralph Reed, the master Republican strategist who TIME once called "The Right Hand of God" in a cover story, is looking at a congressional run this fall in a safe Republican district. Now Reed is not much of a gambler, but I would not bet against him. Before his downfall as a result of the Jack Abramoff scandal, Reed was simply one of the most talented Republican operatives in America. If given the chance, he shines.

I was approached by one of the most respected law firms in America and a friend of 20 years. I said sure I would be glad to do so as long as I could be assured that I wouldn't be paid with revenues from another casino. I was assured that wouldn't be the case. And we know now for the most part that I was not.

The truth was a less flattering, as emails released by Congressional investigators showed. A few years back, I traveled down to Georgia, on assignment for Rolling Stone and Salon, and my story on his ill-fated lieutenant governor campaign indexed the most troubling email evidence against him.

Back in 1998, the e-mails reveal, Reed contacted Abramoff to beg for new work in decidedly un-Christian terms. "Now that I am done with electoral politics, I need to start humping in some corporate accounts," Reed wrote.

Over the next five years, Reed humped the corporate accounts of just about every company that crossed his path -- Microsoft, Enron and Verizon, to name a few. He also raked in more than $4 million from Abramoff clients, including an online lottery company and two Indian tribes with casinos. In return, Reed worked, as he put it in one e-mail, to get "our pastors all riled up" -- organizing his unwitting followers to oppose gambling regulations and new casinos that would have competed with Abramoff's clients.

Through radio and mailings, Reed mobilized more than 100 congregations to do Abramoff's bidding. "We want to bring out the wackos to vote against something," Abramoff's partner Michael Scanlon explained in a proposal to one Indian tribe. "The wackos get their information through the Christian right, Christian radio, mail, the Internet and telephone trees." The arrangement paid huge returns for both Abramoff and Reed, who had worked together during the Reagan years for the College Republicans.

Before long, the partners were scheming to find even bigger paydays. At one point, Reed e-mailed Abramoff, asking for a contribution to his campaign for Republican state chairman of Georgia. "Sure," replied Abramoff. "Give me the name of the entity." Reed responded by joking that the check should be made out to "the Reed Family Retirement and Educational Foundation" and gave a fake address in the Grand Cayman Islands. "Ha ha ha," Abramoff wrote back, promising to send Reed a check for $10,000. In one e-mail exchange with Reed, Abramoff cited a prospective tribal casino client and gushed, "I'd love us to get our mitts on that moolah!!" Reed replied, "Got it."

By early 2002, even Abramoff was complaining about the greed of Reed. "He is a bad version of us!" the lobbyist exclaimed in an e-mail to Scanlon. "No more money for him." But the money kept flowing -- and Reed wasn't exactly upfront about where it was coming from. When gambling clients sent in six-figure checks for Reed, Abramoff would pass them through several groups, including a bogus think tank chaired by a yoga instructor and a lifeguard, and a phony outfit called the Faith and Family Alliance.

There is more along these lines. You can read about it in my story. This sort of baggage would be far too much for most politicians to overcome. But Reed is not most politicians. Make no mistake: If Reed makes it back to Washington, by winning over a safe Republican district, he will once again be a major force. As one Georgia Republican leader told me back in 2006, "Until you have seen it firsthand you won't appreciate it. He is like a rock star."