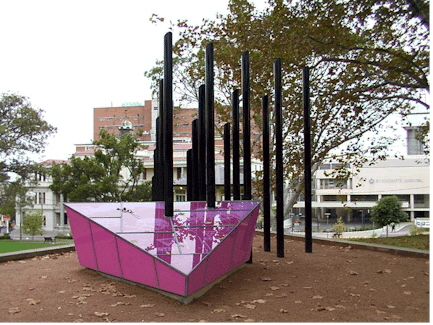 Rarely have I seen as twisted and nasty a piece of propaganda targeted against the LGBT community as the column titled "A Monstrous Lie" currently featured on Virtue Online.

Starting from the assertion that only effeminate gays were put to death in Nazi Germany, it goes on to assert that both WWI and WW2 were started because "butch gays" pushed the leaders of Nazi Germany into them.

The article further asserts that the effeminate gays" are jus a trojan horse for gaining rights for all the kinds of gays - including these hyper butch masculine gays who like to start wars and sleep with boys ala (you knew it was coming) NAMBLA. Oh, and did you know there are all those other kinds of gays out there just waiting for the DADT repeal to take effect before they march in and take over?

You know the variety - the "bestiality, sado-masochism, coprophilia, pedophilia and other deviant behaviors". "Deviant behaviors" that straight people never, ever indulge themselves in, right?

If you have a strong stomach, take a look at the article. Unfortunately, it's catnip to folks who already dislike gays - and these folks wonder why they get branded "hate groups"?

And what does this piece say about the editors at "Virtue Online" who published it? Yes, you have freedom of speech, and I'll fight to the death to defend it. But just because you can do something, doesn't mean you should.

What purports to be an expose of Hitler's Nazi Germany in actuality uses the same tools of propaganda to demonize one of the same minorities that was demonized in WWII Germany.