Opus Dei: These Women Think Pain is their Ticket to Heaven - The Constantine Report
0 SHARES

GOP Watch » Opus Dei: These Women Think Pain is their Ticket to Heaven

Opus Dei: These Women Think Pain is their Ticket to Heaven 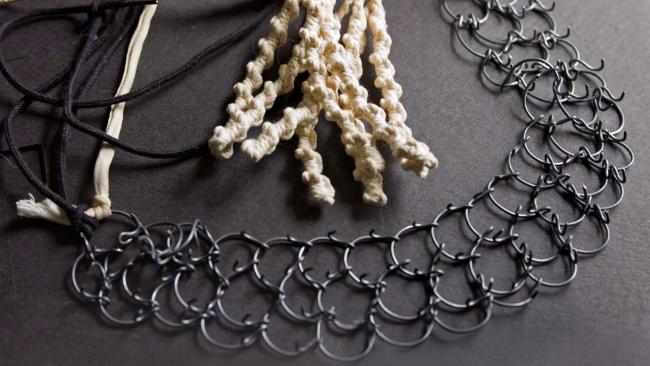 Sarah Cassidy is the sort of no-nonsense woman you might expect to be headmistress of a primary school. But Cassidy doesn’t do children, and she doesn’t do husbands, either. She’s 43, single and celibate – and determined to remain so. Each night, she fastens a wire chain, known as a cilice, around her upper thigh. The device has sharp prongs that dig into the flesh, though generally it doesn’t draw blood. To most people, it sounds a peculiarly masochistic practice. Yet Cassidy says it serves a very different purpose: it suppresses her desires and atones for her sins.

Quite what those sins might be is hard to imagine. For Cassidy isn’t just good, but very, very good. She doesn’t drink, abhors drugs and has never had sex. She’s also a senior female figure in Opus Dei, one of the most controversial forces in the Roman Catholic church. Portrayed as shadowy and sinister in Dan Brown’s bestselling novel The Da Vinci Code, the group has been accused of obsessive secrecy, elitism and misogyny, and criticised for its methods of recruitment.

But it’s the ‘mortification of the flesh’ – a ritualistic form of self-harming practised by many Opus Dei members – that’s attracted the most widespread condemnation.

In a bid to correct false impressions, Cassidy has agreed to meet me to discuss what attracts women like her to such an austere and, frankly, painful expression of faith. I meet her and fellow Opus Dei member Eileen Cole at the group’s $11 million London headquarters, where Cassidy now lives.

First, though, some background. Opus Dei (Latin for ‘Work of God’) was founded in Spain in 1928 by Roman Catholic priest Saint Josemaria Escriva. Its doctrine focuses on the lives of ordinary Catholics, who aren’t priests, nuns or monks, yet who believe that everyone should aspire to be a saint.

Today, the organisation claims to have 87,000 members worldwide, of which around 500 live in Australia. About 70 per cent are so-called ‘supernumeraries’ – married men and women with normal careers. They contribute financially to Opus Dei, and though not formally required to practise ‘mortification’, many choose to do so. More committed are ‘numeraries’ such as Cassidy and Cole, who pledge to remain celibate, generally live in Opus Dei houses scattered around the world, and often work directly for the organisation.

Mortification is part of their daily routine, including use of the cilice and periods of fasting. So, every evening, just before she does the washing up, Cole, 51, straps the strand of barbed wire round her leg and leaves it digging into the flesh for two hours. It sounds like agony, but she insists it’s “less painful than a bikini wax”. And besides, pain is the point.

“It’s an easy way of knowing you’re doing penance,” says Cole, who lives in an Opus Dei centre in London. “I wear mine above my thigh. If you go swimming, you don’t want to leave a mark from where it’s been. To be honest, it’s the fasting I find most difficult.”

Still, many of us would struggle to comprehend what drives two intelligent, articulate women such as Cassidy and Cole to cause themselves pain on a nightly basis.

Perhaps understandably, given some of its strictures, the movement is often condemned as a cult. Certainly, Cole’s parents saw it that way. Her mother has passed away and her relationship with her father remains strained. They couldn’t understand how their only daughter, who’d never given them a moment’s trouble, left home at 17 to join Opus Dei.

“I think they’d have been happier if I’d run away and joined the gypsies. They thought I was joining a cult. They were terrified.”

So how did she become involved? “I didn’t go to a Roman Catholic school and I had boyfriends from the age of 12, because that’s what I thought you had to do,” she says. “But I changed to an all-girls school and, suddenly, there was freedom. You didn’t have to have a boyfriend or flirt all the time.

“One of the girls in the sixth form belonged to Opus Dei. I told her I was a Catholic but didn’t know anything about it, so as well as partying all over London, I’d spend Mondays learning the catechism. And I just started talking to people about my faith. That’s what evangelism is – spreading the word.”

But, hadn’t the boyfriends and parties excluded her from becoming a senior official of Opus Dei – a role which demands celibacy? Cole forces a smile. “I wasn’t promiscuous, and I looked forward to a relationship within marriage,” she says. “As soon as I knew what it meant to become a numerary, it was like a lump in my stomach. Of course, it’s a huge sacrifice from day one to make the decision. But you’re doing it for the kingdom of heaven, which promises to reward you a hundredfold.”

Within months of discovering the movement, Cole was whisked away to Spain by her spiritual mentors, where she spent three weeks praying and considering her future. This was part of her training before she could become a full member and it was then that she began wearing the cilice. “The mortification helps you keep your passions under control and channel your energy,” she explains.

Critics have slammed Opus Dei for its methods of recruitment, which include ‘love bombing’ potential members with affection and praise. The requirement for recruits to hand over large proportions of their income has also raised concern. (Today, the organisation owns buildings worth millions of dollars all over the world, funded by member donations.) Meanwhile, members don’t normally divulge their involvement, leading to a concern that Opus Dei is seeking to establish itself as a version of the Freemasons.

Still, membership keeps growing by the thousands, with women particularly targeted. There’s even a Opus Dei magazine ‘for and by young people’, with articles such as ‘Six tips for the perfect picnic’ and ‘The internet detox’.

But this is no ordinary from of ‘sisterhood’. Unmarried male and female numeraries are segregated in the Opus Dei houses where many of them live, with only limited contact between the sexes. There’s also a subgroup of female numeraries known as ‘assistant members’ who perform the cooking, sewing and cleaning and ‘serve’ the men. (Men never serve the women.) I find one assistant member at the London HQ shut away in a room with her head bent over a pile of mending. It doesn’t look much like fun.

I wonder how an educated woman such as Cassidy, who studied physics at university, can condone such inequality. Again, she speaks of “God’s plan”. She was 19 and part-way through her degree when she decided to give her life to Opus Dei. She was also in a relationship with her first and only boyfriend, but maintains that a life devoted to faith was always on the cards. Her mother and uncle were both members of the movement.

“I’m not going to say I was running after celibacy, but it wasn’t so foreign. But sex wasn’t something that repulsed or frightened me,” she insists. “If I’d married, my ideal would have been sex with that guy. When I was little, I imagined I was going to get married and have children. But this is the vocation God gave me. It’s such a gift, and there’s so much love there.”

Cassidy is an enviably serene woman. The eldest of five (with four younger brothers), she was nine when her mother joined Opus Dei.

“I was an intense, reflective child and not very attractive,” says Cassidy. “My parents had a deep relationship with God and passed that onto us. We used to pray every day – say grace before meals and prayers before bed. We’d pray when my dad lost his job or I didn’t get the exam results I wanted, or when my mother lost a baby.

“She lost quite a few babies. But my mother always had this sense that God had a plan.”

For Cassidy, having a boyfriend didn’t seem as important as it was to everyone else. “I wanted to be a pilot. I had my first boyfriend at 19, and it was when I started going out with him that I began to realise I wanted something else.” The boyfriend, it turns out, was a fun, pleasant guy, but not a Catholic. “Yes, I kissed him. There was nothing wrong with the relationship, but I was at that stage in my life when I was going over what God wanted me to do. He was very understanding when I reached my decision that it was the end of the relationship. And it was always very clear I wasn’t interested in that experience.”

“I didn’t like the promiscuity at university,” she adds. “I rejected it as part of my lifestyle.”

But surely it’s a seismic leap from eschewing promiscuity to self-harming? Cassidy was 20 when she started wearing the cilice. “The first time you do anything that’s not particularly pleasant, you don’t like it. But, over time, it’s just something that’s there. The result is that you should be a much nicer person afterwards.”

Cole adds: “We live in such a materialistic, hedonistic society that people can’t understand you’d make yourself a little uncomfortable to help you be more mindful of God. They’ll understand if you go jogging just because you want to be thinner, but they won’t understand this.”

It’s a fair point. After all, which is more peculiar: women who endure the agony of, say, Botox injections or waxing, in order to be beautiful, or Opus Dei devotees who strap on a cilice as a sign of spiritual devotion? Still, I can’t help feeling that most women would consider it a strange God who requires them to do the washing up wearing a chain of barbed wire.