Opus Dei in the News 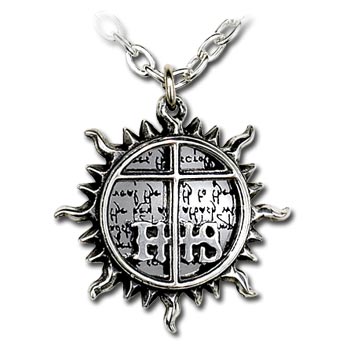 Religion, Terror and Parapolitics in Mumbai

"Hemant Karkare 54, Maharashta Police’s Anti-Terrorism Squad chief, additional commissioner Ashok Kamte and encounter specialist Vijay Saluskar were killed like street dogs, while all were in the Qualis jeep by the muslim terrorists sent by the terrorist Pakistan to kill Indians in Mumbai. Hemant Karkare, a 1982 batch IPS officer, was a international spy, working with the Research and Analysis Wing, Indian external intelligence agency, in Austria. Why this experienced international spy was sent back to Maharastra ATS to a lower level job as the head of ATS in Maharastra state in 2008 beginning? The only reason could be to create the Hindu Terror for Congress party and Sonia Gandhi to get muslim votes. Apparantly Karkare might have been compromised by OPUS DEI the international christian terrorist and spy organistion of the Church which is operating in India from 1993.
www.expressbuzz.com
•••••••
MORE Mumbai BLAST and OPUS DEI:

"The mystery of Hemant Karkare 1. China is telling the world that the Mumbai attack is by Hindu terrorists. Actually the credit hould go back to OPUS DEI that has planted Antonia Maino who has not even studied up to high school level in Italy, but sent to UK, as a housemaid to work in houses and bars to make a living. The only education this Italian girl had was one and a half months teaching at Cooks School in Cambridge on how to speak English. It was to Cambridge that a circumcised muslim Rajiv Khan, son of Maimoona Begum (Indira Priyadarsini) and Feroz Khan, was sent. Rajiv Khan was publicly known as Rajiv Gandhi as his parents have stolen the Gandhi surname to fool Indians. Antonia Maino was a part time p like any other girl in Cambridge and she had three regular customers, a German, Scindia, and Rajiv Gandhi. Opus Dei was the Rome equivalent of CIA to carryout assassinations and planting people to convert the whole world to Christianity."

... A top human rights prize from Peru´s umbrella human rights organization has been awarded this year to the US-based Catholic congregation Maryknoll for its more than six decades of work, defending Peru’s poorest and most marginalized populations.

The National Human Rights Coordinator presented Maryknoll with the 2008 National Human Rights Prize on Dec. 10., shortly after it was informed that ultra-conservative Bishop José María Ortega, a member of the Santa Cruz society, an affiliate of Opus Dei, in the highland department of Puno, will not renew its contract with the Juli Prelature there when it expires at the end of this year. ...

" ... For respecting women's decisions regarding their own pregnancies, he has already been targeted by a weird fundamentalist Catholic splinter group called Opus Dei – different from the Deccan Mujahadeen murderers of India only because their hatred and bigotry is excused by another version of God. ... "
http://www.nationnews.com/editorial/326003313278951.php
•••••••
UK: Opus Dei Member in Parliament

" ... Where senior politicians do have faith, it's occasionally problematic. Ruth Kelly, former transport minister, was a member of the creepily-titled Catholic group Opus Dei. It took a while to find that out, with Kelly insisting for years religion was 'a private mater.' Once it came out, her voting intentions - notably in the case of Catholics adoption agencies protesting gay equality legislation and the human fertilisation and embryology bill - came under sustained scrutiny. ... "
http://www.politics.co.uk/analysis/opinion-former-index/legal-and-constitutional/analysis-god-and-politics-$1254778.htm
•••••••
Is It Blasphemy To Ask If Jesus Was Married?
Meadow Free Press, ID - Dec 28, 2008

In a National Geographic program there was a Catholic padre of the sect Opus Dei who emphatically proclaimed that it was blasphemy to suggest that Jesus was ...