What do Southern Evangelicals Think about Torture? 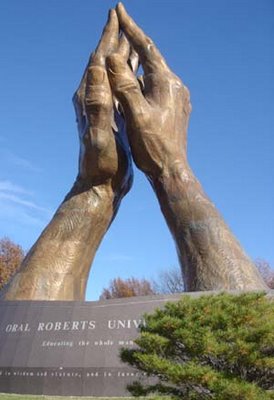 Results of a survey on that very question will be released Thursday. The press release below summarizes some of the findings: Results from New Evangelical Poll on Torture to Be Released

(ATLANTA) -- Results of a new poll on Southern Evangelicals' attitudes toward torture will be released at a press conference Thursday, Sept. 11, at 10:45 am. The press conference will be held on Mercer University's Atlanta campus during the opening day of A National Summit on Torture, and streamed live over the Internet.

Sponsored by Mercer University and Faith in Public Life and conducted by Public Religion Research, the poll is the first major survey of Southern Evangelicals on the issue of torture.

Among the key findings:

· While a majority of white evangelical Christians in the South think that torture is often or sometimes justified, they are significantly more likely to oppose torture if they rely on Christian teachings or beliefs to form their views on the issue.

· A majority of white evangelical Christians in the South agree with the Golden Rule argument against torture--that the U.S. government should not use methods against our enemies that we would not want used on American soldiers.

The results of the survey are based on telephone interviews with 600 white evangelical Christians in the South conducted under the direction of Opinion Access Corp. August 14-22.