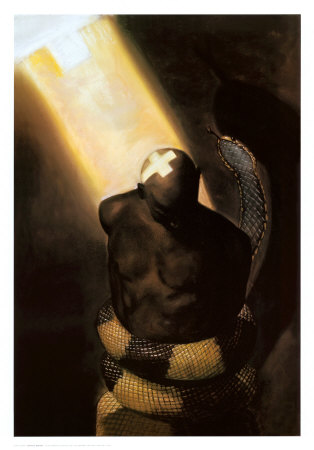 For a little more than one year now, a militant evangelical group has terrorized certain Amarillo citizens and businesses that the group deems to be immoral.

The group goes by the name Repent Amarillo, and first gained public notice by protesting a New Year’s Eve party at a swingers club in 2008. Its Web site is filled with militaristic rhetoric and imagery, and the group’s motto is, “We are the Special Forces of spiritual warfare.”

The main banner on Repent’s Web site even proclaims members to be soldiers in an “Army of God.” That phrase is not too far off from the term “Hezbollah,” which literally translates to “Party of God.”

Repent Amarillo spent the last year stalking and harassing members of a discreet swingers club while wearing military fatigues. Members protested at the club even when the building was leased out for other events, and trespassed on private property to protest at a swinger’s home.

Armed with license plate numbers which could only have been retrieved by an insider in the Department Public Safety, the group was able to obtain personal information on anyone who entered the club in a matter of hours, including home addresses and places of employment. The group then set out to destroy those people’s reputations, posting the personal information of swingers online and calling their employers.

Consequently a number of the swingers lost their jobs and have been effectively blacklisted in Amarillo.

Unfortunately, these despicable tactics have been successful. The club’s owners have not been able to rent out their building for events and have been forced to put the property up for sale.

But Repent Amarillo’s focus hasn’t been limited to the swingers club. It also managed to shut down a theater group’s premiere of Bent, a play about the persecution of gays in Nazi Germany, by complaining to the city about code violations.

The group’s site features a “Warfare Map” with targets including, but not limited to, gay pride events, Earth Day celebrations, breast cancer awareness events, “demonically-based” concerts and sexually oriented businesses. It has also targeted churches that members deem insufficiently Christian, and even a nature center that it claims holds pagan and witchcraft ceremonies.

Though it claims to be spreading the word of the Lord, Repent Amarillo’s actions are more reminiscent of Adolf Hitler’s brownshirts than any missionaries. Its primary concern isn’t spreading the faith, but shutting down objectionable events and businesses, similar to how the brownshirts harassed and attacked Jewish businesses.

To make matters worse, the group is expanding its focus.

After Houston elected Annise Parker mayor, the group started the Web site boycotthouston.com to protest the election of an openly-gay person. It’s almost certain Repent Amarillo will find sympathizers throughout the state and will expand its operations outside the Amarillo city limits.

So far, members have remained non-violent. The spiritual warrior rhetoric and the military fatigues may simply mean that they’re a bunch of idiots who want to play real-life G.I. Joe, but their tactics of intimidation indicate the potential for the group to turn into something worse. As its numbers grow, so does the likelihood that some members will start to take their warrior rhetoric seriously. If that happens, the state will have its very own Texas Taliban on its hands.

Hate groups such as Repent Amarillo need to be opposed at every turn. Its actions are wholly incompatible with civilized society and they are an embarrassment to Texans and normal Christians everywhere. If the group really wanted to serve the Lord, it wouldn’t be going around acting like a bunch of thugs. Of course, that doesn’t hold quite the same appeal for wannabe terrorists.