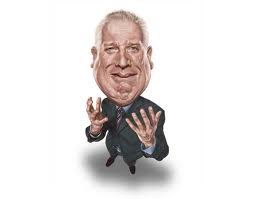 A coalition of rabbis wants Fox News chief Roger Ailes and conservative host Glenn Beck to cut out all their talk about Nazis and the Holocaust, and it's making its views known in an unusual place.

The rabbis have called on Fox News's owner, Rupert Murdoch, to sanction his two famous employees via a full-page ad in Thursday's editions of the Wall Street Journal - one of many other media properties controlled by Murdoch's News Corp.

The ad is signed by the heads of the Reform, Conservative and Reconstructionist movements as well as Orthodox rabbis.

"We share a belief that the Holocaust, of course, can and should be discussed appropriately in the media. But that is not what we have seen at Fox News," says the ad, signed by hundreds of rabbis and placed by the Jewish Funds for Justice, a nonprofit advocacy group. Earlier this month, the group organized a letter-writing campaign asking Murdoch to remove Beck from the air.

The rabbis were prompted by Beck's three-part program in November about liberal billionaire philanthropist George Soros, whom Beck described as a "Jewish boy helping send the Jews to the death camps" during World War II.

Soros was a young teenager in Nazi-occupied Hungary during the war and hid with a Christian family to escape the Holocaust. He once described accompanying his surrogate father while he confiscated property from Jews deported by the Nazis.

Ailes, in a November interview with the Daily Beast Web site, called NPR executives "Nazis" for their decision to fire Juan Williams, also a Fox commentator. He later apologized to the Anti-Defamation League, but not to NPR, saying, "I was of course ad-libbing and should not have chosen that word, but I was angry at the time because of NPR's willingness to censor Juan Williams for not being liberal enough."

But Ailes, in the same interview, defended Beck's frequent use of Nazi references to describe his political opponents by attributing outrage over such remarks to "left-wing rabbis who basically don't think that anybody can ever use the word 'Holocaust' on the air."

In the Journal ad, which is also appearing in the Jewish Daily Forward newspaper, the rabbis write that they are "deeply offended" by Ailes's dismissal of those who object to such language.

"We respectfully request that Glenn Beck be sanctioned by Fox News for his completely unacceptable attacks on a survivor of the Holocaust and that Roger Ailes apologize for his dismissive remarks about rabbis' sensitivity to how the Holocaust is used on the air."

Thursday is International Holocaust Remembrance Day, an observance established by the United Nations in 2005.

"This is not an issue for liberal or conservative rabbis, but an issue for all," said Mik Moore, chief strategic officer of Jewish Funds for Justice. "After all the calls for civility following the shootings in Arizona, we all think this is the wrong approach." Moore declined to specify the cost of the ad, saying only that it cost "six figures."

A Fox News spokesman did not return calls seeking comment.