Vietnam War Protestors were “Idiotic,” According to the NEW Wall Street Journal - The Constantine Report
0 SHARES 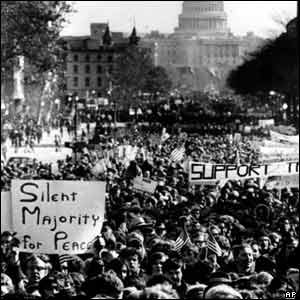 Forty years ago this autumn, riled up by the impudence of the era's left-wing student protesters and by the idiotic profusion of their complaints, I started an off-campus magazine at Indiana University to protest the protesters. Neither they nor my magazine has disappeared, and we remain at each other's throats. Yet to my satisfaction The American Spectator's beliefs remain unchanged.

As for the 1960s protesters, they have had to cool their rancors to remain on the national scene, and sidle toward "centrism" -- a centrism shaped more by my libertarian and conservative mentors than by their Saul Alinskys and Herbert Marcuses. Equally to my satisfaction, the inchoate conservative journalism of 40 years ago has grown in mass and in variety. We are in print, broadcast, and in media unimaginable in 1967: talk radio and the Internet.

"We are now more respectable," Robert ["Plame Outer"] Novak observed when interviewed for this piece, "less pariahs." Rush Limbaugh went further. "We have destroyed the liberals' media monopoly," he told me.

Back in 1967, liberals did indeed monopolize journalism, which was the way they thought things were meant to be. Yet events and personalities are borne on the currents of history, and those currents were picking up velocity in the late 1960s. 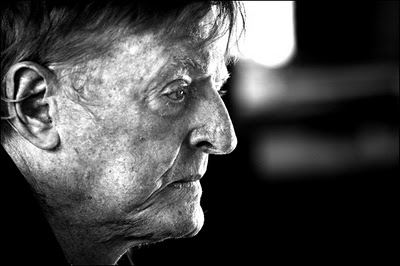 When I began The American Spectator in a farmhouse on the Indiana countryside, about the only conservative journalists of national stature were columnists such as James Jackson Kilpatrick and John Chamberlain. They were generally polemicists, though they often had a newspaperman's background. One, however, was more sophisticated -- William F. Buckley Jr. He was urbane, witty and erudite. What is more, he had a magazine that he had founded, National Review.

For me and for the other anti-radical students then founding off-campus magazines, Mr. Buckley was the prototype. His magazine was iconoclastic and combative toward the fatuous liberal-left. It published a gallimaufry of newspaper journalists (for instance, M. Stanton Evans), worldly academics (for instance, Prof. Hugh Kenner) and intellectuals such as Frank Meyer. Mr. Buckley's presence discomfited the liberal journalistic establishment, and for them conditions were about to worsen.

Other varieties of journalists were joining the growing community of conservative writers. Breaking away from the liberal establishment were the likes of Irving Kristol. He and his cohorts were the first and only genuine "neoconservatives," that is to say, they were fallen-away liberals. With résumés that featured some sort of left-wing radicalism (usually Trotskyism) in their youth and stints at Time/Life or in New York publishing, these neoconservatives brought something new to conservative journalism, to wit, social science, classical philosophy and an aptitude for writing elegant high-brow essays on a range of otherwise boring topics such as income distribution or fertility rates.

Though but a pup, I welcomed them into The American Spectator, where it was a little easier for them to operate than in the pages of NR, whose writers had been deprecating them for years. Eventually most conservatives accepted Mr. Kristol and his friends, who soon accepted us. After all, liberalism was becoming ever angrier and given to fantasies. It was not a fit environment for the neoconservatives' cool reason.

More reinforcements were on the way. By the early 1970s, I became increasingly aware that the conservatism of The Wall Street Journal's editorial page was taking on an edge. Its editor, Robert L. Bartley, had also become friendly with the neoconservatives, particularly Mr. Kristol. Their social-science analysis of public policy and their Straussian appreciation of classical philosophy were challenging liberal pieties on Bartley's pages.

He and Mr. Kristol had become interested in what was being called supply-side economics, and the supply-side critique of the liberals' "mixed economy" offered a dynamic alternative to old-fashioned conservative budget-cutters. In the Journal's editorials, Bartley developed one of the few journalistic innovations of the late 20th century, a combination of traditional editorial sermonizing with something new -- analysis and reportage -- all in one editorial.

General reporting was also adding to conservative journalism's weaponry -- through the example set by the syndicated column of Evans & Novak in the 1970s.

I took the hint, and by the late 1980s and early 1990s The American Spectator was relying on ever more investigative reporting while continuing to publish traditional polemicists and all-purpose intellectuals. Some of that reporting delivered stories that inspired such now familiar terms as "Troopergate" and "Travelgate," as well as a term that apparently will live in liberal infamy, "The Arkansas Project." The Arkansas Project was a wisecrack of mine relating to a series of stories that the magazine published about the Clinton administration's misdeeds, some minor and amusing, some more serious but still amusing. To this day the facts of those stories have yet to be disproved, infamous though they have become.

Still, the currents of history have continued to change journalism and conservative journalism with it.

Talk radio represents a revival of the traditional conservative polemicist. The master of the art is Rush Limbaugh. His daily commentary on the news has revived the conservative journalism that I knew in the late 1960s. It is polemical and satirical and vastly amusing, and boy does it stir up the liberals -- so much so that they now question the value of the First Amendment. On Capitol Hill there are intimations that the time has come to disinter the ancient and anachronistic Fairness Doctrine, thus allowing the federal government to influence the content of talk radio.

My guess is the effort will fail, in part because of the latest innovation in communications, the Internet. Web sites and the blogs allow a multiplicity of outlets for free speech, demonstrating that there is no need for the Fairness Doctrine, which if ever reintroduced would be inherently unfair and repressive.

"It is profound what has happened," Rush asseverated when I asked for his reflections on the past four decades. "You and Bartley and Buckley established the foundation." Well, Rush there were a few others, but thanks.

"We came in the late 1980s," he went on. "We were happy, upbeat, optimistic about the country and the future." The left-wing liberals' response has been "rage, anger and pessimism . . . people don't want to hear it," Rush said. "When I began in 1988 the liberals had had their monopoly for so long they had become arrogant." They would present "lies and deceits as truth." "We exposed them," he said, which only "increased their anger about present-day America."

Rush has something there when he talks about liberal "lies and deceits." Certainly, in 40 years of conservative journalism, neither I nor any of the giants whom I have followed was caught in such huge journalistic frauds as the New York Times's Jayson Blair stories, Dan Rather's hoked-up National Guard story on George W. Bush, or the New Republic's mythopoeic pratfalls with Stephen Glass and now the "Baghdad Diarist." 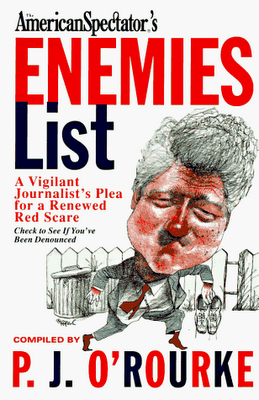 Yes, Rush, we conservative journalists are happier than the opposition, and looking back on it we have been more accurate. "The story of the conservatives' destruction of the liberal media monopoly has not been told and will not have an objective historian until we are gone," Rush concludes.

OK Rush you are right, but neither of us is going away for a longtime, agreed?

Mr. Tyrrell is the founder and editor in chief of The American Spectator, a contributing editor to the New York Sun, and the author most recently of "The Clinton Crack-Up: The Boy President's Life After the White House" (Thomas Nelson, 2007).

Hacking Away at News Corp.

Concocted Evidence: Briton Jailed for Daniel Pearl’s Murder is ‘Likely to be Freed’