"A major federal investigation has found that dozens of military officials and defense contractors, including some with top-level security clearances, allegedly bought and downloaded child pornography on private or government computers.

The Pentagon on Friday released investigative reports spanning almost a decade that implicated individuals working with agencies handling some of the nation's most closely guarded secrets, including the National Security Agency and the National Reconnaissance Office, which operates U.S. spy satellites. ... " - The Early Show | July 24, 2010 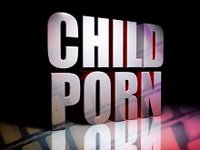 In a reversal, the Pentagon says it will reopen hundreds of cases of alleged purchases of child pornography by Department of Defense employees that Pentagon officials previously declined to investigate, The Upshot has learned.

Earlier this month, The Upshot reported exclusively that in 2007, investigators for the Defense Criminal Investigative Service obtained a list of 264 military service members, civilian employees and contractors for the Department of Defense who had used credit cards or PayPal to purchase access to a child pornography website. But the DCIS, citing scarce resources, pursued only 52 of the names before closing the project -- known as Project Flicker -- in 2008. Since no further public information on the cases was made available, it appears that the other people on the list of suspected child-pornography patrons were able to continue their careers without any interruption that stemmed from the investigation.

But today, the Pentagon official in charge of DCIS told The Upshot that he has ordered the remaining cases reopened. "I have tasked Defense Criminal Investigative Service representatives with reviewing each and every Project Flicker and related referral DCIS received so as to ensure action was taken regarding these allegations involving employees of the Department of Defense," Deputy Inspector General for Investigations James Burch said in the statement Wednesday.

Burch announced his decision to revisit the cases, which had been abandoned for two years, in response to inquiries from The Upshot.

Project Flicker began in 2006 as an Immigration and Customs Enforcement Bureau investigation targeting overseas processing of payments for online subscriptions to child pornography websites. In the course of the inquiry, ICE agents obtained a list of names and account information for more than 5,000 U.S. residents who had purchased subscriptions to such sites using their credit cards or PayPal accounts. Some of them used .mil e-mail addresses, or physical addresses on or near military installations, so in 2007 ICE handed the list to DCIS agents to identify and investigate any military members.

DCIS came up with 264 active-duty and reserve military members, civilian employees and contractors on the list, including more than 70 with security clearances and 22 with Top Secret clearances. Among them were a contractor for the super-secretive National Security Agency, a staffer in Defense Secretary Robert Gates' office, and a program manager for the Defense Advanced Research Projects Agency. But DCIS only opened investigations into 52 of the names, according to investigative documents obtained by The Upshot under the Freedom of Information Act, and only 10 were ever charged. According to the documents, the project was closed in 2008 "due to the need to focus more resources on other DCIS investigative priorities." DCIS is primarily concerned with contractor fraud, and generally doesn't pursue child pornography cases.

A source familiar with the investigations confirmed to The Upshot earlier this month that DCIS simply "didn't have the resources to run with it," so the agency picked the most sensitive cases -- individuals with Top Secret clearances, or people who worked at sensitive military installations -- and ignored the rest. According to the documents, there no systematic effort to alert the individual military service branches' criminal investigative commands, or even superiors or commanding officers, to the presence of hundreds of alleged child pornography patrons in the Defense Department. (The Air Force Office of Special Investigations, which investigates criminal matters for the Air Force, says it received no referrals from DCIS, but did launch three investigations based on names received from ICE. The Army's Criminal Investigative Division says it doesn't know how many, if any, names DCIS referred. The Naval Criminal Investigative Service did not respond to inquiries.)

Based on the documents released via FOIA, it is impossible for DCIS to have pursued every purchaser with a security clearance -- 76 of the names had Secret clearances or higher, and only 52 were investigated. Kenneth deGraffenreid, one of the nation's top former counterintelligence officials, told The Upshot last week that the Pentagon's failure to run down at the very least every name with a clearance was "absurd," and that foreign intelligence services are actively seeking people who have both access to America's secrets and terrible secrets of their own that make them vulnerable to blackmail.

In his statement, Burch said that even if criminal charges were not pursued against the remaining names on the list, DCIS would take steps to alert their superiors for administrative action. Here's the full statement:

I have tasked Defense Criminal Investigative Service representatives with reviewing each and every Project Flicker and related referral DCIS received so as to ensure action was taken regarding these allegations involving employees of the Department of Defense. If circumstances dictate, additional appropriate steps will be taken to ensure allegations involving DoD employees are thoroughly explored. In situations whereby criminal charges will not be pursued, relevant information will be referred to the leadership of appropriate DoD organizations for administrative action deemed appropriate.