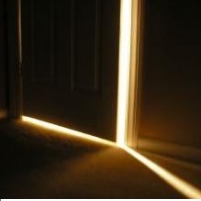 After concealing highly-secretive investigations for more than 60 years, the FBI has released a small volume of documents from its little known “special file room” in Washington, DC. The room, created by former FBI Director J. Edgar Hoover, was first established in 1948 and has held files containing information on threats to the nation…as well as domestic spying on Americans.
The confidential documents include information about American radar designed to spy on the Soviet military and evacuation plans for Washington in case of attack. Other records cover potential threats to smuggle nuclear weapons into the U.S.
Some files have details about spying on U.S. allies during the Cold War, including Greece, Panama, Guatemala, Dominican Republic, Nicaragua and Sweden. The FBI also spied on gay rights groups in the 1950s and 1960s,
Other files refer to Adlai Stevenson, Frank Sinatra, Jimmy Hoffa, Adolph Coors, the assassination of Robert Kennedy, the still-unexplained crash of a Pan Am flight on November 8, 1957, “Proposed Plan for Intelligence Coverage in Alaska in the Event of an Invasion,” and “Sex Perverts in the Gov’t.”
The secret file room is still in use today. Only a small portion of its records have been revealed, thanks to an anonymous researcher who turned over hundreds of documents to the Boston Globe. They are now available online at GovernmentAttic.org.
FBI Gives a Glimpse of Its Most Secret Layer (by Bryan Bender, Boston Globe)
Federal Bureau of Investigation (FBI) records relating to Confidential Files Maintained In Room 6527 (pdf)
http://www.allgov.com/Controversies/ViewNews/FBI_Releases_Files_Kept_in_Room_Filled_with_Secrets_100331
- Noel Brinkerhoff, David Wallechinsky