As a witness in the parliamentary inquiry looking at a 10-year string of neo-Nazi murders, August Hanning has criticized the work of Germany’s foreign intelligence service, which he himself headed for nearly a decade.

Speaking with the benefit of hindsight, August Hanning, the former president of Germany’s foreign intelligence service BND, said his agency had “underestimated” the structures and readiness for violence in Germany’s extremist right-wing scene.

On Friday (30.11.2012), Hanning spoke in front of an inquiry board of the German parliament investigating a string of neo-Nazi murders committed by the terrorist group the National Socialist Underground (NSU) between 2000 and 2007. The terror cell was only uncovered in November 2010.

It’s easier to find a needle in a haystack “when you know where it is,” Hanning said. The board of inquiry, however, had expected more from Hanning’s testimony. There are, after all, only a few who know as much as he about security services. Hanning became the BND president in 1998. Before that, he was the chancellery’s coordinator for Germany’s intelligence services. Aside from the BND, that includes the Military Counterintelligence Service (MAD) and the Federal Office for the Protection of the Constitution (BfV).

Despite his years of experience and some evidence pointing to extremist right-wing activity, Hanning said he was “surprised” when the background to the string of murders was revealed.

For years, the police believed the killings were connected to organized crime, with not enough evidence pointing to a xenophobic background. But there were doubts about that theory. For example, it would have been atypical for someone from the world of organized crime to use the same gun for all the recorded killings, and the NSU’s victims were all killed with the same “Ceska” pistol.

“I believe we did not look enough abroad, in neighboring countries,” Hanning admitted. Contacts to the right-wing scene in the Czech Republic, in Sweden and Belgium were known, he said. Those contacts did seem like networks, but no one deducted from this that there might be terrorist structures within Germany.

The one lesson that Hanning took from the failed investigations on the NSU murders: Germany’s security apparatus needs to be reformed.

All agencies to Berlin

The failure in the NSU case can be an opportunity for change, Hanning said. What the now-retired expert suggests is to bring all the agencies together in Berlin. Currently, the BND is headquartered near Munich, and plans to move to Berlin are to be realized by 2014. However, both MAD and BfV have no plans to move from their current headquarters in Cologne.

Despite all the criticism, Hanning insisted that the security authorities had essentially been properly doing their job. And he maintained that the fusion of the sections on right-wing and left-wing extremists in 2006, due to budget cuts, was the right decision at the time. The focus back then had been on Islamist terror. 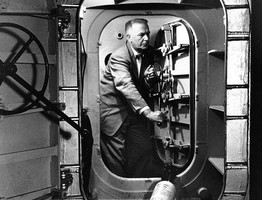